Well… we made it!  This year in film has been a wild ride.  From critical darlings such as Moonlight, Arrival and Deadpool to utter disasters like Independence Day: Resurgence, Nine Lives and Dirty Grandpa, 2016 was a very interesting year for the film industry.  As the year draws to a close, I managed to rank the 10 best movies I saw in 2016!

*IMPORTANT* this list is purely based on my personal preference.  I ranked these movies based on how much I enjoyed them.  Critic reviews did not influence how I listed these films, nor did awards won by certain films.  I took every aspect of a film I could think of when ranking them.  This included acting, writing, music, cinematography, editing, etc. Now… onto the list! 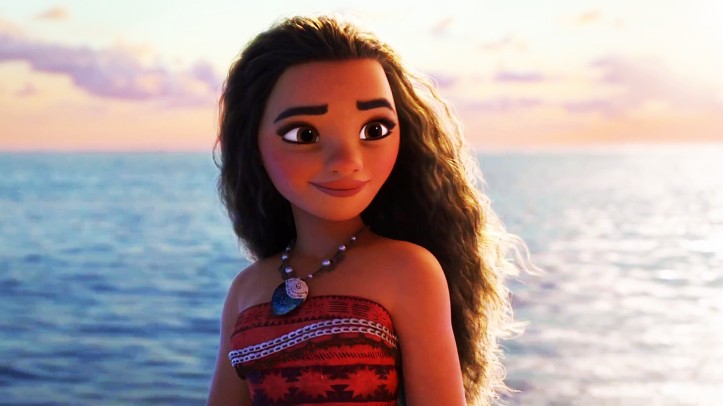 In what is probably not a shock to anyone, 2016 was Disney’s year.  Moana, directed by Disney regulars John Musker and Ron Clements, is one of the most beautifully animated films I have ever seen.  From its entertaining voice over work done by Auli’i Cravalho and Dwayne Johnson to its stunning original score composed by Mark Mancina, Lin- Manuel Miranda and Opetaia Foa’i, Moana is a film that entertains on all fronts.  Its blend of 2-D traditional animation and 3-D CGI animation solidifies this film as one of Disney’s best entries into their new renaissance. 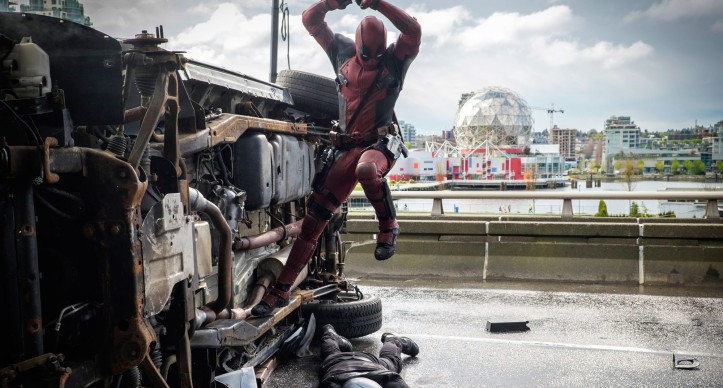 Deadpool was probably the biggest surprise of 2016.  For a film that has been in developed for 10+ years, fans finally got the fourth wall breaking psychopath they always wanted.  Directed by Tim Miller, Deadpool has gone from being the disaster of the X-Men franchise (thanks to X-Men Origins: Wolverine) to reaching popularity levels that can only rival franchise favourite, Wolverine.  Deadpool is a comic book accurate version of the anti-hero that demonstrates that R-rated comic book films can succeed. From hilarious dialogue to blood-filled action sequences, Deadpool is a giant win for the superhero genre.

J.A Bayona continues his trend of fabulous filmmaking with the gut-wrenching drama, A Monster Calls.  The film is a stunning, brutally emotional look at how a young child copes with the death of his mother.  A Monster Calls includes spectacular acting from Lewis MacDougall with superb supporting roles from Liam Neeson, Toby Kebbell and Sigourney Weaver.  The film has some of the most beautiful visual effects that come in the form of the titular monster and the watercolours Bayona uses for the stories told by the monster.  There are scenes that will make your heart break and lift your spirits and is another definite win for the future Jurassic World 2 director. 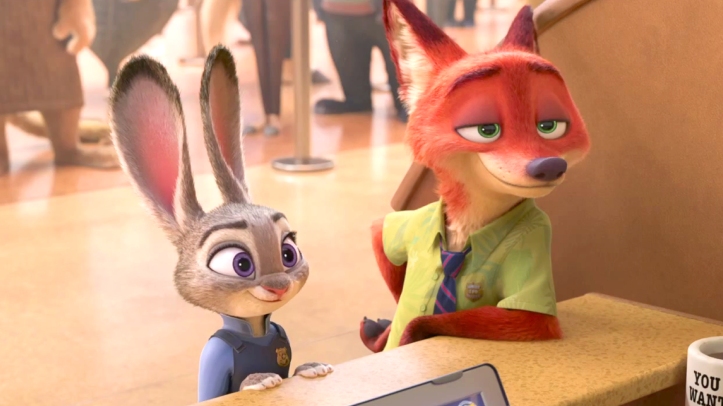 At number 7 we have the second of five Disney films that have made my list, Zootopia.  From Rich Moore and Byron Howard, Zootopia is a one of the best animated films Disney has ever produced.  The film includes a wonderful voice cast led by Ginnifer Goodwin and Jason Bateman, beautiful CGI animation, hilarious dialogue and its thought-provoking themes that include social stereotypes and discrimination.  A brilliantly well-rounded film, Zootopia offers both older and younger viewers a fantastic movie experience that demonstrates Disney as its best. 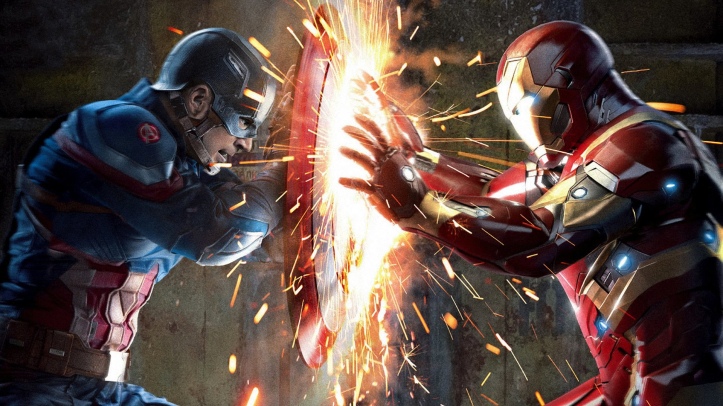 The film that I think is the best superhero movie of 2016, at number 6, we have Captain America: Civil War.  A film that includes some of the best comic book movie performances, led by the always charismatic, Robert Downey Jr. and two of the best action sequences in the superhero genre, Civil War stunningly demonstrates real conflict among characters that Marvel has been growing since 2008’s Iron Man.  The film contains the magnificent debut of fan-favourite characters Spider-Man and Black Panther, and wonderful visual effects that only support the claim that Marvel has a firm hold over the comic book film industry. 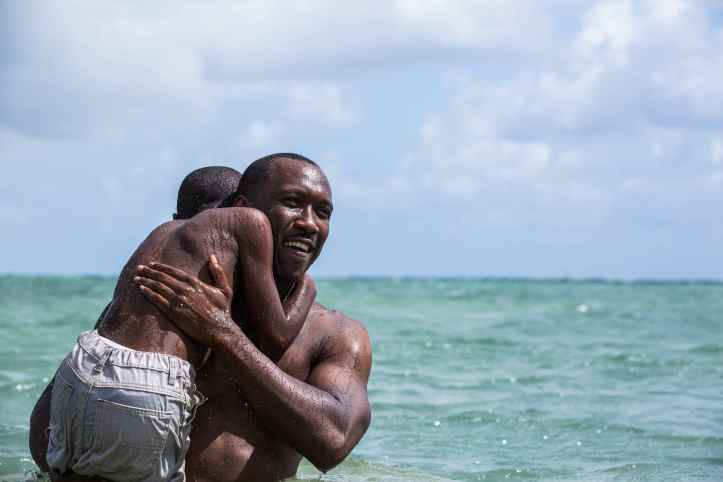 Moonlight is a film that I actually hadn’t heard of until early November.  However, after hearing all the praise, I knew I had to see this film.  Moonlight comes from Barry Jenkins and is a breathtaking portrayal of school violence, drug abuse and growing up poor.  The film impressively uses one man’s story and creates an extraordinary tale that is not often seen in cinema.  Moonlight includes an amazing original score, beautiful cinematography and marvellous performances from Trevante Rhodes and Mahershala Ali that once again proves that Barry Jenkins is one of the best directors working today. 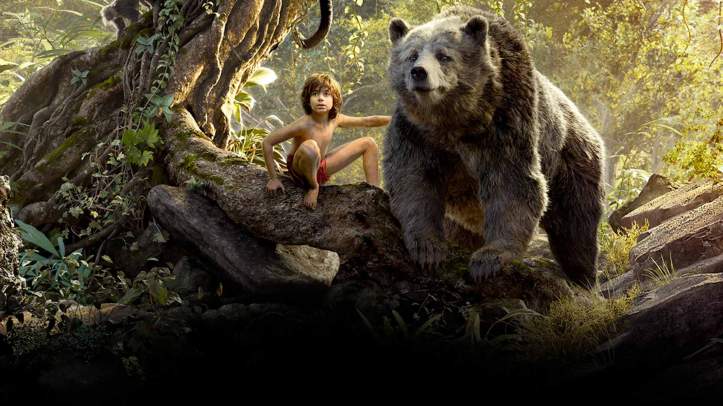 For me, the original 1967 version of this film has always been one of my favourites.  So, when Disney announced that they were remaking it with director Jon Faverau, I was a bit hesitant.  Fortunately, not only did Disney recreate the 1967 classic, they improved upon its predecessors, creating a visually stunning, well-acted film that sets a new standard for all films looking to use CGI.  The Jungle Book includes an ensemble of talented actors led by Neel Sethi as Mowgli and Bill Murray as Baloo the bear and is one of the most beautifully shot films of 2016.  From John Debney’s wonderful original score to Idris Elba portraying one of the scariest villains of the year, The Jungle Book is a cinematic wonder that will be remembered for years to come. 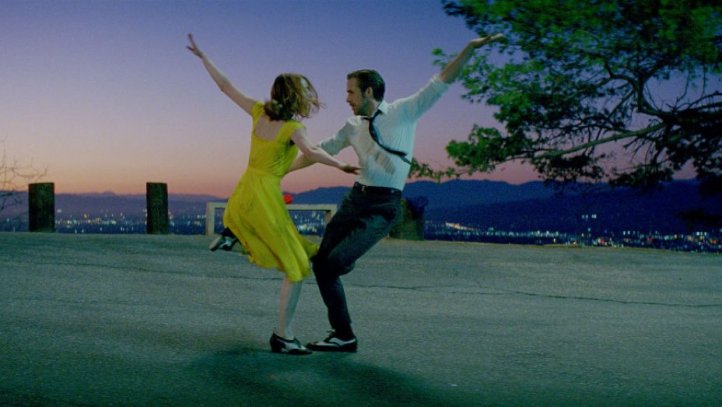 First and foremost, I have never been a big fan of music movies.  They’ve just never been my cup of tea.  However, after seeing Damien Chazelle’s La La Land, I can say that this film has changed that.  Chazelle wowed audiences with his 2014 surprise smash hit Whiplash and La La Land shows that the young director has no plans of slowing down.  Starring the wonderful pairing of Ryan Gosling and Emma Stone, La La Land breathes new life into the fading musical genre with a wonderful musical score, incredible performances and an incredible screenplay written by Chazelle himself. 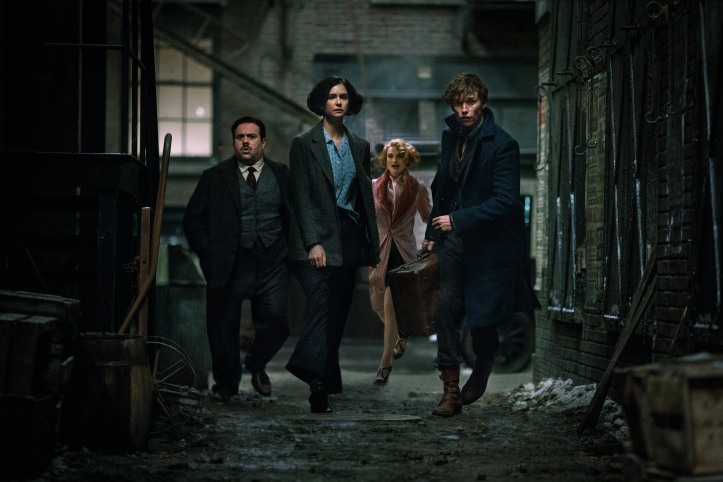 Five years after the Harry Potter film series concluded, the wizarding world returned in a big way with the prequel smash hit, Fantastic Beasts and Where to Find Them.  Directed by Harry Potter veteran David Yates, Fantastic Beasts delivers a prequel-spinoff that expands the rich environment of the wizarding world with stunning visual effects, a tremendous lead performance from Eddie Redmayne and a dazzling musical score from James Newton Howard that blends original compositions with John Williams’ iconic riffs from the main series.  For a film that could have very well turned into Star Wars: The Phantom Menace, Fantastic Beasts draws on Harry Potter’s plentiful mythology to convey a movie that astonishes with franchise-building magic all its own. 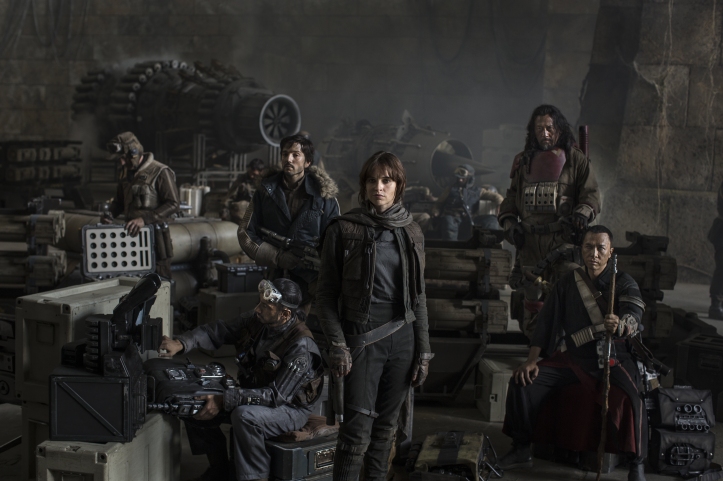 This was my most anticipated film of 2016 and boy did it deliver.  Rogue One: A Star Wars Story is a near perfect film in my opinion.  The film expands the Star Wars lore by telling a character-driven, action spectacle that enhances the overarching narrative of the Star Wars galaxy.  It is a gritty war film that relies on a wonderful blend of practical and CGI effects and introduces viewers to a crueler, more realistic Star Wars story.  The film comprises fantastic performances from Felicity Jones, Donnie Yen and Alan Tudyk, bombastic action set pieces and one of the most incredible Darth Vader scenes in Star Wars history.  Michael Giacchino’s original score incorporates themes from John Williams’ iconic music while still bringing a breath of fresh air for the music of Star Wars.  This is a tremendous film and is my definite pick for the best movie of the year.