This week’s episode of American Gods may be the best one yet, though as there are only three episodes, that’s not saying much.  The season’s central narrative moves forward with a fresh bit of comedy, and other old gods experience the pitfalls of being an immigrant in America. 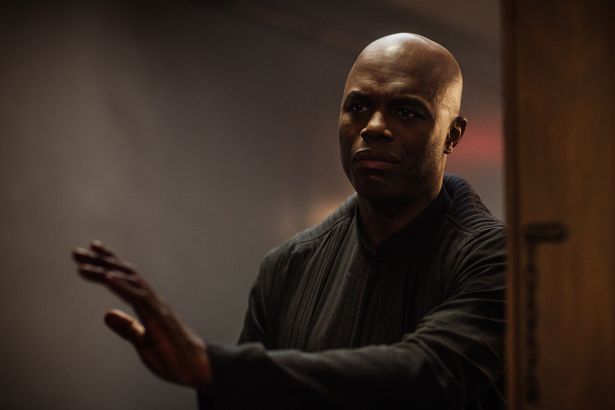 The highlight of the series thus far has been the various plot threads that explore the old god’s lives in America.  The episode’s opening introduces us to the Egyptian God of the afterlife, Anubis, who ferries an elderly woman into the afterlife.  The woman once believed in the Egyptian gods as a child, allowing Anubis to come for her.  The gods are bound to faith and ideas, and it seems even the smallest of belief is enough for them.  However, it also shows how the gods cling to what little faith they can find in individuals.  Biliquis is notably absent this episode, but the plights of two other previously encountered gods are covered.  The aside normally given to Bilquis in the previous two episodes now features Jinn.  The once well known god is shown as a cab driver, who encounters a fellow immigrant on the job.  The long and graphic sex scene is another example of the old gods getting faith where they can.  Jinn, like Bilquis, is also trying to find his place in America.  These side-plots are the highlight of each week, and speak to the larger themes present in the series.

There’s a great reference to how Jesus works in the series, with Wednesday mentioning there are multiple Jesus’ based on interpretation. Considering the wide spread of Christianity, it would make sense that the various Jesus’ do well for themselves in comparison to the pagan gods.  Shadow’s challenge to Czernonbog about his waning ability to kill with one hammer strike, cut Czernobog deep due to the lack of power he possesses in America.

Belief seems to be a very important aspect of the series, with many characters telling Shadow that he believes in nothing, and Wednesday trying to convince Shadow to believe in him.  Shadow’s faith in things has come into doubt after everything he believed in (his marriage and friendship) fell apart, with Shadow’s larger character arc being about finding faith in something.  Now what he finds faith in will probably be something deeper and more complex than the gods, but I believe it’ll take a season or two to find this out for ourselves.  Mad Sweeny continues to be one of the most entertaining characters so far, with his interaction with Shadow proving to be as entertaining as Shadow’s scenes with Wednesday.  Speaking of which, the bank robbery was a light and funny break from the show’s generally grim atmosphere. Wednesday’s plan to rob the bank was unconventional, but seems less risky than the more traditional form of bank robbery.  Whittle and McShane play well off each other, bringing great delivery to some pretty funny dialogue. 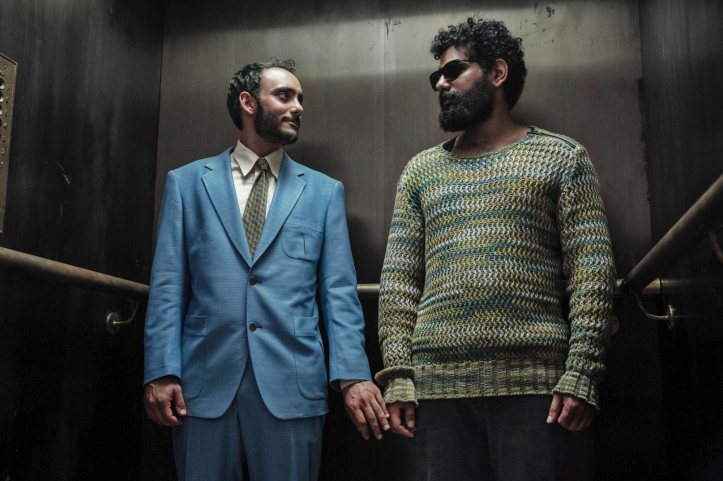 This episode features two scenes in which characters are transported to desert scenes, which look great.  The sex scene with Jinn goes further than the opening, as the two participants become part of the stars in the sky.  The scene on the rooftop with Shadow felt earie, with one foot out of reality.  The one problem this show seems to have is cueing its viewers into what the show is actually about.  Most of the information regarding the American Gods’ premise and mythology comes very subtly, though I’ve read the book so it’s easier for me to put them together.  While I enjoy this approach as it requires more thinking on the viewers part, it can at times be very frustrating.