75 years.  It took 75 years for Wonder Woman to make her big screen debut in 2016’s Batman V Superman: Dawn of Justice and it was incredible.  Gal Gadot stole every scene she appeared in but it still wasn’t her film.  Fast forward one year later and the day has finally come.  Wonder Woman, directed by Patty Jenkins finally has the character take centre stage for the first time.  With the DCEU being, divisive, fans were cautiously optimistic about how the final product would turn out.  Despite the divided response to the last three films, Wonder Woman stands out as the best DC film since The Dark Knight and proves that, not only was taking the risk of making a standalone Wonder Woman film worth it, it is a sign of great things to come for DC films.

Wonder Woman tells the origin story of Diana, Princess of Themyscira who trains to become an unconquerable warrior like her fellow amazons.  When American pilot Steve Trevor crashes on the sheltered island, Diana finds him and he tells her of a massive war that’s raging the world of man.  Convincing her mother that she can stop this threat, Diana leaves the island for the first time.  Fighting alongside men in the Great War, Diana will finally discover her true powers and true identity. 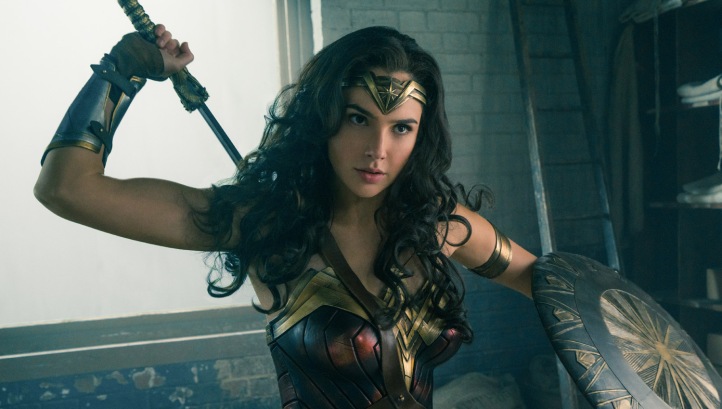 Gal Gadot is Wonder Woman.  Like Hugh Jackman is Wolverine and Robert Downey Jr. is Iron Man, Gal Gadot is fantastic as DC’s flagship female hero.  She delivers a multifaceted and captivating performance while creating a heroic figure who refuses to shy away from a fight.  The battle sequences demonstrate that she is one of the most capable action stars currently working as she throws herself into a massive amount of physicality on screen.  Her deadpan response to the grim London setting and how women are treated in a time where man ruled all provided some of the most hilarious and emotional moments of the movie.  This is not the Wonder Woman in BvS.  Diana does not understand why people will not fight to defend others or why she is not allowed to be in a room filled with men.  Gadot mixes idealism with wonder in her performance and this film allows her to truly take the training wheels off and command the screen.

On the supporting side, we have Chris Pine who arguably delivers the best performance of his career as American spy pilot, Steve Trevor.  Pine and Gadot demonstrate superb chemistry together, lighting up the screen with sensitive and humorous moments.  His responses to Diana speaking about her life on Themyscira were both hilarious and realistic.  His morally complex and action-packed take on Trevor will go down as one the best roles of his career.  Connie Nielson as Diana’s mother Hippolyta and Robin Wright as General Antiope were both fantastic performances.  The ideologically opposed sisters provided great folds for Diana with Wright giving a primitive and engaging look as the Amazon general and Nielsen playing the over-protective mother role very well.  Lucy Davis as Steve Trevor’s secretary, Etta Candy was hilarious.  If this film needed anything, it was more of her character.

Danny Huston and Elena Anaya as twisted villains General Erich Ludendorff and Doctor Maru (Doctor Poison) were excellent.  They were straight and to the point and had purpose as to why they were evil.  David Thewlis’s role as Sir Patrick Morgan was also quite intriguing.  He added an intriguing dynamic to the film and provided levity to some of the more grim scenes. 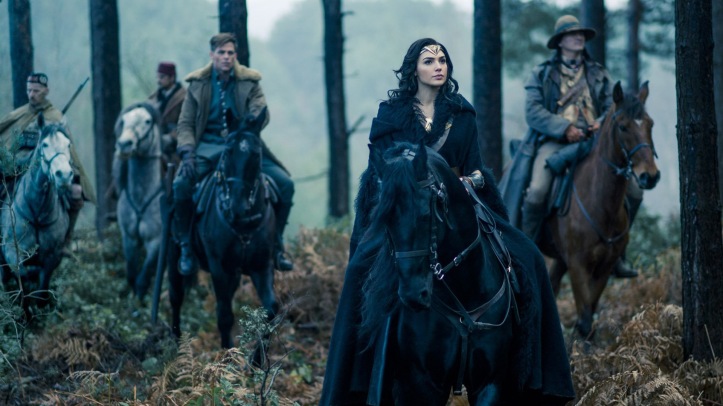 I thought the setting for the film was perfect for the story Jenkins and DC were trying to tell.  Despite the character being created during World War 2, it made sense to set this film during the First World War.  This was the first war of its magnitude.  The thought of a war ravaging the entire earth is the perfect thing to bring the always sympathetic and idealistic Diana out of the island and into the grim world of man.  The setting also allows for a more self-contained story.  Being set long before Superman’s arrival and the emergence of Batman, Wonder Woman is mainly concerned with telling its own story without any baggage from the rest of the DCEU.  The film stands out as a nicely assembled narrative that feels more like a tremendous standalone movie instead of a bridge to bigger things in the DCEU.

In addition to the setting, where Wonder Woman really succeeds is in its humor and tone.  Unlike previous DC films, which might have not enough humor, and Marvel Cinematic Universe films, which usually has too much, Wonder Woman strikes the perfect balance between its humor and emotional moments.  The comedy works and it usually stems from Diana’s naïve nature in the outside world.  The tone of the film was fairly consistent throughout, keeping its hopeful and cautious nature during the full 2 hours.

Patty Jenkins deserves a lot of credit for how this film turned out as her willingness to tell a story that faithfully adapts its source material is one of the film’s greatest strengths.  Wonder Woman is a hero that is more than just a symbol.  She accepts her role as defender of man and has an overall hopeful outlook on life.  Jenkins must also be commended for absolutely crushing it with the action sequences.  One thing that I think almost all fans can agree on is that the DCEU has incredible action sequences and Wonder Woman continues this trend.  Specifically, the scene where Wonder Woman fights on “No Man’s Land,” an area where the allied forces could not defeat the German defence.  This scene gave the entire audience chills as Wonder Woman appears for the first time, defeating everything her path in total bad-ass fashion.

That being said, despite all the positive things I’ll say about the film, it does have its flaws.  The third act in particular was a typical CGI showdown that, when compared to the first two acts, is simply not as good.  The climax is a bloated and loud CGI spectacle that has slightly choppy editing and, while it’s an improvement over Batman V Superman’s CGI finale mashup, it’s somewhat of an unsatisfying ending to an exciting feature film.  I also thought that the film incorporated a bit too much slow-motion during the action set-pieces.  Granted they were done really well, almost every action scene had slow-motion shots and, by the end, you start to think “okay I have enough of slowing the frame down, just give me my action.” 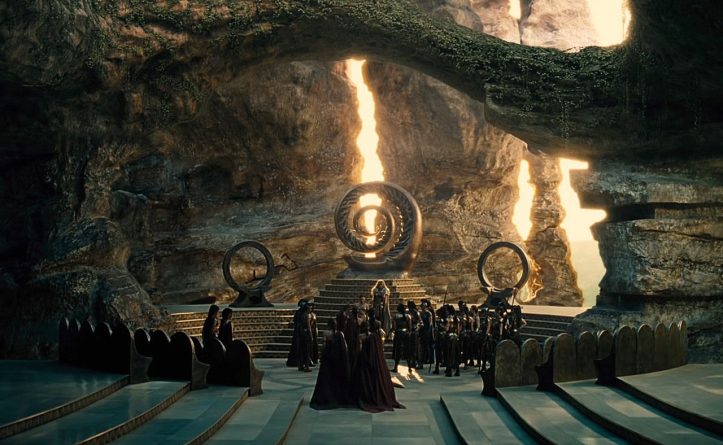 Of all the DCEU films, Wonder Woman is definitely the most beautifully filmed entry into the franchise.  Using Italy as a backdrop for the island of Themyscira was a fantastic idea as it really showed the ancient feel of the Amazons.  The filming for World War 1 centric scenes were done stunningly.  While the tone of Wonder Woman is hopeful, Patty Jenkins displays an accurately grim and desperate look at how citizens reacted to the Great War.

Rupert Gregson-Williams, who is a member of Hans Zimmer’s team of composers, was selected to compose the music for Wonder Woman and it’s just fantastic.  Gregson-Williams gives viewers an exciting, thunderous and emotionally-charged score that incorporates Zimmer’s Wonder Woman theme from BvS with his own compositions that continue the trend of incredible musical scores from the DCEU.

All in all, negatives aside, Wonder Woman is the film that fans have been waiting for.  Not only is it one of the best DC films ever, it’s one of the best superhero movies in recent memory.  Wonder Woman is an action-packed adventure film that successfully delivers an origin story for one of the most popular superheroes ever.  It’s mind-boggling to think that it took this long for Wonder Woman to appear on the silver screen but Patty Jenkins and Gal Gadot provide a bad-ass hero that proves the DCEU is heading the right direction.

What did you think of Wonder Woman? Comment below and on social media and for all things in nerd culture and entertainment, keep it locked on Talkies Network!