A bit of comics news for the end of the day, Batman has proposed to Catwoman.  As revealed in USA Today, issue twenty four of the Tom King penned title Batman ends with the main protagonist proposing to Catwoman.  Throughout the past few decades Batman and Catwoman have had an on-again/off-again relationship.  In the last ten years Catwoman has been depicted as Batman’s soul mate, with many storylines acknowledging that Bruce loves Selina more than any other woman he’s ever been with. 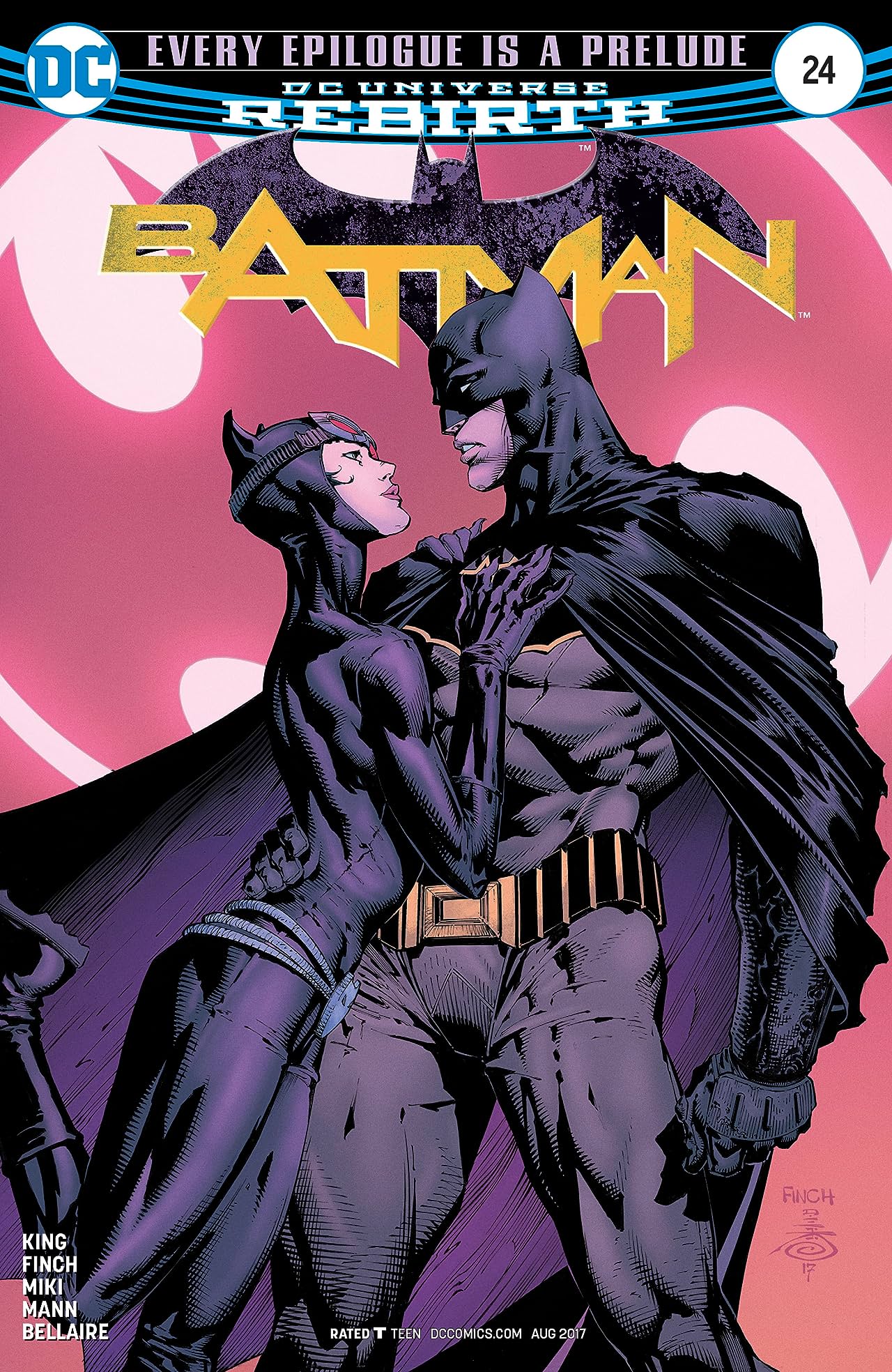 This issue comes as an epilogue to King’s first year on the series as the title moves shifts to the past for the epic, “War of Jokes and Riddles”.  This ending to the issue makes sense, as the last half of King’s first year focused heavily on the relationship between Batman and Catwoman, with king being the latest in a long line of writers to suggest that the two were made for each other.  During the “I am Bane” arc, Batman shows how much he trusts Selina, and this came after a two part story where King explored how much the two meant to each other.

This also serves as a great follow-up to “The Button” storyline.  At the end of that crossover, Flashpoint Thomas Wayne tells Bruce to stop being Batman and find happiness.  It seems that Bruce has decided to do one of those things, and ask the one person he feels truly understand him, to spend the rest of their life together.  I am on the side of the Batman fan-base that believes this to be true, so I hope King follows through and gets those two love birds hitched.  Now, considering how superhero comics operate, if that marriage does happen I doubt it would last very long.  That being said, we do have a married Superman…so who knows?