X-Men: The Animated Series is a beloved 90’s TV show that has developed a good following in the years since it debuted.  So for your pleasure here are the top ten episodes of the series as ranked by Talkies Network, though I included a couple of multi part storylines, so top ten stories would be more accurate. 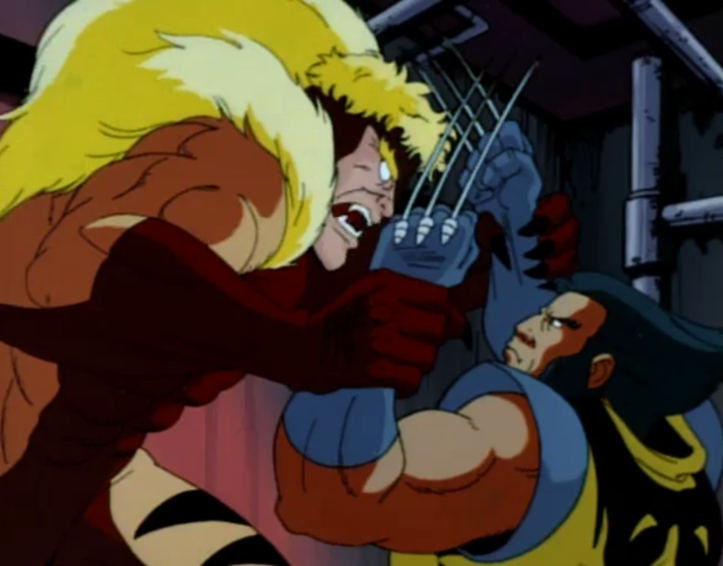 This is the first Wolverine focused episode on this list, but it’s a damn good one.  The X-Men cartoon, much like the comics at the time, revealed information about Wolverine’s past over time.  This episode was a significant step towards that, as Wolverine and his fellow Weapon X soldiers discover the facility they were manipulated in.  This episode pulled on some emotional heart strings as Wolverine discovers how much of his past was a lie and begins to question which of his memories are real.  Sabertooth also had a great scene where we are shown the emotional abuse he suffered as a child, which is made even more powerful by our not knowing whether this memory is real or not. Archangel, who had previously appeared in the first season episode the cure, drags the X-Men into his mission of vengeance against Apocalypse.  Archangel’s arc in this episode dealt with his self-destructive obsession for revenge, which Rogue attempts to persuade him into abandoning.  Despite a near fatal battle with Apocalypse, which was awesome to watch, Archangel still does not give in.  It’s a tragic and moving episode that shows just how mentally affected Archangel has become due to Apocalypse’s manipulations.

This episode was the culmination of a season long Sentinel arc, as the X-Men risk their lives to stop Master Mold’s plan to replace human brains with machines.  The biggest draw of the episode is the X-Men choosing to go on what they consider to be a suicide mission to defeat Master Mold.  Watching each member decide to leave on the mission was engaging, and it was helped by an amazing score which made it seem like the team’s last stand.  Magneto’s line as they left was fantastic, and his working with the X-Men against a common foe was great to watch.  Magneto was never truly a villain in this series, and seeing him work with Xavier was great.  The final battle was exhilarating, despite some animation hiccups.

This is a four-episode long arc, so I’ll count it as one story.  Dark Phoenix Saga was a fantastic arc that introduced the hellfire club and turned Jean Grey’s phoenix persona to the dark side.  This episode’s highlight includes the X-Men verses the hellfire club and the X-Men verses the Shi’ar Empire.  The heart of this episode was the X-Men defending Jean Grey despite the threat she poses, and Jean’s relationship with Cyclops.  Also, Dazzler guest stars!  I know many people don’t care about Dazzler, but I think she’s great and was glad she appeared.  While the episode was lacking some of the story’s stakes from the comic, it was a great four-episode arc. This two-part story adapts what is arguably one of the best comic stories featuring the X-Men and it is surprisingly faithful to the source material.  The Animated Series combines the Days of Future Past storyline with Bishop’s initial arc into one hybrid episode, and the two parts mesh well together.  Seeing the dystopic future is always a thrill, and no matter what medium it’s rendered in, seeing Wolverine die is always heartbreaking.  Bishop’s future knowledge of Gambit’s supposed betrayal also adds a layer of tension to the episode, which also featured the series debut of the Brotherhood of Evil Mutants.   Between battling the Brotherhood in the present, and Sentinels in the future, this episode brought with it some great action sequences.

A great Cyclops-centric episode with a great villain character.  This episode focused on Cyclops dealing with his grief over losing Jean.  This story dealt with loneliness and the loss of a loved one, with Scott leaving the team to take some time for himself.  His character arc involved him returning to his roots and finding purpose in his life again as he saves a group of mutant children from Zebadiah Kilgrave.  Speaking of which, Kilgrave makes for a disturbing and sinister antagonist, further adding to the episode’s quality. This episode was focused heavily on Rouge, and also featured a cool guest appearance in the form of Carol Danvers (Ms. Marvel at the time).  X-Men: The Animated Series took place in a larger superhero universe, and this episode used that to its advantage.  Rogue’s story dealt with an identity crisis and the sins of one’s past, making for a thought provoking character episode.  Rogue’s mutant condition made her a very interesting character in the series, and this episode took that to another level by exploring her past as well as the other costs related to the use of her powers.

This two-part episode featured Magneto moving a large group of mutants to his Asteroid M satellite station.  This episode was a tragic story for Magneto, as his attempts to create a mutant paradise where all can be safe is brought down by violence. Magneto was never much of a villain in the 90’s series, and was entirely focused on the well-being of mutants.  He saw the cycles of violence and oppression and sought to escape them entirely.  However, Cortez, a loyal follower, brings about the end of Asteroid M, showing Magneto that humans are not the sole problem.  It also has a great flashback to Professor X’s past that showed what his dedication to his mission has cost him, adding a nice parallel between Xavier and Magneto. 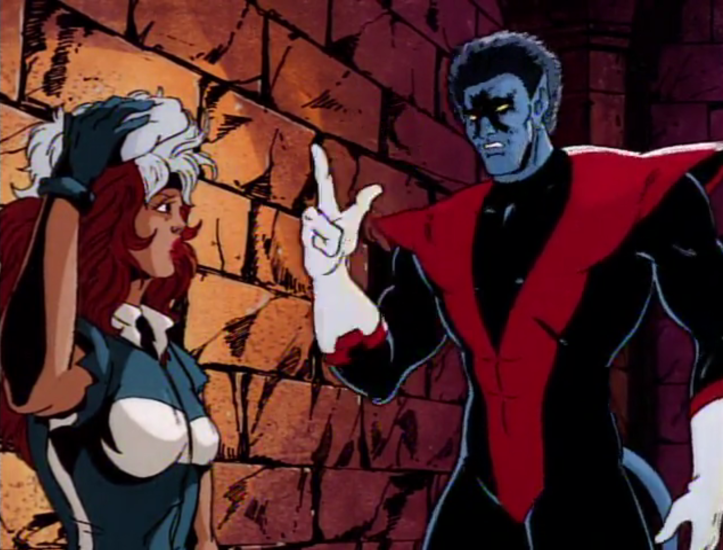 The first reason this episode is great was the appearance of Nightcrawler, who was only ever a guest on this series.  Nightcrawler was used as the primary example of mutant discrimination his early comic appearances due to his physical appearance, and this episode used that wisely. This episode also touched on Nightcrawler’s religion, and the positive role it plays in his life. It was also a great spotlight for Wolverine, as Nightcrawler attempts to show him a different path through faith.  He’s lived such a life of violence, it was an interesting character moment to see him contemplate a life of pacifism in the monastery.  This episode, much like “Beauty and the Beast”, was about battling ignorance and not relying on violence to solve one’s problems.

This episode is representative of everything great about X-Men: The Animated Series.  It’s a love story that focuses on the budding romance between Beast and his patient, Carly.  Beast saves her sight, but is still looked at with disgust by her father.  Both Carly and Beast soon become targets of the Friends of Humanity, a mutant hate group.  This episode expertly deals with the X-Men franchise’s themes of discrimination, using Beast’s relationship with a human woman as a target for anti-mutant hate groups.  The episode’s main villain, Gaydon Creed, is made a far more complex villain when his parentage is revealed, showing where his hatred of mutants stems from.  With a complicated villain and relevant themes, this is by far the best episode of the series.

That’s our list! Don’t agree with it? Let us know in the comments and on social media and for all things in entertainment and nerd culture, keep it locked on Talkies Network!