American Gods’ season finale aired Sunday, and brought with it some huge revelations, as well as the beat of war drums.

The episode opened with Wednesday and Shadow meeting with Mr. Nancy so as to procure two suits.  I’ve missed Mr. Nancy ever since that fantastic opening in the series second episode, and Jones didn’t disappoint.  His performance and voice-over were excellent, as they demanded the audience’s attention, which they so deservedly received (at least from me).  Nancy told Wednesday and Shadow the tale of Bilquis and her fall from power, and it was heartbreaking.  By starting the tale at the height of her power, the scene was made all the more powerful when Bilquis’ story arrived at her lowest point.  Nancy also used the tale of Bilquis to illustrate the oppression and subjugation woman have faced over the centuries.  This theme was made all the more interesting when her salvation came in the form of Technical boy, who is a man.  It seems the patriarchy isn’t done fucking with her yet.  The, incredibly annoying and douche, Technical Boy was the one that helped give Bilquis back her power, or some of it at least (I love how it came in the form of a dating app).  Her storyline has finally connected with the main narrative as Technical Boy uses her as a loaded gun, though against whom we are not made aware, though I suspect it to be Shadow.  Bilquis may have gotten some power yet, but she is still beholden to the Technical Boy, with Nancy’s words ringing true in her life and the world at large.

The main component of this episode was Wednesday meeting with the God of Easter to discuss a plan of his, which involves starving a great many people so that they must pray for food.  If anything, this episode proves how much of a dick Wednesday is, with his already mentioned plan, and his manipulations of Shadow’s life being revealed.   That’s right, not only did Wednesday have Laura killed, he also ruined their heist and got Shadow sent to jail.  Wednesday even lied about Vulcan’s death to get Easter on his side, or he told the truth from his perspective.

Laura and Mad Sweeney arrive to Easter’s house as well, because it turns out she was the god that could resurrect Laura, but seeing as Laura death was caused by Wednesday, Easter cannot help her.  Due to Wednesday’s machinations Laura is trapped as a rotting corpse.  Laura and Mad Sweeney have become the breakout characters this season, and seeing them put through the wringer made for great television.  The two character play well off each other, and both dealt with a fair amount of problems this episode. Sweeney is dealing with some guilt over what happened to Laura now that they have bonded, and seeing Laura’s body slowly fall apart was heartbreaking.  Laura Moon in particular was the highlight of this season, and I’m glad to see the emotional realism being brought to her character arc. 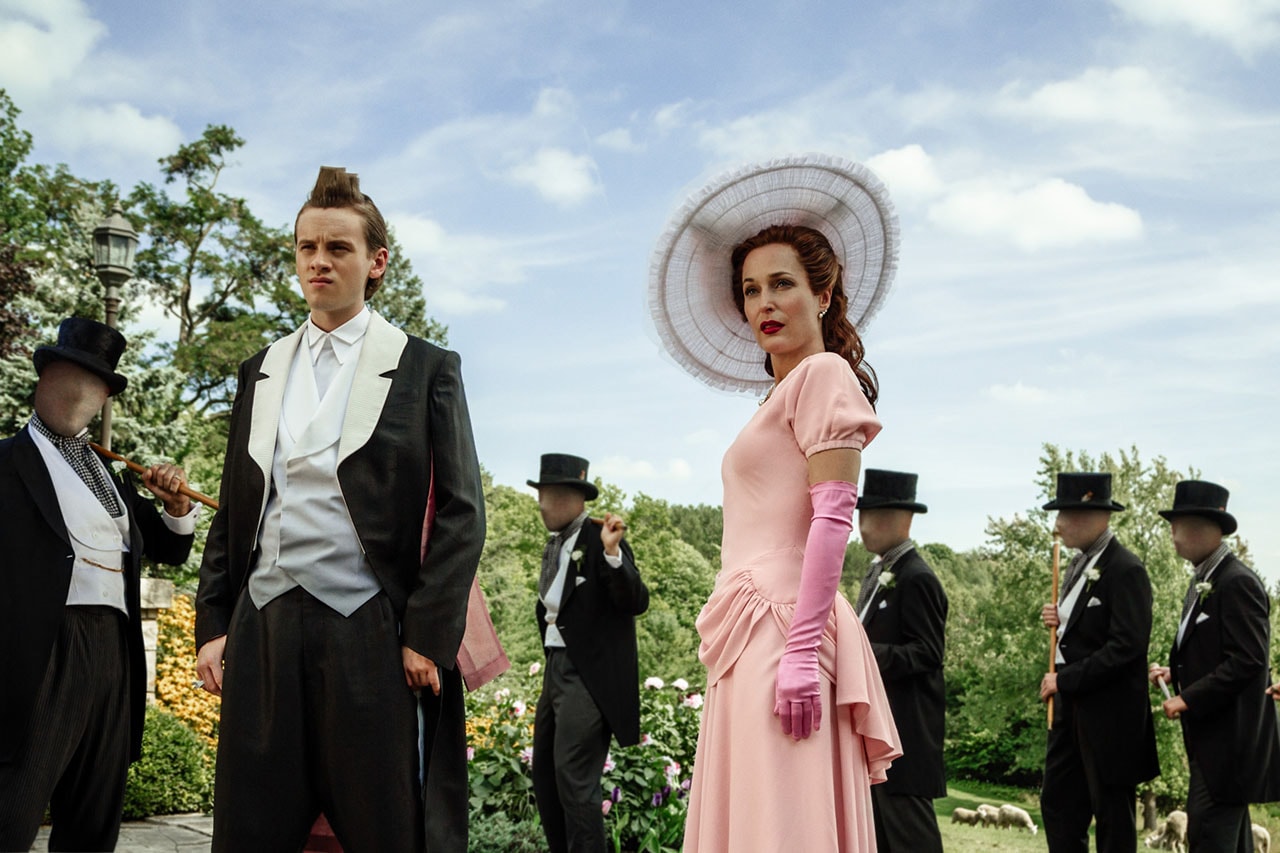 The new gods ultimately confront Wednesday and Shadow, and there were so many great things about their appearance.  Gillian Anderson’s performance was amazing, and Media is given a pretty weighty role in the new gods’ regime.  The comments about Media helping to build Easter were pretty interesting, and speaks to the commercialization of beliefs.  Wednesday adds to this in his speech to the new gods, where he points out that they distract the world, whereas the old gods inspired, which again speaks to some views on the modern era.  The constantly shifting presence of Mr. World and their multiplying henchmen made for exquisite visual effects.  I hope we see more of Mr. World next season, because he is incredibly sinister and a joy to watch on screen.

The episodes ending was the most impressive moment in an already impressive episode, as Wednesday and Easter show the power of the old gods.  By striking down the new gods’ henchman, Wednesday offers up sacrifices to power up Easter, essentially to weaponize belief.  Her show of power completes Wednesday’s plan of destroying crops to get people to pray to them again, though I’m curious how that would work, and shows the new gods that the old ones won’t take their bullshit lying down.  This expression of power, and Wednesday’s visually stunning reveal, finally got Shadow to believe.  Though I’m not sure the significance of Shadow in particular believing (well I do, but no book spoilers in this review), it is definitely going to be complicated by Laura’s plan to tell him the truth about Wednesday.

A few notes before I finish this review.  Easter using the bunnies as her eyes and ears around the house was both adorable and funny.  The presence of multiple Jesus’ was hilarious (especially as other characters pointed it out), but also tied into the larger theme of resurrection in this episode.  The old gods gained some of their power and independence back, while Shadow’s belief has been resurrected.  Also, this episode teases the House on the Rock, which readers of the novel know is significant to American Gods’ mythology, and serves as a great tease to where the show may be going in season 2.

What did you think of American Gods’ season 1 finale?  Leave a sample of your thoughts, feelings and beliefs regarding the episode in the comments section.