Preacher: ‘On The Road’ Review

The episode opened with a great sing along as our main characters get chased by police cruisers.  The singing was accompanied by a grainy film filter and the characters complaining about how shit the song is, making for a pleasantly surprising re-introduction to our characters.  This was followed by a great scene of Jesse using his powers on the officer chasing them, and it was funny, especially when Jesse has the boss mace his own balls.  Watching Cassidy avoid the sunlight was great, giving a character that is clearly the powerhouse of the group a simple, yet beautiful weakness.  This fun was broken up by The Saint of Killers, who proceeds to kill all the Police Officers in an attempt to kill our main trio.  The real beauty of this scene is that we never see the Saint until all the carnage is over, with the unseen threat being all the more frightening.

The one thing that interested me the most about this episode was how they were going to start their journey to find God, but luckily Jesse knew a guy who knew someone that saw God.  Jesse visited an old family friend, who keeps people in cages, and asks them for assistance in tracking down God.  Luckily, he just happens to know a parishioner who ran a strip club God frequented (an odd sentence to write).  It all feels very coincidental, but they had to start somewhere.  The real first lead they have is hinted at towards the episode’s end, as the magician being teased on television, based on watching the promos, is Fiore.  It seems Jesse and crew will be paying him a visit next episode.  I enjoy that the episode doesn’t actually tell you that it’s Fiore, and the transition used when Cassidy figures it out is fitting.  It almost makes the final scene feel like an epilogue of sorts to the first episode.

The TV series is introducing the love-triangle from the comics, as Cassidy seems to be developing feelings for Tulip.  While this will make for an interesting love triangle, it does feel a little forced, I’m going to run with it.  The potential for drama in this sub-plot are ten-fold, and the show is setting it up slowly, rather than diving head long into it. Cassidy’s growing feeling for Tulip and his friendships with Jesse adds a layer of inner conflict to his character.

There were some great character moments that tease bigger things to come down the line.  When Cassidy asks questions about Jesse’s family, he asks about Jesse’s mother’s side of the family.  As comic fans know, Custer’s maternal family was nothing but trouble, and helped make him the man he is today.  Jesse himself when answering Cassidy, seems less than enthusiastic about a family reunion.  Cassidy is at least partially responsible for the death of the strip club owner due to his lack of self-control.  This, as well as his infatuation with Tulip, seems to be setting up the self-destructive character comic fans came to know and love.

One interesting deviation from the source material is focusing on the ethics of Jesse’s powers and their use.  Tulip clearly has a problem with how he uses his powers, and this subject is the crux of their interactions this episode.  The concept of consent in relation to Jesse’s powers is an interesting thread to follow, and it seems that Tulip will be the angel of Jesse’s shoulder when it comes to using his abilities.  This will make for an interesting dynamic between the two as the show moves forward. On The Road’s final scene was brilliant and acts as an excellent cliff-hanger to be picked up in tonight’s episode.  Jesse made fairly liberal use of his power throughout the episode, so seeing him confronted by the Saint, who he can’t control, was terrific.  The season’s first episode has established the Saint as a very real threat to our ‘heroes’, one who is both determined and cares not for those that get in his way.  I mean… he tore that guy’s tongue out, just for lying to him (though not really).  The great thing about the Saint of Killers was the set up that the writers gave him last season, so the viewer knows there’s more to him than just being a killing machine.  It can be great when the audience knows what the characters do not. 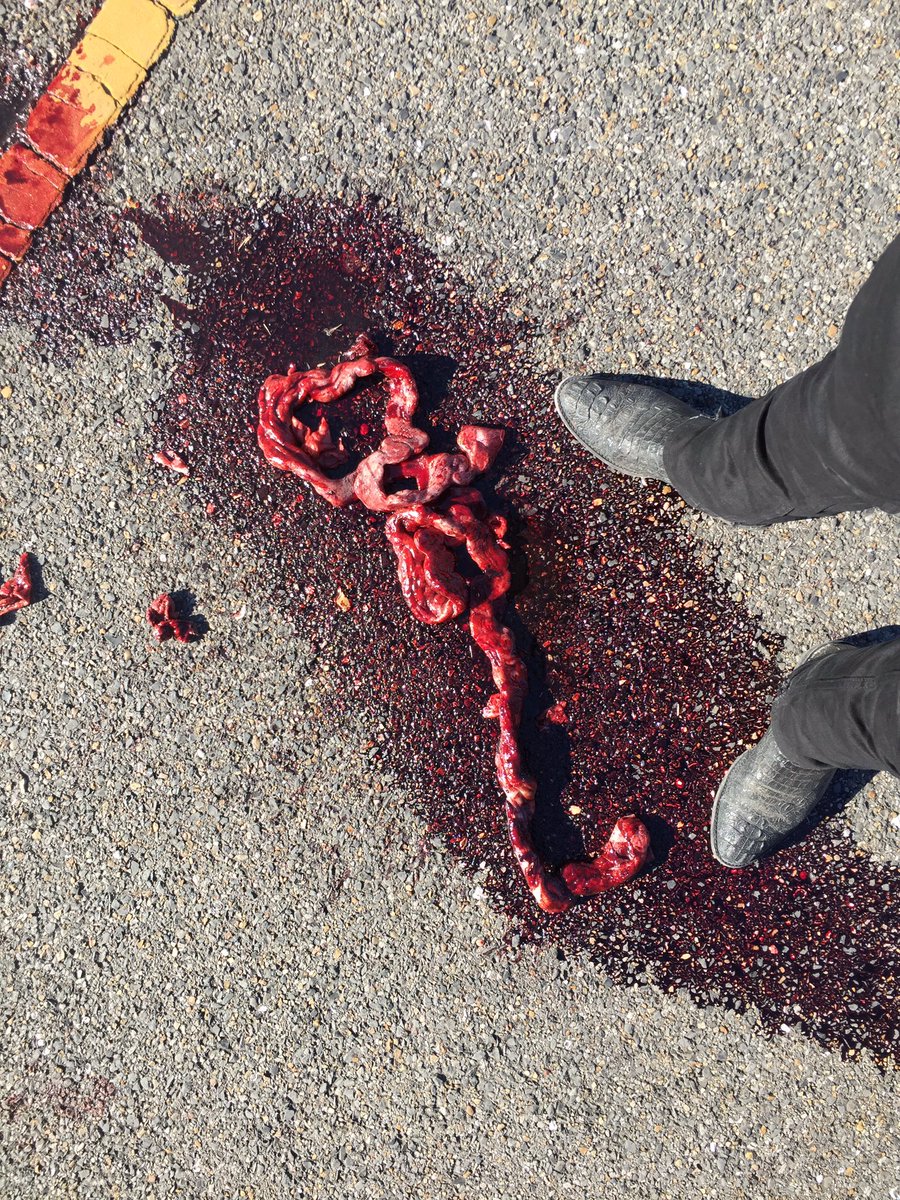 Preacher’s second season premiere also taught us that to get the taste of blood out of your mouth, you need hot sauce and yoohoo.  So don’t ever say that Preacher doesn’t teach you things.  That scene was the funniest part of the episode, as it combined the gruesome with the very mundane, something at which Preacher excels.  Also Tulip’s reaction to Jesse’s suggestion of how to siphon gas was priceless.

Preacher returned with a violent change of pace that gives the show a new direction, which will be followed up tonight with the season’s second episode.

What did you think of Preacher’s bold return to television?  Leave a comment after the…