Edgar Wright is a phenomenal filmmaker. Film after film, he has proven that he pretty much can do no wrong.  From Scott Pilgrim Vs. The World to Hot Fuzz, Wright has shown that he can handle any genre, with any kind of cast.  Baby Driver marks Wright’s return to the action genre and with it, comes a soundtrack for the ages.  Despite none of his films being rather commercially successful, all of them were critically acclaimed with each film holding an 80% and above rating on Rotten Tomatoes.  So, does Baby Driver continue Wright’s trend of success? Read on to see…

Baby Driver follows talented getaway driver Baby.  Due to a car crash, Baby suffers from constant tinnitus so he counters this by relying on his personal soundtrack that is constantly playing in his ears.  This allows him to become the best getaway driver the criminal underworld has ever seen.  However, after meeting the woman of his dreams, a chance to ditch his criminal lifestyle becomes a reality and he seeks to make a clean break.  To leave, he is forced to take part in heist doomed to fail by his crime boss and his life, freedom and love will all be threatened in the process. 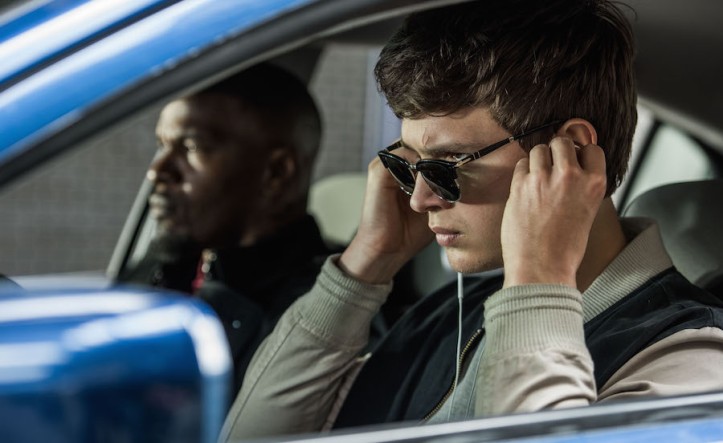 There is no sugar-coating it.  This film is absolutely spectacular.  The film has not only one of the most original stories in recent cinema, but easily the best soundtrack of the year.  Sorry Guardians of the Galaxy Vol.2, but Baby Driver has you beat.  With an impressive 30 song soundtrack, each track plays a part in Edgar Wright’s incredible story.  The music’s main goal may be to drown out the ringing in Baby’s ears caused by tinnitus, but Baby has a personal connection to them, and it further enhances his driving skills, leading to some of the most fun and exciting action sequences of the year.

Which perfectly leads into my next point. The action in Baby Driver is awesome. Seriously, there wasn’t a single action sequence that looked off, out of place, or unnecessary.  The high-octane action of the film is non-stop as the film’s numerous car chases are executed so stunningly with an impressive amount of realism.  Ansel Elgort and the genius stunt team pull off set-pieces that almost seem impossible and the dedication to the use of practical sets with only a touch of CGI is evident here.  From Baby viciously plowing through every obstacle in his way to the bombastic third act, Baby Driver never slows down and the audience was on the edge of their seats for the almost two hour run time. 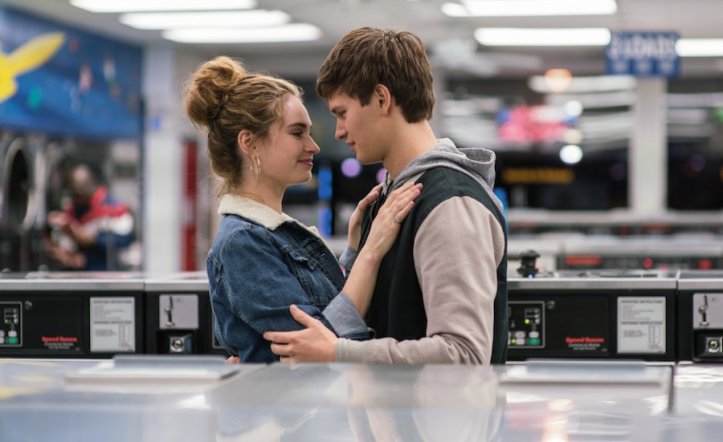 The performances in this film are, not shockingly, terrific.  Ansel Elgort is charismatic and charming as Baby.  Elgort’s performance makes you truly care for the getaway driver as he brings a real sense of energy and emotion to the role.  He’s a smartass, tight-lipped kid with a big heart and will protect the ones he loves at all costs.  Every scene makes you fall in love with the character even more and it’s nearly impossible to not root for him.  Lily James plays Baby’s love interest, Debora the waitress and, like Baby, has the audience in the palm of her hand from the get-go.  She and Elgort have incredible chemistry together and it makes for a winning duo.  More importantly, she isn’t a typical love interest.  She doesn’t just sit back and let Baby be her shield.  She is at the forefront of the action and, through James’ performance, really has you hoping that everything will work out for Baby and Debora.

The rest of the cast was equally fantastic.  Kevin Spacey as Atlanta-kingpin Doc proved to be a wonderful casting choice.  It’s easy to tell that Doc does care for Baby in his own unique way.  He can be friendly and kind, but can easily switch to sinister and ruthless at the drop of a hat.  Jon Hamm and Eliza Gonzalez were the scene-stealers here.  Hamm’s Buddy, the lowlife bank robber was outstanding.  He’s devilishly funny, captivating and always shady but, it’s his scenes with Gonzalez, who plays Buddy’s wife Darling that make for even more exciting moments.  Jamie Foxx plays another member of Doc’s crew, Bats and he’s just the biggest scumbag on earth.  Foxx is exceptional in the role.  He’s incredibly funny but also extremely vicious which puts you on edge every time his character appears.  You really don’t know what’s going to happen next (I know… a cliché… but you get the idea). 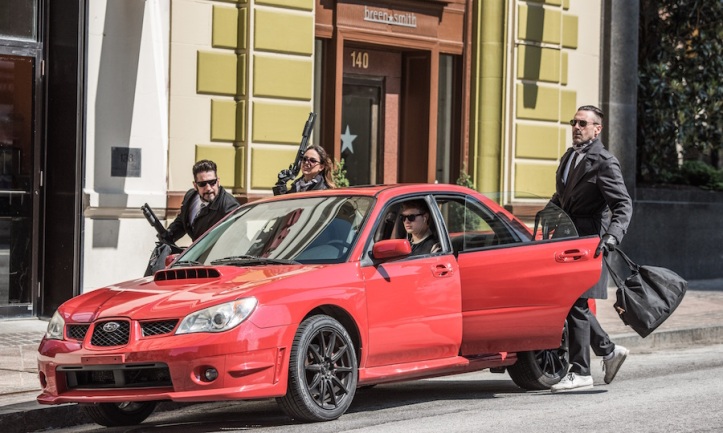 I have one negative for this film.  Jon Bernthal plays Griff, a member of Doc’s bank robbery crew and he’s the one character that I wanted to see more of.  Maybe I am bias because Bernthal is one of my favourite actors. But his performance as Griff was truly great in the screen time he was given but his character somehow just disappears from the story without an explanation.  Other than more Bernthal, I have no complaints about was I saw on screen.

Baby Driver acts as yet another reason why Edgar Wright is one of the best directors and writers working today.  While Baby Driver is an action film first and foremost, at its core, it is a love story and Wright wonderfully blends together several genres into one superb film.  While most films in 2017 have been tonally off, Baby Driver knows exactly what kind of film it is, and what tone each scene requires, whether it is Baby verses various criminals, or a heart-to-heart moment between Baby and Debora.  On top of all that, the film is hilarious.  I don’t think there was one joke that didn’t land with viewers.  Baby Driver is evidently Wright’s most serious film yet, but that doesn’t mean that it shy’s away from making you laugh out loud in the theatre. 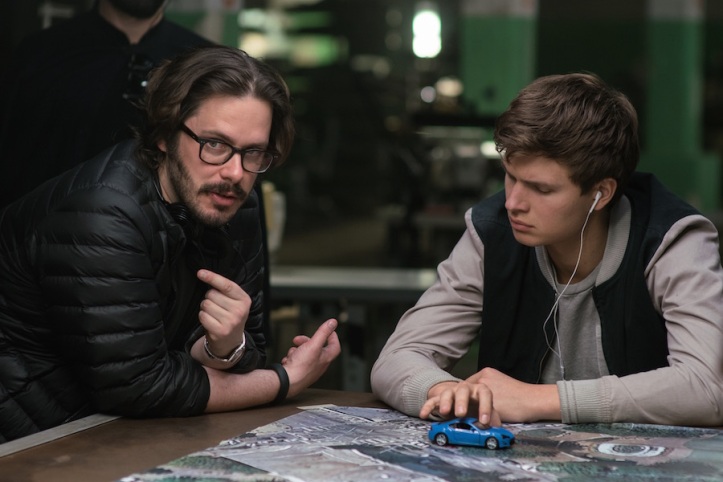 It’s no surprise that Baby Driver looks gorgeous.  Cinematographer Bill Pope, who worked with Wright on Scott Pilgrim Vs. The World and the superhero film Spider-Man 2 really out does himself in this outing as Baby Driver takes full advantage of its Atlanta backdrop.  I have to mention the action sequences again here because Pope films them so perfectly.  Like I said, it’s hard to imagine that some of them were even pulled off but Pope manages to make everything look so real. 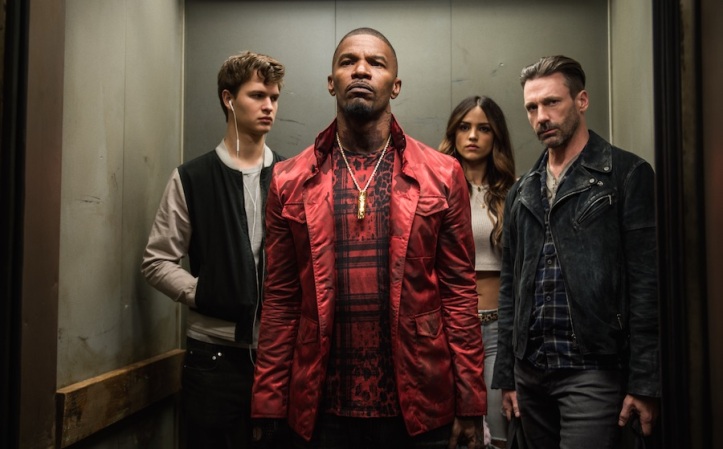 All in all, Baby Driver is an incredibly fun, high-energy, and emotional feature from Edgar Wright.  A thrill from start to finish, it’s not only arguably the funniest film of the summer, it is a beautifully filmed story that could only come from the mind of Wright.  I didn’t put this film in my most anticipated of 2017 and that was a giant mistake.  The humor, the drama, the car-chases, the characters, Baby Driver has it all and then some.  If you’re going to see any film this weekend, see Baby Driver.

What did you think of Baby Driver? Sound off in the comments and on social media and for all things in entertainment and nerd culture, keep it locked on Talkies Network!