Watch out there be SPOLIERS AHEAD! Make sure you watch the episode first then READ this review or don’t it’s your choice.

This episode is a typical ‘first episode of the series,’ where we get see where all the main characters are at in terms of time, location and intention. This episode features Arya, Jon, Sansa, Littlefinger, Jamie, Cersei, Tyrion, The Hound, Sam, Daenerys and many more. Sadly, my favorite Tyrion, doesn’t do a lot in this episode, being that, he’s only on screen for 5 minutes.

The seventh season of HBO’s epic fantasy kicks off with what, at first, would seem to be a flashback. Grizzled, gout-raddled old Walder Frey is congratulating his men on their nifty work in mass murder at the Red Wedding of season three, and rewarding them with a feast. We know that Frey is dead now, his throat slit last season by Arya Stark after she’d fed him a meat pie made of his own two sons, and it quickly becomes clear that this isn’t a flashback at all, but, instead, a Jonestown-style massacre, the assembled Freys choking to death on poisoned flagons of wine. Fantastic stuff. Having graduated from her gruelling internship with the Faceless Men, Arya is now unstoppable in her quest to avenge her family. And as she later reveals to a singing soldier – a slightly comedic cameo by the musical guest star, Ed Sheeran – she’s heading not North to Winterfell, but South to King’s Landing, ‘to kill the Queen’.

Next, we see the Queen of the Seven Kingdoms, Cersei, and her brother Jamie. He points out that she’s not Queen of the Seven Kingdoms yet (‘three, at best’) – and to sound a note of caution: she has no allies. Moreover, Cersei has enemies to South, North, East and West. But Cersei, as ever, has a few irons in the fire: first up, the deliciously mad Euron Greyjoy, hell-bent on murdering his niece and nephew, who have defected to support Deanery’s, and attempting to woo Cersei with brags about his massive fleet. Euron promises to come back to King’s Landing once he has gained the trust Cersei by doing something? Which we have no clue on what it could be.

Sibling tension is also bubbling up in the North, where Jon Snow (Kit Harington) and his half-sister Sansa Stark (Sophie Turner) are ruling Winterfell, having liberated their family home from Ramsay Bolton. Jon is adapting to the role of King quite easily, but adjusting to Sansa’s newfound position at his right hand less well. 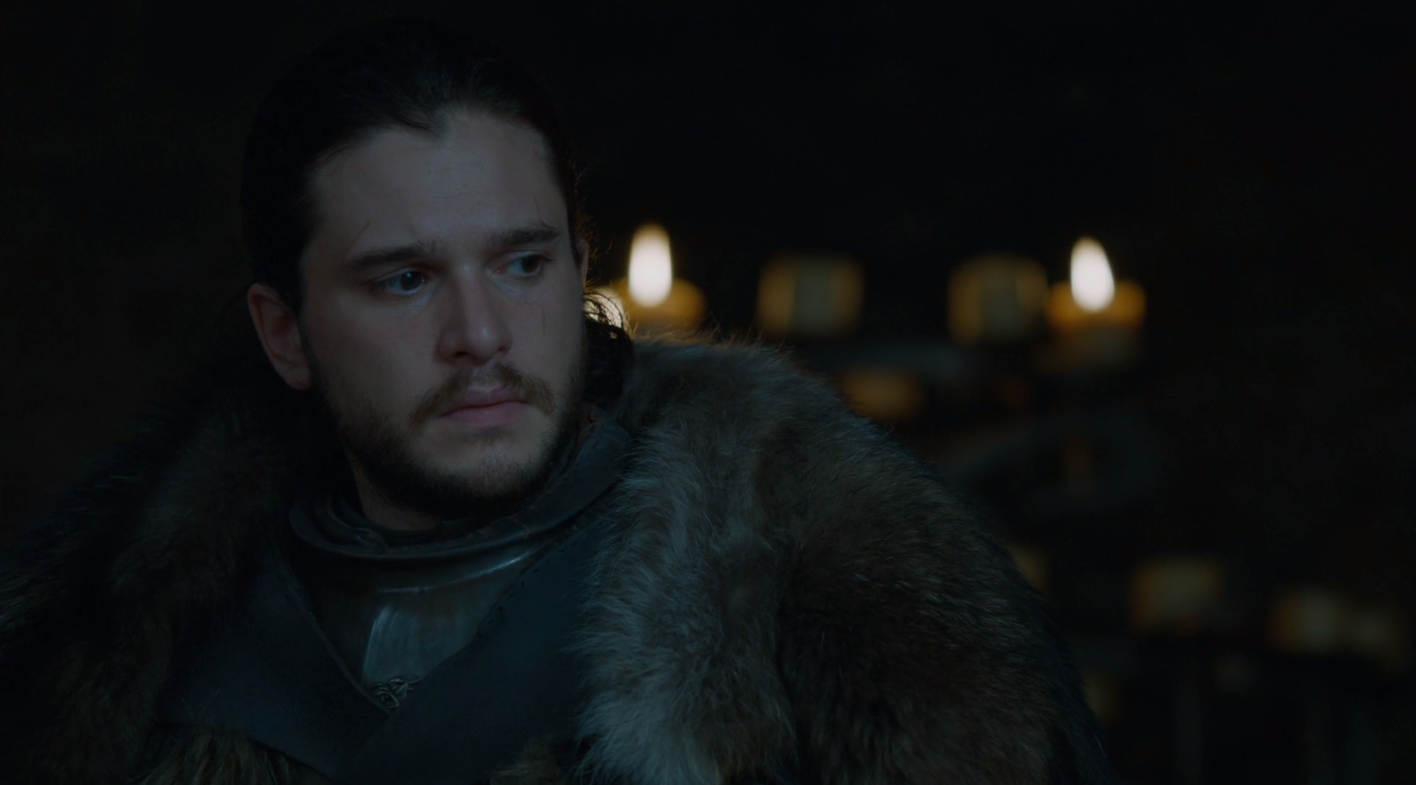 There are new faces, including Jim Broadbent as the Archmaester Marwyn, who is training Samwell Tarly at the Citadel, and the welcome return of Jorah, though he’s apparently not yet found the cure for his nasty case of greyscale. 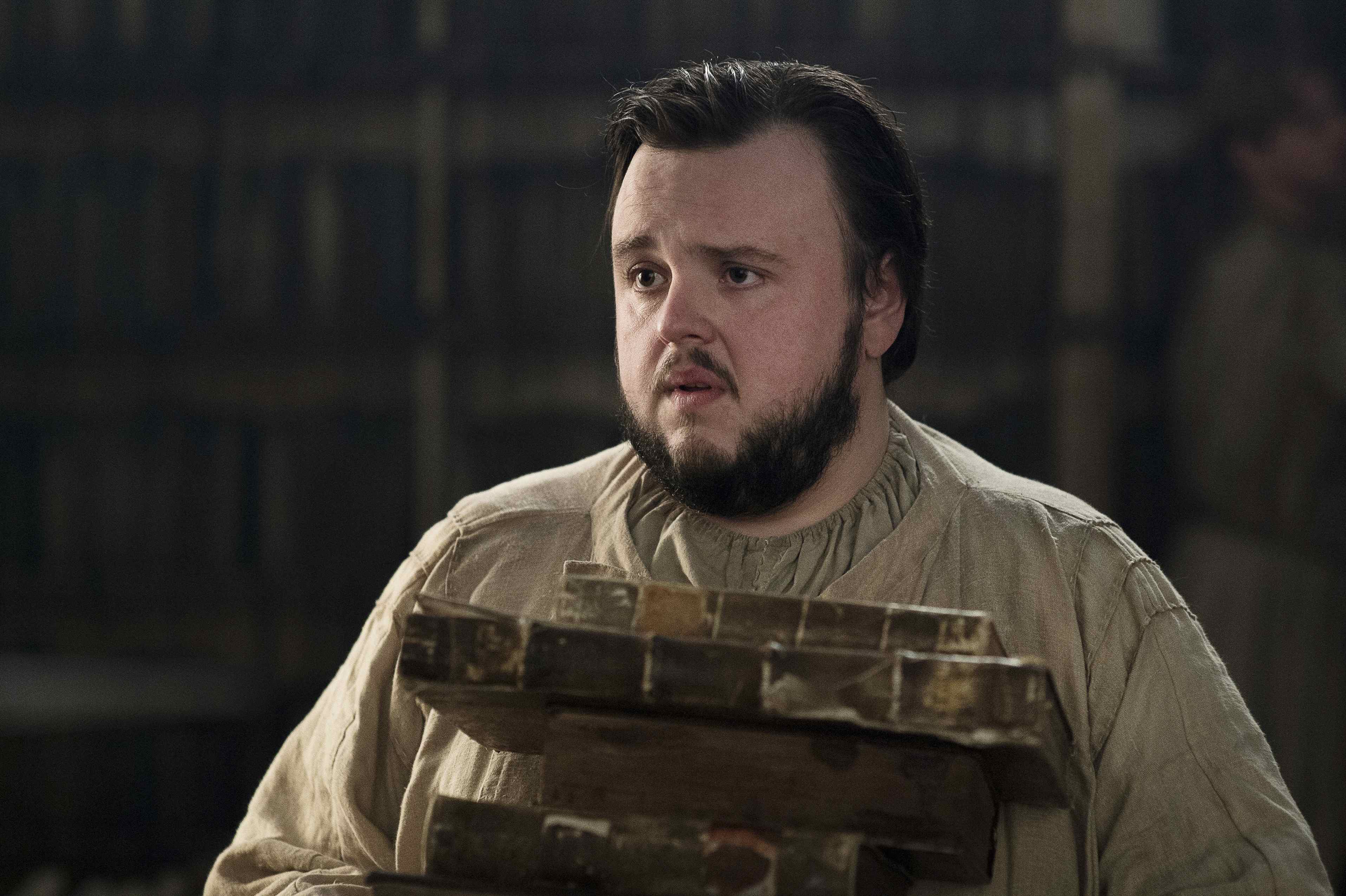 Also, there is Hound, which we start to see a better side of him. And it seems as if he might be accepting the Lord of Light. However, that remains to be seen.

Lastly, we arrive at end of the episode where one might expect an episode called Dragonstone to belong predominantly to Daenerys. And we do, eventually, witness her, having finally crossed the Narrow Sea with her trio of dragons, thousands-strong fleet, and her loyal entourage, including an unusually silent Tyrion Lannister. 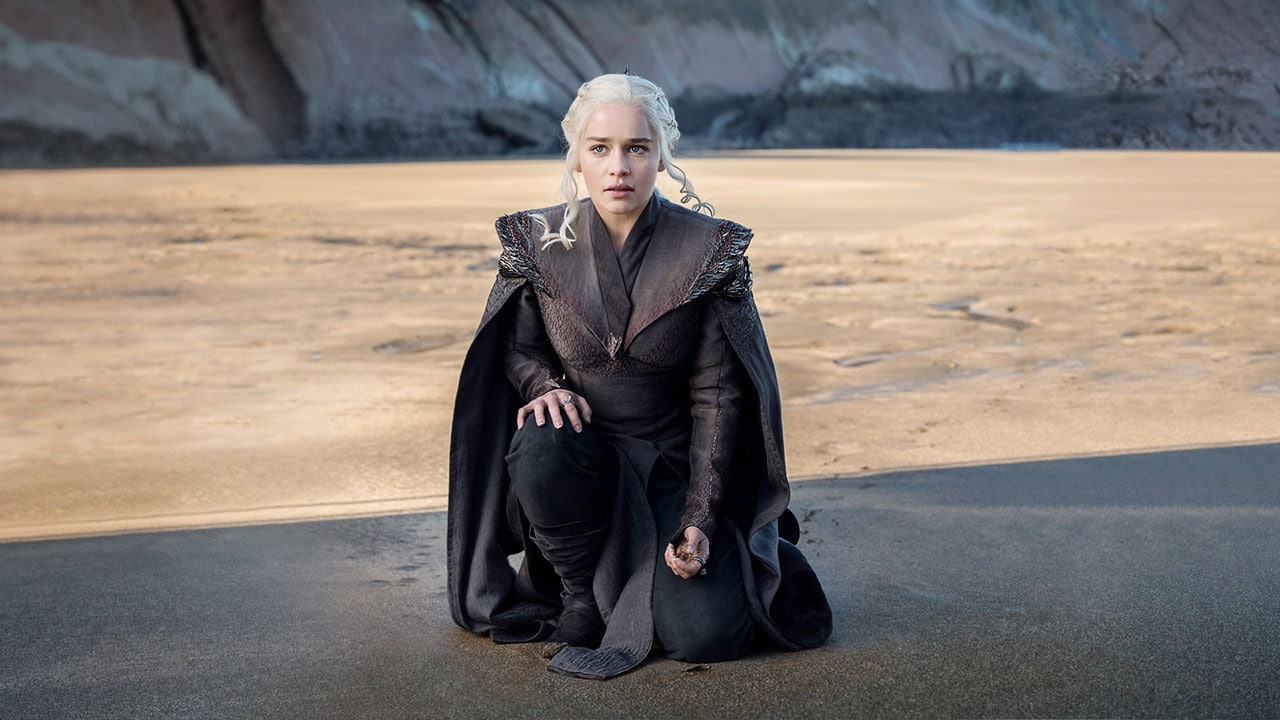 Overall it’s a set-up episode which is expected out of a season premiere. Apart from the beginning the episode can be seen as a dull affaire but I didn’t find too boring but it lacked pace. However, I think this episode had good writing (unlike this article), especially when majority of it was exposition. Although, I wasn’t blown away by this episode it does stir anticipation for this season, as the final line is ‘Shall we begin?

And here is the preview of the next episode: