‘Mudmare’ opens with… well it opens with a mudmare.  Louis has a nightmare where Alex intrudes on his mud time with Harvey, and it’s pretty funny.  Seeing Harvey and Louis go mud-ing together was funny, and the nightmare only gets more entertaining when Alex shows up.  It’s just the kind of odd fear that would go through Louis’ head.

The episode’s main story involves Mike tackling a new case, a man who’s son died in prison.  In this case the circumstances are murky and the father would like to know exactly what happened.  This storyline leaned towards being too sentimental due to Mike’s time spent in prison, but was made more interesting when the case ran counter to the firms larger interests.  This led Mike to make a hard call, but in the end he managed to pass the case off to Oliver, so everything will work out.  This ending was a little too neat, and I would have preferred Mike having to drop the case completely, with that becoming the basis of a conflict with Harvey.

Rachel and Donna were given a larger role in the show this week, but it wasn’t very interesting.  Both characters explored their new roles in the firm, but the plot thread was uninteresting and had a predictable ending.  The only interesting part of this story was Rachel realizing that she isn’t ready to run the associates, which was an interesting way to end her part of the episode.  Donna’s gone through the most changes this season besides Mike, yet she hasn’t gotten a compelling story arc focusing on her, which is a shame.  Hopefully future episodes will explore Donna’s new role in the firm in depth. 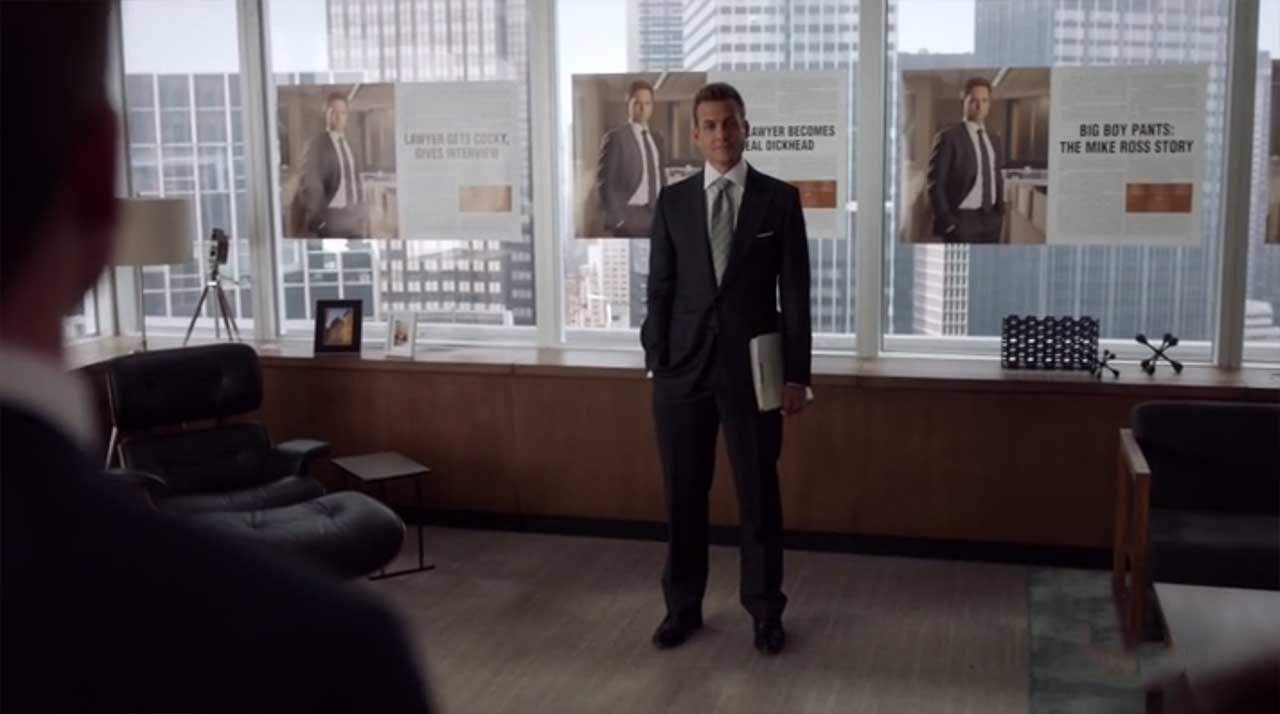 Harvey had an interesting role this episode, as he had to manage his personal feelings and what’s right for the company.  Despite wanting to honor the deal he made with Mike, the pro bono case risked the firm losing a major new client.  Harvey made the right call on the matter, but his attack on Louis seemed far too personal (more on that later). Harvey’s relationship with his former therapist continues dull me, with the writing team failing to make me care for this relationship.  The conflict thrown into their relationship in ‘Mudmare’ was weak and far too brief to actually get me engaged.

Louis’ storyline in the episode was intriguing as he worked to get over his childish fears of losing Harvey, trying his best not to act badly towards Alex.  Harvey even acknowledges how odd Louis can be to Alex, but he does it without insulting Louis.  This builds on Louis’ development in the last two episodes, but it completely ruined by the end.  Harvey gets angry at Louis and attacks him personally when they disagree over Mike’s pro bono case, and Louis than calls his therapist, yelling at him as if he was Harvey.  This all felt incredibly forced, and it brings back a very tired plot point into the series.  Louis is a main character and not a villain, so for gods sake actually develop his character beyond petty jealousy.  It’s been seven years!

‘Mudmare’ has it’s moments and is an improvement from last week, but fails when it comes to character progression.

What did you think of ‘Mudmare’?  Leave a comment and tell us all your thoughts.