Well it looks like the internet hates this movie, only getting a 35% on Rotten Tomatoes. However, is all this hatred justified? Are people not liking this film because it’s a bad adaptation or because it’s a bad movie? This review will attempt to answer these questions. Personally, I didn’t hate the movie as much as I thought I would. Being a long-time fan of manga and anime, I thought I was going to completely hate this film, like the way I feel about Dragon Ball: Evolution. However, this is not bad film by any stretch of the definition. There nothing wrong with the movie but there are faults in the execution. This is an adaptation, so we need to give some leeway in certain aspects of the story and characters. I understand that fans get angry over changing of characters and stories but they need to do that. It is impossible to 100% adapt a complex manga into a 1H and 40M film. I see an adaptation as taking the basic premise of a story and cultivating a new story. Why would I want to see the same story twice? If I want to watch Death Note in the way it should be, then I would watch the anime. Is it a good movie? I think so, however, is a good adaptation? Not really. Keep in mind, I am looking at plot structure, execution, pacing and character development, to see if this is a good movie, not whether they changed Light’s last name from Yagami to Turner. Which, I like to add is a dumb decision but it doesn’t worsen the movie because of it.

First, let’s talk about the story: (basic synopsis) the story is about a battle of wills between the keeper of the Death Note, Light Turner, and L, a police detective determined to unmask Light as the serial killer known as Kira. With the Death Note, Light can kill anyone as long as he knows their face and their name. Keep in mind this is an extremely condensed version of the original manga, with my characters and side-plots begin taken out.

With all of that out of the way, let’s talk about the positives. Firstly, I did enjoy this film for what it was not what I thought it should be. The movie knows what it wants to be and doesn’t shy away from that aspect. Secondly, I like the runtime of the film, at an hour and half, they kept the movie nice and short. It is because of the runtime that the pacing of this movie is actually ok, I figured that since they had to cram so much in this film, that pacing of this film would be at neck-braking speeds. Thirdly, the best part of the film is Willem Dafoe’s Ryuk, the demon who sent the Death Note to Light. Dafoe absolutely devours the role and chews the surrounding scenery, but he is so entertaining that he only enhances the film. Wingard wisely kept most of Ryuk’s appearances in shadows, and Ryuk’s creepy visage gave him a unique presence in the movie. He really did look like a manga demon who came to life. Lastly, what I consider a good aspect is character of Mia. This time, she is more of a true partner to Light in his quest to remake the world through his Death Note, and she goes even further than he does. Mia isn’t passive and at times her feelings for Light are more ambiguous than one-sided. Mia chooses her own fate, even if it leaves death and destruction in her wake. This film really makes her, her own character, with her own ambitions and interest. While in the manga and anime, I personally found her annoying. 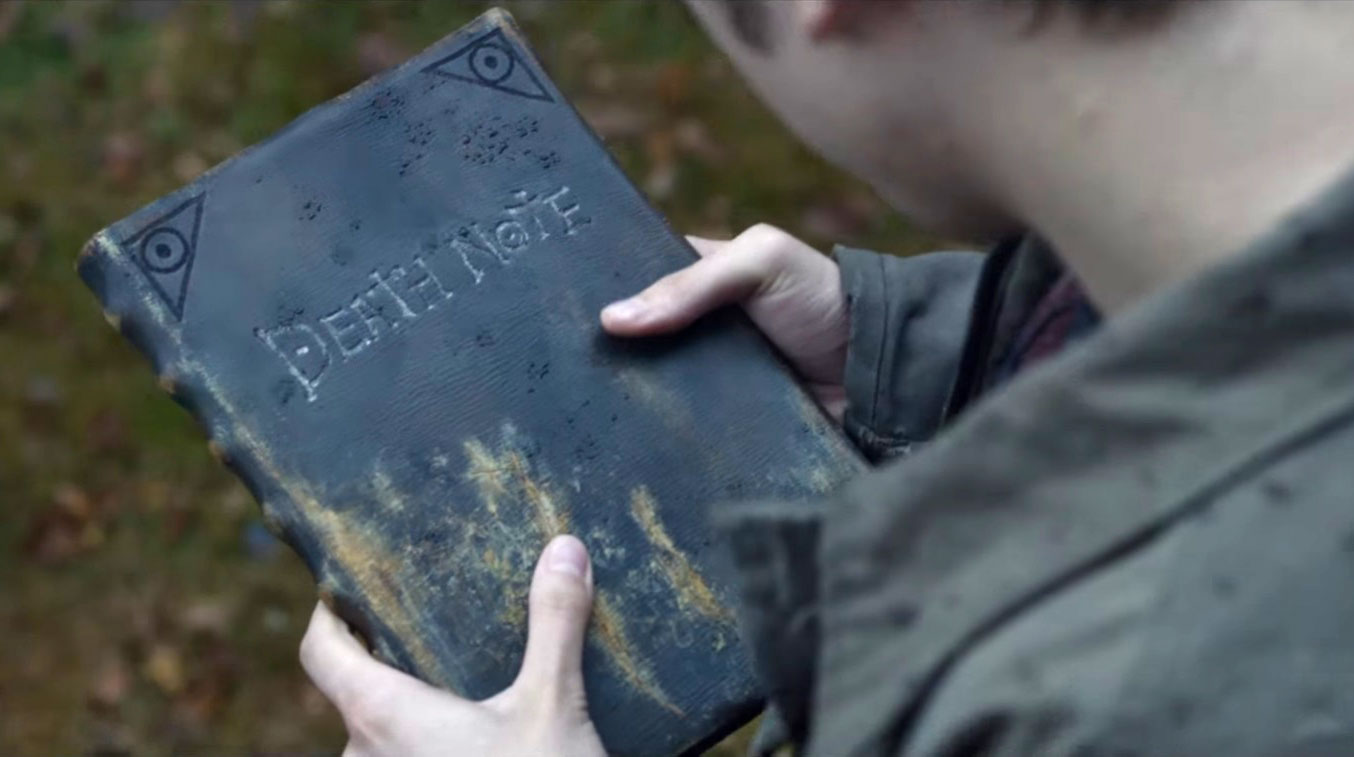 Now for the bad: Unfortunately, both of the leading actors are the biggest weakness in this film. While Nat Wolff is only 22, he seems much older than the teenager he portrays on screen and his goofy facial expressions undercut Light’s dramatic moments. Similarly, Lakeith Stanfield’s antics as L are so over-the-top that they border on parody. It’s incredibly difficult to take either man seriously in their respective roles. Both actors seem out of place in the film like this. For example, the first time Light meets Ryuk, Nat Wolff gives an almost comedic performance, in what should have been a frightening and creepy scene. Both actors add nothing to their respective character. Furthermore, the tone of the movie is uneven at times, for example, even Light expresses incredulity when he is told about L’s backstory and the ridiculous way that his true name has been hidden. Death Note adds more to the teenage melodrama genre then the horror movie genre. In addition, the ending of this movie is poorly executed. The movie just ends, while leaving many unanswered questions, thus setting up a sequel. God forbid us getting a stand-alone movie in today’s day and age. Lastly, the script is bad. Nothing of what the characters says really means anything. Here is an example where the script faltered. Before I give an example of the latter, you need to know that the anime is famous for having some of the most brilliant plot twist, due the intellect of the Light and L. This type of twist is attempted in the finally, but it doesn’t work. In the anime, we are shown how smart of guys L and Light are, but this film we don’t. So, when the finally comes around and tries doing a twist where Light did everything on purpose, you understandably feel like everything happened conveniently. 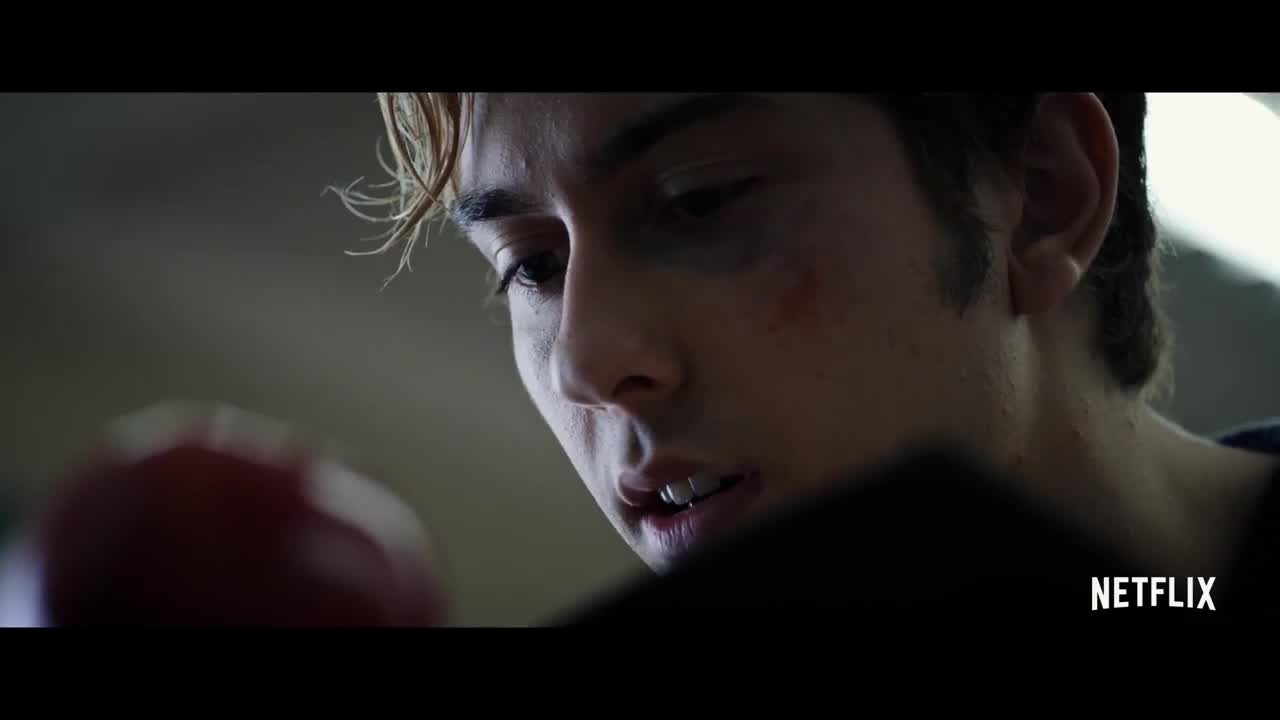 In conclusion, while the leads, tone and script falter, the supporting cast steps up to keep their parts in the movie grounded and entertaining. Willem Dafoe’s Ryuk was an absolutely inspired piece of casting, and he easily carried his scenes. If there is a sequel, bringing him back as Ryuk is a must. Overall, I think it’s better than other anime adaptations. I find to be better than Ghost in the Shell and Dragon Ball: Evolution. But then again, everything is better than the latter.

So, does this movie deserve all the hate it’s getting? No, it really shouldn’t be.