Zack Synder took to the social media site Vero once again to announce something that will put a big smile on DC fans’ faces. Today, he posted a behind-the-scenes shot of himself working on Justice League, and then announced that he will be releasing exclusive BTS photos from the film over the next month. Check out the image below! 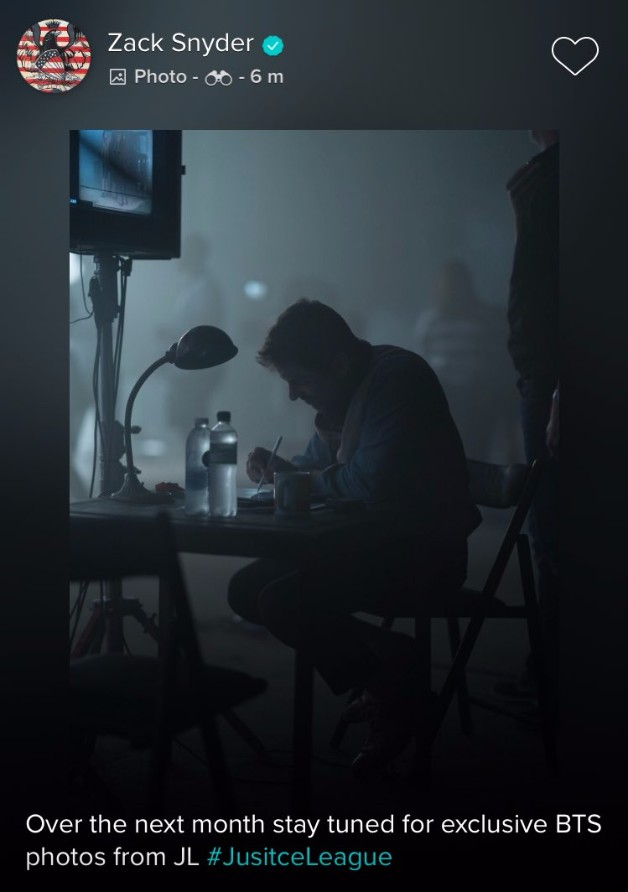 Personally, I know Nick gets super excited about these Snyder/BTS shots from DC movies. So I can only imagine the smile on his face. But for now, back to the story. While the image does not reveal anything about the film, fans should anticipate Snyder giving a true inside look into one of the biggest films of the year.

Ever since joining Vero, Snyder has shared various BTS shots from his DC films, including Henry Cavill in the Superman suit for the first time, Gal Gadot suiting up as Wonder Woman and an Snyder himself in the editing bay for Justice League, while Batman fighting parademons is shown on his screens.