Grave of the Fireflies Review

When a list of the greatest War movies come to mind, people think of “Casablanca”, “Apocalypse Now”, “Saving Private Ryan” but there is one that shouldn’t be forgotten.

Welcome back to another anime review, I would say “welcome to another Ghibli July” but it’s November. However, “Grave of Fireflies” to me seems to be a fitting movie to watch in the month November. A basic synopsis of the film goes as such: A young boy and his little sister struggle to survive in Japan during World War II. The film was directed by Isoa Takahata and it stars Tsutomu Tatsumi and Ayano Shiraishi, playing the young boy (Seita) and his little sister (Setsuko). However, this film was released in 1988 to critical and financial success. This film is masterpiece by every means of the definition. As we’ll see through this review “Grave of the Fireflies” is one the toughest movie to sit through but for all the right reasons. 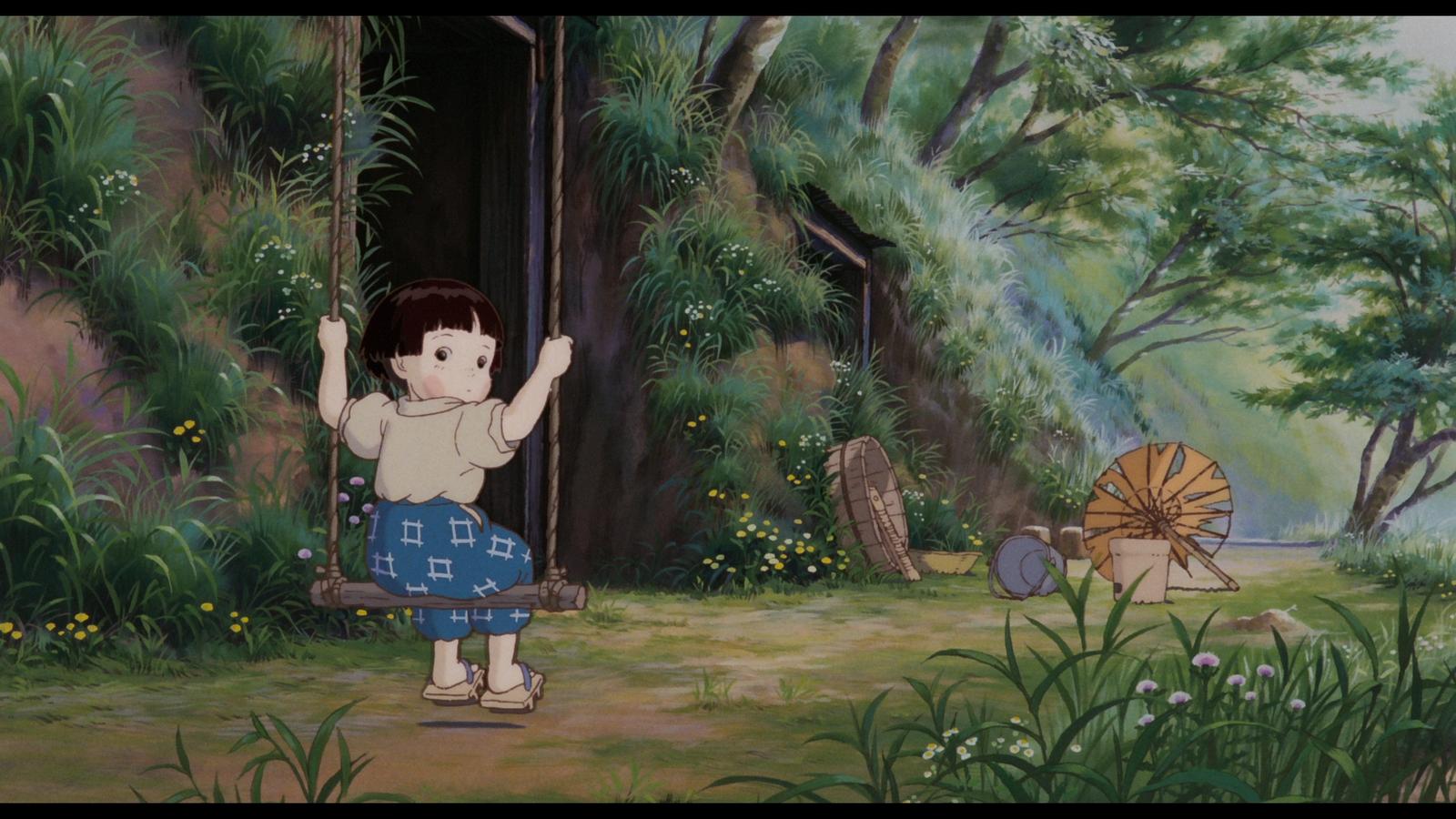 This section will extremely short, due to the fact that this film does not have that many faults. One thing that comes to mind is the pacing of the film. The film can seem to drag at points which can hard to pin point the timeline of film. In addition, the film can feel longer than it actually is. The film feels like its closer to two hours even though it is only an hour and half. Honestly, these negativities I’m pointing out don’t really hinder to movie that much.

“Grave of the Fireflies” is an emotional experience so powerful that it forces a rethinking of animation. Since the earliest days, most animated films have been “cartoons” for children and families. Recent animated features such as “The Lion King,” “Princess Mononoke” and “The Iron Giant” have touched on more serious themes, and the “Toy Story” movies and classics like “Bambi” have had moments that moved some audience members to tears. But these films exist within safe confines; they inspire tears, but not grief. “Grave of the Fireflies” is a powerful dramatic film that happens to be animated, and comparable more to a film like “Schindler’s List” and “Pianist”, than films in the animated genre. And I feel that director, Isao Takahata, was focusing on a simpler story of survival of a boy and his sister.

This film contains several moments of fantastic animation that established Studio Ghibli as leading animation studio in Japan at the time. But for “Grave of the Fireflies,” I think style of animation was the right choice. Live action would have been burdened by the weight of special effects, violence and action. No need for high-levels of action and explosions. The style of animation allows Takahata to concentrate on the essence of the story, and the lack of visual realism in his animated characters allows our imagination to play bigger role when interpreting the characters. Even though it drawn on the face of Seita, we feel his burden of caring for his sister. And, when there is a finally is a scene, like Setsuko is burying the fireflies get a close up of an detailed expression and emotion, it feels more engaging and creates a stronger connection between the viewer and character.

However despite all that greatness, what makes this film especially special and gut-wrenching to watch is the relationship between Seita and his sister, Setsuko. There relationship feel genuine because we feel the obligation Seita has to his sister throughout the film. It because of their relationship that here are individual moments of great beauty. One involves a night when the children catch fireflies and use them to illuminate their cave. And with this scene we feel delighted to see Setsuko feel pure happiness.