After two critically panned feature films, Marvel’s most brutal hero makes his highly anticipated homecoming. Thanks to Marvel’s Netflix side of the MCU, fans can finally witness The Punisher. The spin-off series, which follows Frank Castle’s incredible debut in season 2 of Daredevil brings back Jon Bernthal in the title role and expands his story that was only touched upon in Daredevil. The Netflix side of the MCU has been a mixed bag as of late due to Daredevil season 2 and The Defenders received mixed-to-positive reviews while Luke Cage was acclaimed and ending with arguably Marvel’s worst project since the inception of the MCU, Iron Fist. After viewing all thirteen episodes, The Punisher is clearly, without a doubt, Marvel’s best standalone Netflix series since Jessica Jones and if you thought Bernthal was entertaining in Daredevil, just wait until to see what he can do in his own series.

Marvel’s The Punisher takes place sometime after Frank Castle waged his one-man war on crime to avenge the death of his family. After hanging up his vigilante identity, Frank now goes by a different name and stays out of sight but after uncovering a larger conspiracy beyond what happened to his family, Castle must don the famous skull once again and put an end to his haunting past, becoming New York’s infamous vigilante, The Punisher. 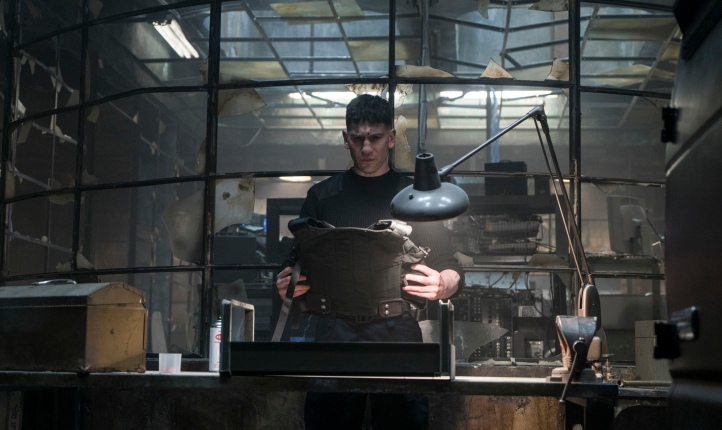 This is by far, Marvel’s darkest project to date as The Punisher is on a new level when it comes to grit and crime. The Punisher is not a superhero and the show makes that known from the get-go. Frank Castle is a man who has lost everything, whether it be his family, livelihood or friends and is struggling to cope with his place in life. He feels responsible in some way for the pain he is feeling and the series does an incredible job or portraying real issues people face. The Punisher offers viewers a hard look at the cost of military service what post-life could mean for men and women who defended the nation. Where the show really gets intense is when it tackles current issues surrounding our world such as gun control and PTSD. While The Punisher isn’t necessarily a superhero show, it still is a comic book adaptation but it never shies away from bringing an emotional core to its episodes, putting humanity at the forefront and delivering a thirteen-episode thought-provoking and entertaining narrative.

While The Punisher may be remembered for tugging at fans’ heartstrings, the main component of the series that will be revered is its incredible action. The Punisher opts for a slow build and at times, it may seem like the show may strive for less action. This is false. Each episode contains some form of brutality as The Punisher goes all out in delivering visceral, hard-hitting action from all its characters. It’s as dark as ever but also very refreshing by way of the series adhering to a more realistic portrayal of action.  The action set-pieces are not cartoonish level of brute force but is more restrained and emotive. The filming itself was done in superb fashion; several of the deaths seen were shot in very clever ways, showing sometimes the kill itself and all its gory glory or opting for off-camera kills while focusing who the reaction of who does the dirty deed. 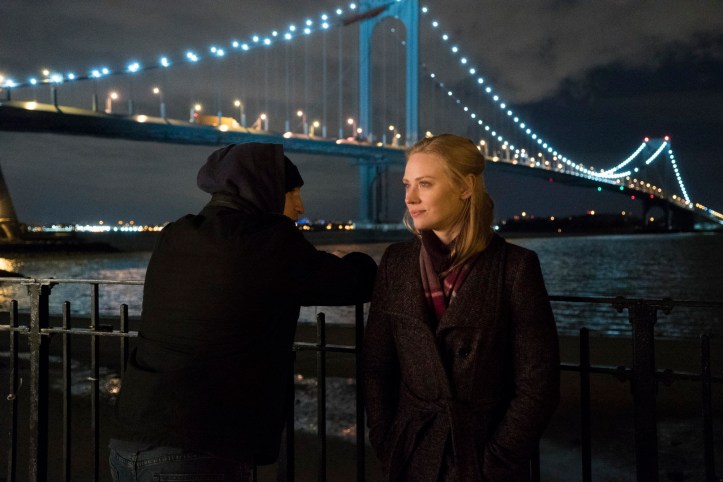 As expected, the acting in The Punisher is fantastic with each character bringing something exciting to the table. Jon Bernthal delivers one of the best performances ever seen in the Marvel Cinematic Universe in what can only be described as the definitive portrayal of Frank Castle. After being the best part of Daredevil season 2, Bernthal is back and better than ever, expertly bringing the tortured, beaten-down and brutal nature of The Punisher to life. His almost animalistic but heartening performance is second-to-none and his action sequences so incredibly entertaining to view. Ben Barnes stars as Castle’s best friend, Billy Russo in a career-defining performance. Barnes has never been so entertaining to watch. The writing for the character is perfect as The Punisher gives viewers a true look into the origin of a villain. Barnes is calculating, ruthless but is also complex and proves that the best MCU antagonists come from its Netflix corner. Amber Rose Revah, who plays series original Agent Madani, is a great addition to the cast and she completely owns the screen whenever she appears. She’s on the hunt for truth and justice and her encounters with The Punisher are enticing and lead to quite an interesting arc over the course of the series. Girls star Ebon Moss-Bachrach makes his MCU debut as Castle’s sidekick Micro and his love-hate relationship with Castle is some of the best content The Punisher has to offer. At times, it’s hilarious back-and-forth conversations but it also entails emotional and downright brutal moments that only elevate The Punisher to the level it’s currently at.

In keeping with its connections to the larger MCU, Deborah Ann Woll reprises her role as Karen Page and, while she isn’t on screen for very long, she serves her purpose as being one of Frank’s closest confidants. She shares a similar relationship with Castle like she had with Matt Murdock (who, if you’ve watch The Defenders, isn’t in the best situation right now), so it’s easy to see why Karen has taken a greater interest in Frank. She couldn’t help Matt but she feels like she can help Frank through his problems. 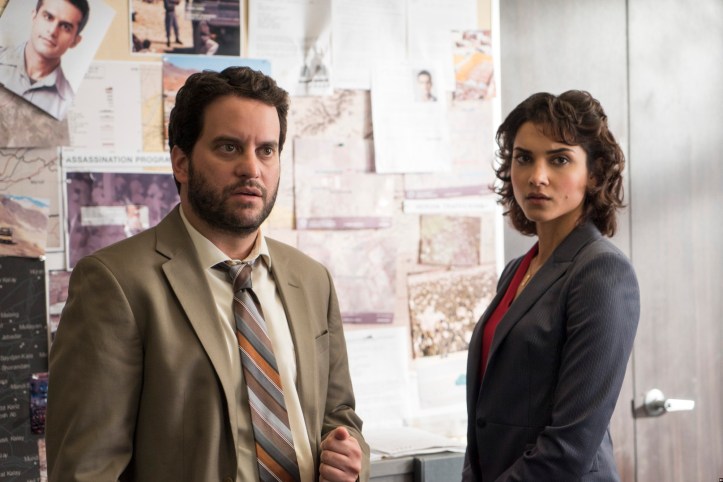 A common criticism among all MCU Netflix shows is its length and I would be lying if I said The Punisher didn’t pump the breaks at times to extend the length of its story. While entertaining as a whole, The Punisher does drag at certain points and usually it has to do with its focus on Homeland Security. It’s understandable as to why the government agency was included in the narrative, but the subplot involving it slowed the pace down hard and it viewers will wonder why they aren’t seeing The Punisher kicking ass but instead, watching government officials bicker about how to deal with various problems.

The Punisher is also beautifully shot and much like the other Netflix series’, the lighting for The Punisher is done beautifully. Like red with Daredevil and purple with Jessica Jones, The Punisher’s use of black to signify its dark and brooding nature is handled perfectly as it always signifies that fans are about to witness some brutal violence in the most satisfying and entertaining way.

Tyler Bates, best known for composing the scores of Gaurdians of the Galaxy Vol. 1 & Vol. 2, was brought in to compose the television score and he delivers on all accounts. Not only does he create one of the best themes for a Marvel televisions series, his action-packed and passionate score brings the viewers closer to the actions and gives a sense of what the characters are truly feeling during certain sequences. 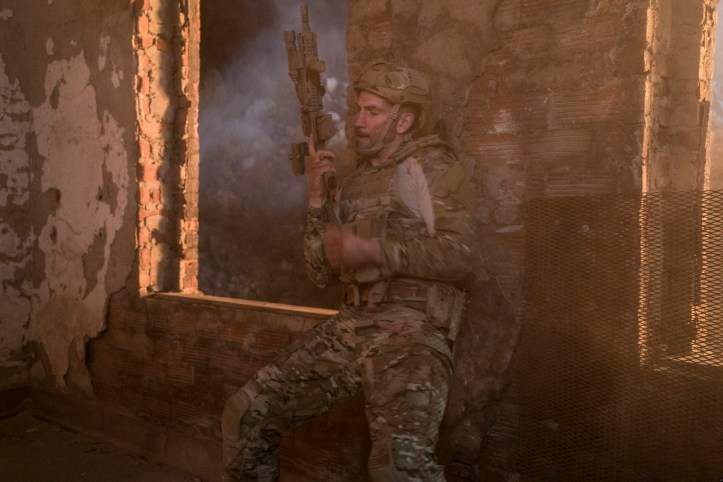 Overall, The Punisher is a slow but marvellous series that gives fans The Punisher we have all been waiting to see while still having an entertaining and challenging story. It features lifelike and phenomenal action scenes but also deals with real issues plaguing the world today. It is a return to form for Marvel’s Netflix franchise and is one of Marvel’s best television efforts yet. Much like Spider-Man, The Punisher is home and he is out for violent justice.

What did you think about Marvel’s The Punisher? Let us know in the comments down below!