The photo you see below is apparently the the first look at Star Wars’ next anthology film, Solo: A Star Wars Story! 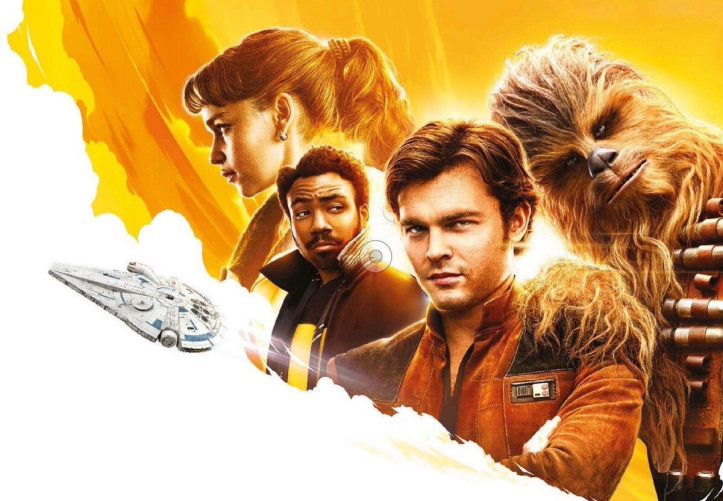 The picture surfaced on a Russian licensing site which also released a description about the film:

“Solo is an exciting story about intergalactic adventures, telling the adventures of young Han Solo, about how he got into difficult situations and found an outlet from them, as he became the same a smuggler, a rebel, a bully, a hero, whom we all know and love.” (in translation from Russian).

In addition, the latest issue of Empire Magazine has revealed some new plot details for the upcoming solo (ha) film. Writer Ian Freer notes that “Alden Ehrenreich’s Solo is not quite the space pirate everyone knows and loves just yet. Han is coming off his training at the Imperial Academy at Carida where he was a gifted pilot. The Academy kicked him out however for rescuing Chewbacca from an Imperial Officer. Freer notes that some variation of this friendship origin story will play a part in the upcoming film.

Freer also states that the Kessel Run will be shown in this film as the speculation comes from director Ron Howard tweeted a picture of a mine shaft with the caption “spicey.” As Freer puts it:

“This is most likely a nod to the spice mines of Kessel, a galactic prison where inmates mine a precious spice. It also suggests the Kessel Run, the hyperspace route used by smugglers, will play a part.”

Finally, as expected, the Millennium Falcon will make an appearance but it will look incredibly different. Freer states that the ship might include blue and white markings and goes on to explain Lando’s role with the ship:

“Of course, the Falcon initially belonged to Lando Calrissian, played here by Donald Glover. Solo won it in a game of Corellian Spike, a variant of the game sabacc using two parts of six-sided dice. Perhaps Solo will feature a set-piece around a fancy-dan D&D sesh. Very Stranger Things.”