What a beautiful anime to watch. Truly a piece of art.

Violet Evergarden is a Netflix original anime, created by Kana Akatsuki. The story goes like this: Violet has spent the past four years focused only on her duties as a child soldier. Waking up after the war is over, she has extensive injuries, no concept of her place in a world of peace, and no idea where her commanding officer has gone. Taken in by former Lt. Colonel Hodgins, who now runs a private post office, Violet becomes intrigued by the Auto Memory Doll Service, a department of people who transcribe customers’ thoughts into letters. 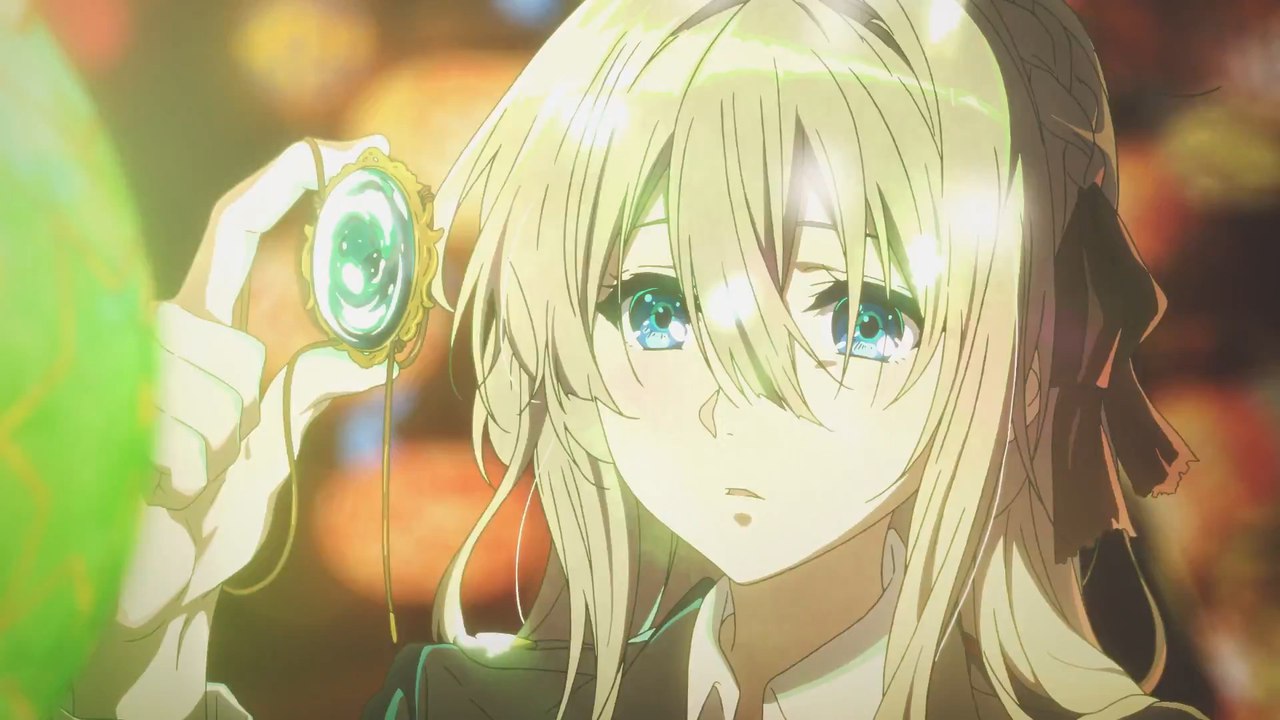 Unlike in other anime where I find myself more invested in the side characters because usually the main character personally is written to relate to everyone, however this tends to create a bland character, I like calling this the ‘superman effect.’ Fortunately, Violet Evergarden greatest component is the title character. Although we follow her story, within each episode the story is told through another character’s perspective via narration, which illuminates the story of a completely different character. Violet is a strong, cold, meticulous person, who lacks the common nuances of emotions and daily life. Ironically, the character with this least amount of emotion and personality, is the funniest and most endearing of the cast.  A common trope of anime of this genre fall into is lack of character development from the supporting cast. However, its the interactions between the supporting cast and Violet that creates the most development. With each interaction Violet learns to be more compassionate and starts understanding what love is. Although, the story can be perceived as dull or boring, Violet makes each episode work for me.

But you can not review this anime without factoring in its breath-taking animation. The animation advances the story in ways I have not seen before. Let’s use the premiere episode as an example: The premiere, much like the rest of the episodes, feel like self-contained short film. Not just exquisitely animated, it also uses cinematic techniques with skill. A close-up of a character putting hands in pockets when hiding something. A piece of paper, flying through the air to give a bird’s eye view of the city we’ll soon get to know. The close-ups of violet’s misty innocent blue eyes that seen too much pain to comprehend. This never feels artsy or try-hard; it’s just sophisticated storytelling, of a type we don’t often get in anime. This can be expected from the studio that brought us A Silent Voice. The themes of love, lost, and how post-war soldiers adapt to a new form of reality, fully illustrate to me how clever the narrative. Although I do not find the story relatable, I do find it compelling. I want to see if Violet actually learns what love is. This can be seen as cheesy, but I think its interesting perspective understand what love is. This could due to Violet mannerisms or the show’s animation, but I do know is I had a great time watching this anime and look forward other original Netflix produced anime.

If you liked this review consider following us, so get notified every time we upload an article. Look forward to more anime related articles in the future!!!