IT’S TIME TO, make a review of Yu-Gi-Oh! But also, IT’S TIME TO DU-DU-DU-DUEL! Please keep in mind this review will contain spoilers for 20-year-old anime.

With Netflix uploading all 5 seasons of the original anime, it had given me the opportunity to review one favorite shows as a kid. As I have stated on multiple occasions, Yu-Gi-Oh!, DBZ and Pokémon were the big three Anime I grew up watching. So, despite their short-coming I still hold them to high standards because the lessons I’ve learned from them, which still present in my every day life. Now, I am aware that nostalgia is dangerous, so I’m going to try my best to not let childhood sentimental memories cloud my judgement of this show. Additionally, one the main reasons why I love Yu-Gi-Oh! is because of the card game. Once again, I will not let my affections for the card game influence my analysis of the show. They are two completely separate entities and deserve to be explored separately. Also, this important because for the entire series of Yu-Gi-Oh! it seems like all characters have no idea how to properly play the card game. So, with that in mind we began the review of Yu-Gi-Oh! Just as a small disclaimer, if there are any inconsistencies between what say, keep mind I’m going off the English Dub made by 4Kids of the show. That is the version I grew up watching, so that is the one I’m sticking to.

To be honest it is almost unnecessary to explain the plot, because the first thing you watch in the pilot is full synopsis of the plot. Yugi and Joey are playing Duel Monsters, in which Yugi gives the basic premise of how to play ‘Duel Monsters.’ I am not a big fan of the heavy exposition but considering this is show made for kids I can understand their reasoning. But watching it now it feels like that writers are assuming that kids can not figure out the plot for themselves and have hold their hands and walk them throughout the story. But, for the sake of structure I’ll discuss the plot briefly. The show revolves around the adventure of Yugi Muto, a boy who completed an ancient Egyptian artifact known as the Millennium Puzzle, which led to him to inherit a spirit known only as the “Pharaoh.” Along with his friends: Joey, Tea, and Tristian, they play a game called ‘Duel Monsters.’

* Did you know* that the series were all familiar with is the second anime adaptation of the manga following the 1998 anime television series produced by Toei Animation, and begins from the Duelist Kingdom arc. The first is what many fans refer to as Season Zero. Its awful don’t watch it. I’ll make a separate review on that one.

The Good? As kid I loved Tristan and Joey, for they are present mostly for comic relief. However, upon re-watching my favorite character is Yugi and the Pharaoh, which 4K kids named Yami for no reason. Their relationship is the heart of the show and are able to drag a somewhat mediocre narrative. I believe Yu-Gi-Oh! to have the best endings in anime. The final duel between Yugi and the Pharaoh provides a fitting end the Yugi’s and the Pharaoh’s story arc. Yugi finally proves that he ready to be independent by defeating the Pharaoh in a duel. This finally makes him the real ‘king of games,’ and Pharaoh dies in the end of the series. Having the main character, or at least one them, dying at the end of your series gives a anime an emotional weight that isn’t felt in other anime. 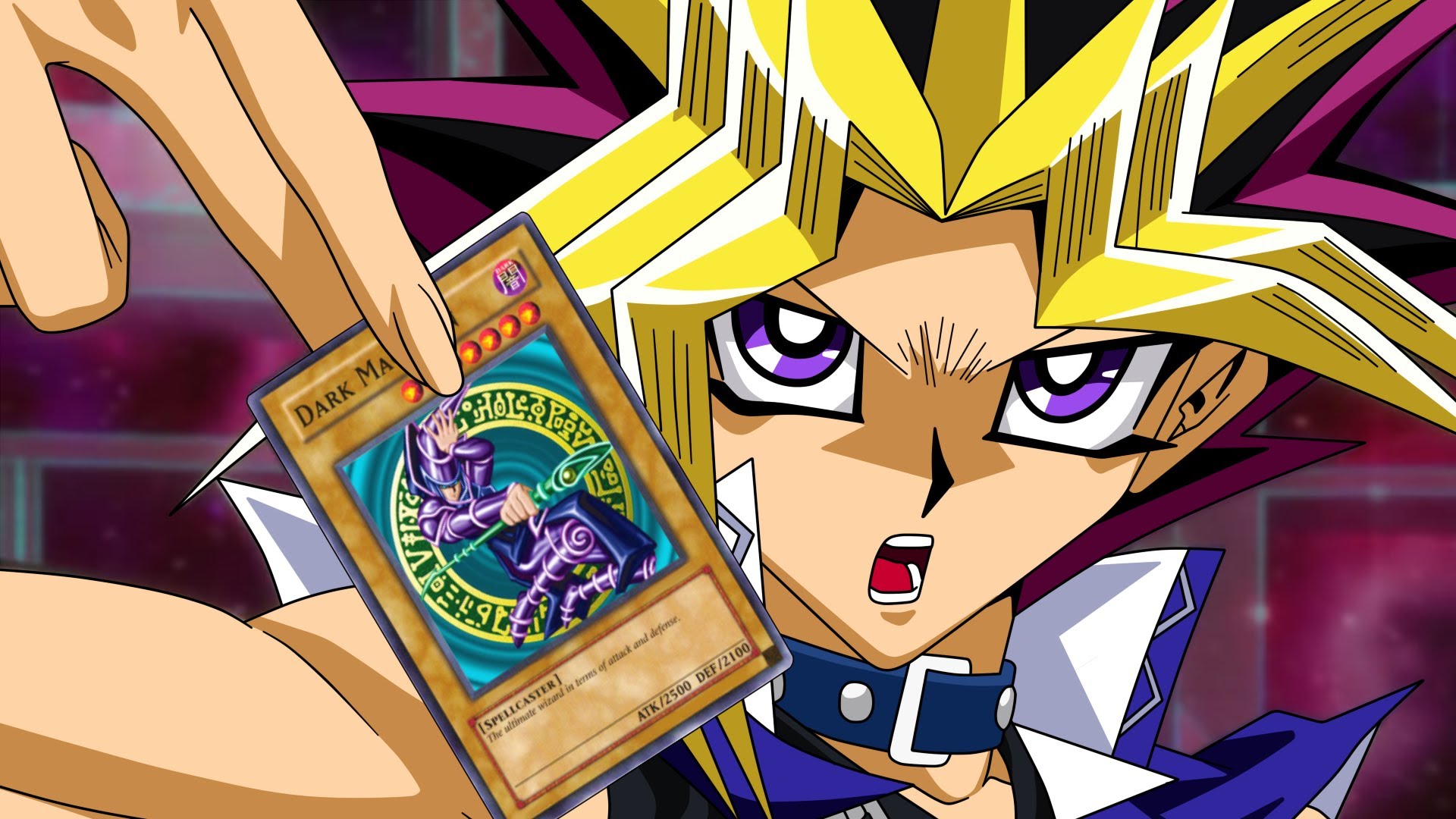 The bad? The animation is ordinary at best, with the exception being certain duel which are well drawn and coloured. However, the animation does get somewhat better towards the later seasons of the anime. Yu-Gi-Oh! is prone the occasional animation flaws with many of “green” spell cards colored as “red” trap and vice versa. Several monster that effect monsters are coloured as normal-type monsters. 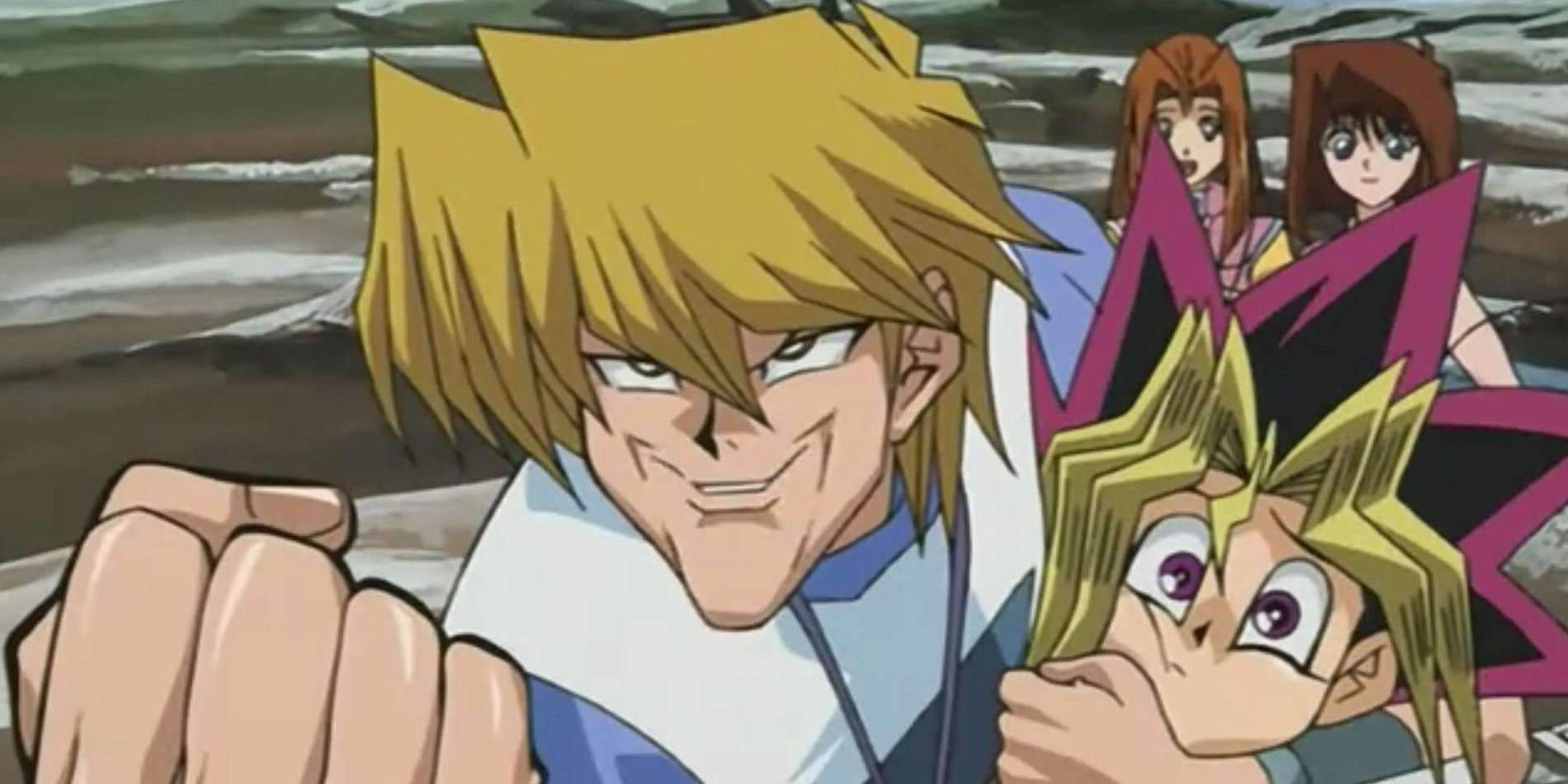 However, without a doubt the worst thing about thing about original Yu-Gi-Oh! series is it filler season. Keep in mind the story of the filler arc is not that bad, I actually kind of enjoyed it, with the Waking the Dragons arc having the honour of being the worst season. However, why did they halt the narrative of the anime’s best season. Every time I feel like re-watching Yu-Gi-OH! I always skip the filler. As I mentioned before no in the show knows how to play the card game properly. Almost every spell card us used during the opponents turn despite not being a quick-play. Effects of cards would intentionally change so the writers would not create a duel in which the protagonist cannot win or.

Overall, Yu-Gi-Oh! is an enjoyable anime for what it is, a kid’s anime designed to sell playing cards. Despite its faults Yu-Gi-Oh! still holds a special place for me. Now, I just to wait for Netflix to upload Yu-Gi-Oh GX and finish dubbing the last season. Please and thank you!