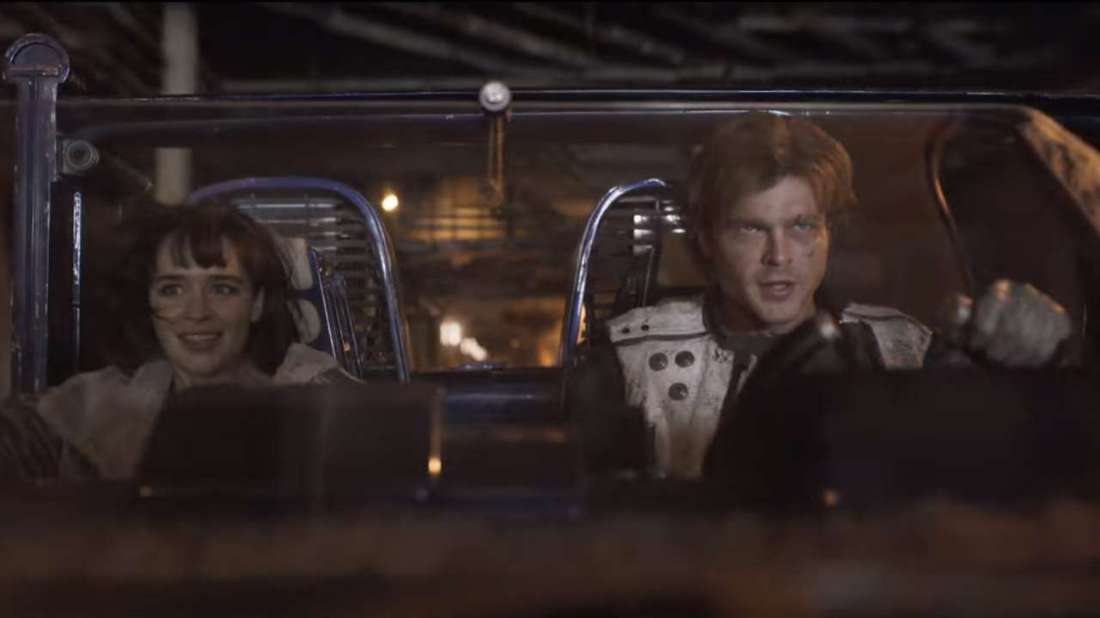 Tonight, Lucasfilm and Disney released a brand new trailer for their upcoming Star Wars anthology film, Solo: A Star Wars Story. Check out the trailer below!

The new trailer showcases the young Han Solo as the film chronicles his life before his meeting with Ben Kenobi and Luke Skywalker in Star Wars: A New Hope. The trailer confirms that Han and Chewbacca will join Woody Harrelson’s character’s criminal crew which also includes Thandie Newton. The trailer also gives viewers their first look at Paul Bettany, who replaced Michael K. Williams after the latter dropped out of the film due to scheduling conflicts. We also get new shots of the Millennium Falcon as well as the growing threat of the Empire and a young and suave, Lando, played by Donald Glover.

Additionally, Lucasfilm released a brand new poster for the film. Check that out below!

Board the Millennium Falcon and journey to a galaxy far, far away in “Solo: A Star Wars Story,” an all-new adventure with the most beloved scoundrel in the galaxy. Through a series of daring escapades deep within a dark and dangerous criminal underworld, Han Solo befriends his mighty future copilot Chewbacca and meets the notorious gambler Lando Calrissian, in a journey that will set the course of one of the Star Wars saga’s most unlikely heroes.

SOLO: A STAR WARS STORY opens in theatres on May 25.