It seems that the Suicide Squad can only be done justice in the field of animation, and if the rumors of Black Adam appearing as the antagonist in the live-action sequel prove correct, this will still be the case.  This was proved true once with Batman Assault on Arkham, and while it isn’t quite as good, the trend continues with Hell to Pay.

In DC Animation latest entry Suicide Squad Hell to Pay, the team is tasked by Amanda Waller to hunt down a magical item of grave importance.  Led by Deadshot (Christian Slater) and Bronze Tiger (Billy Brown), the team fights it’s way through a gauntlet of well known super-villains on a mission that tests not only their strengths but their beliefs as well.  They are a suicide squad, so don’t expect them to all make it out alive. 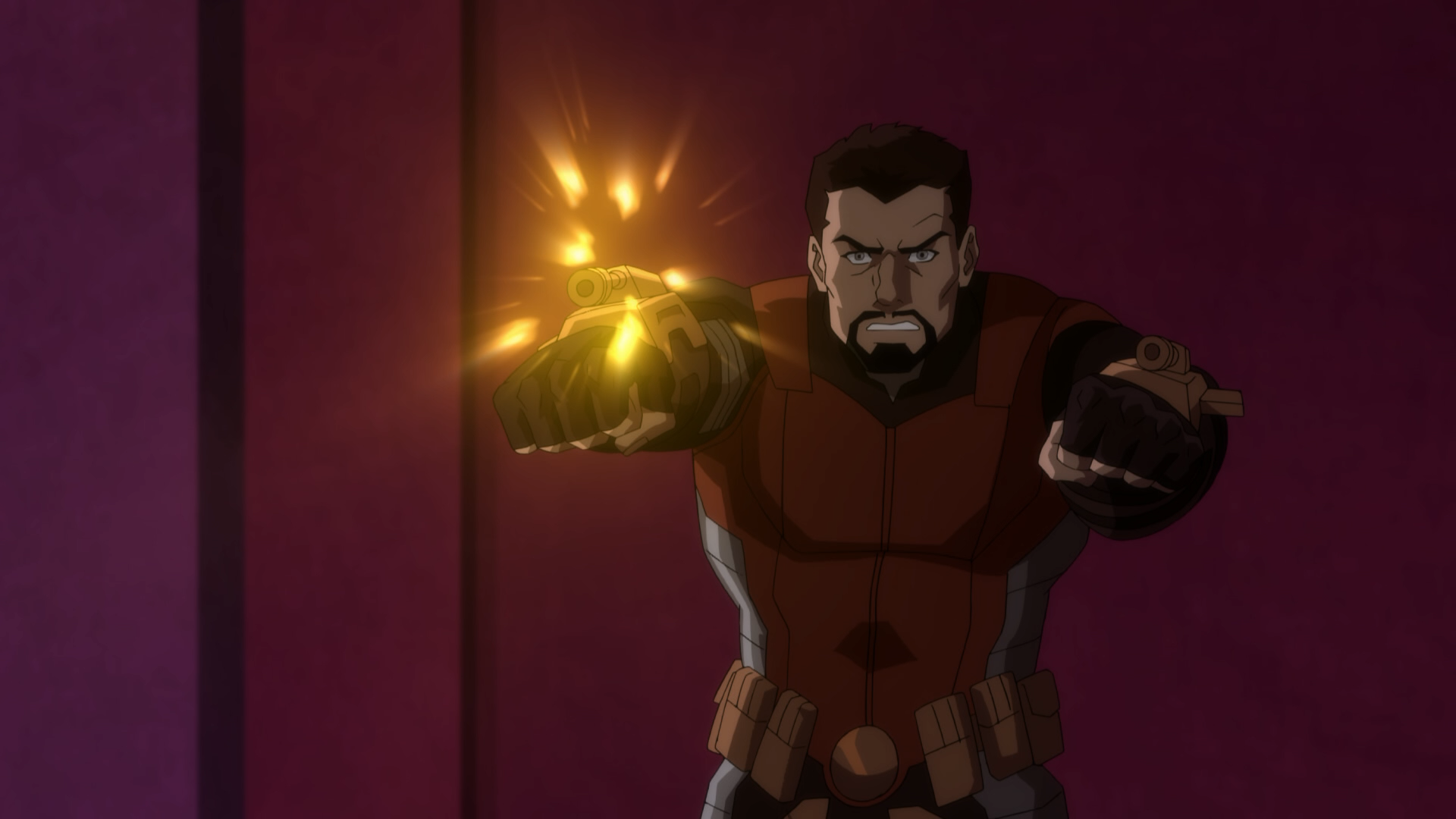 Suicide Squad Hell to Pay combines super-powered black ops narrative with the road trip movie, and the results are a hyper violent ride through the seedier parts of the DC Animated Film Universe.  The film stays true to the source material, in that all the characters are treated as villains.  They’re all in it for themselves and this leads to quite a bit of backstabbing, which makes the characters far more believable than they were in the live-action adaptation.  It also brings some tension to the film, because there is not loyalty in this movie.  There are clearly defined parties interested in obtaining the card, but each character has their own agenda and would betray their team in a heartbeat.

Hell to Pay is not afraid to kill off characters, with the body count growing higher than I think any viewer would imagine.  The high body count adds a sense of gravity to the film.  Characters can die, almost anyone is can end up on the writer’s chopping block and while it is readily apparent that certain characters won’t die, it’s more than most superhero films offer viewers.

The spirituality of the characters is touched on in the film, which is fitting considering the nature of the film’s McGuffin.  This is however only small part of the narrative, as it is largely limited to one conversation on what can be described as the most insane RV ride of all time.  This does however show the characters reflecting on their actions in life and shows some acknowledgement of their own mortality.  It does come up again at the end of the film and provides a nice pay-off to the all too brief conversation.  This exploration of spirituality in one way in which the film attempts to add layers to it’s villainous characters,  and for the most part it pays off quite well.  The film features a large number of characters pulled from the history of the DC Universe as the Squad faces a gauntlet of foes, but never loses sight of it’s core cast.  As mentioned earlier each character has their own agenda, with only the characters relegated to the role of grunt coming off as completely one dimensional.

Deadshot and Bronze Tiger prove to be incredibly compelling leads.  Slater’s performance is impeccable, as is the script’s characterization of it’s lead assassin.  Deadshot is still a vicious killer who used his very particular set of skills to earn money, but this film gives him a redemptive arc that does not ignore his past crimes.  Tiger is the only sympathetic character in the team as he’s not really a villain per say, but at the same time the film does not ignore the large number of murders he is personally responsible for.  Both character is portrayed as complex leads, and their dynamic makes up for the flaws littered. throughout the film.  Not every character is given a similarly large role, and they vary in terms of interest.  Killer Frost (Kristen Bauer Van Straten) is enjoyable as a source of humor and is motivated by her self-serving nature in the film’s story.  Captain Boomerang (Liam Mclntyre) is similarly enjoyable as he also serves as a source of humor, with his scumbag nature making him an fun bit player in the movie.  Copperhead (Gideon Emery) is there just to be the one of the few team members who has super powers and is at least visually interesting.  He has no character arc is seems to be purely exist as part of this narrative for when an action scene occurs.  Harley Quinn (Tara Strong) on the other hand has no logical reason to be present in this movie’s story.  Harley’s presence in the film is… well it’s irritating at best.  It seems the New 52 relaunch of the property has caused her to be associated with the team in other media, and in this film, it really does not work.  She’s there as comic relief, but we get that from Killer Frost and Boomerang, with their dialogue being far more entertaining.

Professor Zoom makes for an interesting antagonist, with great voice-work.  The creators even found a logical reason to make the character a feasible antagonist for a team of mostly non-powered characters.  The problem is that his presence in the film carries unnecessary baggage that leaves the film not friendly to those unfamiliar with these properties. This is honestly the biggest drawback of the film, because it makes it less accessible than it should have been.  It’s odd that the debut film for the team in this animated universe is a follow-up to another film, as it also distracts from the personal journey Bronze Tiger and Deadshot are on in the movie.  It causes the film to become more of a tie-in movie than a story about personal growth and mortality.

Waller’s role in the film is central and important, but despite this she feels very side-lined.  While Bronze Tiger and Deadshot are arguably the main characters, there so much potential for Waller’s character in the movie.  She is facing the possible repercussions for a life time of morally questionable decisions, but she’s done it all in the name of patriotism.  It’s a shame that such potential goes to waste, and that one of the character’s driving the plot serves no real role beyond blowing up heads from a distance.  Vandal Savage is another character under served character, whose immortality could have provided an interesting view on death, but is instead relegated to a brief and rather vague line of dialogue.

The animation is fine and does the job of telling the story.  There’s nothing exceptional happening, and it adheres to the usually high-quality production in DC’s animated features.  The truly standout feature of this film, visually, is the character designs done in the animation style of Phil Barossa.  Each character is given a sleek new look that has s modern feel but carries elements of their iconic comic-book appearances.

Despite some problems, the film excellently combines high octane violence with small character moments which produces an enjoyable entry into the DC Animated Film Universe.

What did you think of Suicide Squad Hell to Pay? Leave a comment and let us know.