Avengers: Infinity War, Are There Too Many Avengers?

*Spoilers ahead.  You have been warned.*

Avengers Infinity War is a good movie and this article will by no means challenge that.  It has great emotional weight to it’s story, the action sequences are fun to watch and Thanos is an incredibly compelling lead.  The thing that keeps the film from being truly great is the sheer scope of characters that the Russo Brothers incorporated into the film.  This leads to some very bad pacing up until the end of the film, characters who serve no real purpose in the story and a general feeling that the narrative was over-stuffed.

Now this problem was difficult to avoid, as Marvel set up a story that would feature at least the Guardians of the Galaxy and the Avengers, and when the Avengers numbered six that seemed quite reasonable.  However, both teams grew, one more-so than the other, and then someone made the decision to feature almost every MCU character in this movie.  In the build-up to watching the film this helped make the coming event feel epic and grand, but upon watching Infinity War I realized how much of a mess this caused for the final product.

The sheer number of characters is handled by creating multiple plot threads which all weave together into a satisfying conclusion, but the road to get there was rough.  The sheer number of subplots meant that we were only allowed brief moments of time with various groups before we had to cut to another one and see what they are doing.  Following that many different plot threads meant screen time for the various character’s was limited.  There were also times where a certain threads were absent for quite some time.  At one point the narrative shifted back to Thor’s quest and my first thought was, “I completely forgot Thor was in this movie.”  The character had been off-screen for so long that I lost track of his sub-plot.  That’s not good story-telling, and I even had a friend with me who became bored due to the frequent jumps between the various character groupings.  Pacing issues aside Thor was the most well-developed character in the film besides Thanos.

The large cast also makes the fattier elements that should have been cut all the more visible upon watching the movie.  Black Panther serves no role in this movie other than provided a battleground for the final conflict and an army for the Avengers to use.  The character has no arc or importance in the film, and frankly the writers could have chosen another place to stage the final battle.  Spider-man is by far the most pointless character in this movie.  I know that Tom Holland is a beloved part of this franchise now and that he has the emotional moment with Stark as the film concludes, but that’s all he’s there for.  Winter Soldier’s presence… he’s there to shoot stuff during the final battle.  He’s also given that one scene where he gets a new arm and then says hi to Rogers for ten seconds.  A random Wakandan soldier could have fulfilled his role in Infinity War, which would have eliminated the need to include a scene dedicated to introducing him into the narrative.  There’s just so much time spent on inconsequential characters that could have been devoted to one’s far more crucial to the film.  None these characters are members of the team and could have easily been excluded for that reason alone.  Their small moments of screen-time could have been given to characters that deserved a larger presence in this movie, like Captain America.  He’s a founding member of the Avengers, one of the most important characters in this franchise and was there when the road to Infinity War began, but he is of no consequence to this movie.  Black Widow, another major character in the franchise, is provided with a similar treatment in Infinity War.

The other problem with the all the moving cogs is that the films begins some really interesting character arcs and relationships that go no-where and have no bearing on the story.  Hulk’ inner struggle, only apparent if you read interviews with the Russo’s, is teased by never elaborated on nor does it have any closure.  The Hulk showing fear is very interesting, and the few seconds devoted to it are pointless and mainly used for laughs.  The only one of these bits I found funny was before Ironman confronted the Black Order in New York City.  Ironman’s dynamic with Pepper is interesting and could have given an emotional weight to his story – eliminating the need for Spider-man – but the narrative quickly forgets about one of the most interesting exchanges in the movie. 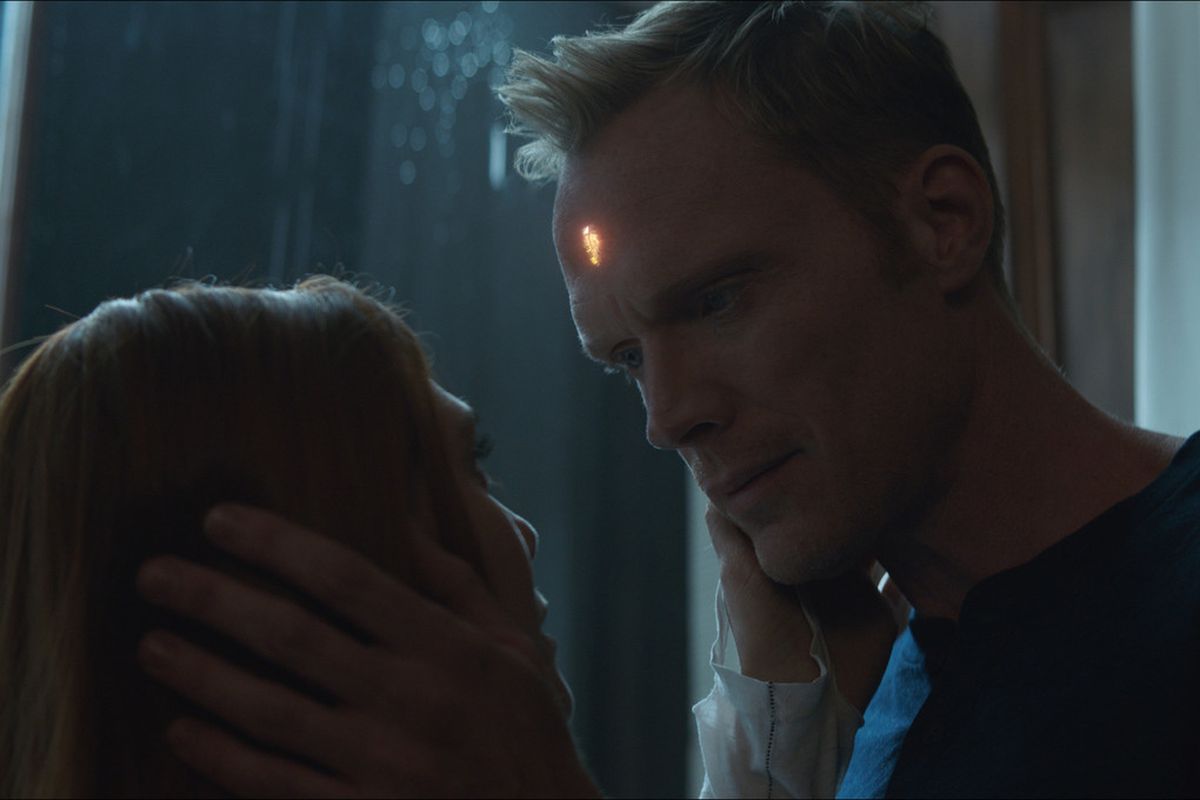 Vision’s relationship with Scarlet Witch is a core part of this film, both in terms of plot and theme, but the film never fleshes it out.  Considering their romance was only teased up until this point – though the film doesn’t do a terrible job handling it – more time spent on the couple would have been and improvement.  Their scenes together have to establish the deep connection they share but do to the limited screen time it comes across as lengthy exposition.  Their entire relationship is summed up as Scarlet Witch refusing to let Vision die… and that’s it.  This is enough to get the point across, but not enough for me to care. The audience is never shown their love are instead told multiple times  of it’s depth and meaning.  This left me feeling cold and not at all invested in their relationship, despite it’s role in the film’s structure.  That’s a shame, considering how much of the ending’s emotional weight hinged on those two characters.

Thanos is a well thought out antagonist (the term villain just seems wrong) and the film does a good job of developing his motivation.  However, part of his character arc in the film is the relationship he has with Gamora, which – while given three really great scenes – never seems as fleshed out as it should have been.  Considering this is the first real in depth look at her upbringing with Thanos, I expected more.  An example of this would be more time spent on Gamora’s conflicting feeling towards her (forcibly) adoptive father.  This is teased after she thinks that Thanos died at her hands, but after this scene Gamora returns to her, “I hate you because you’re genocidal”, stance.

I have to acknowledge the argument that the movie was meant to be like this and that it performed exactly the way in which the directors intended.  That’s a fair response, with each character having a specific role within the story.  That argument can be made for Captain America and Black Panther, but the film revolves around deeper connections between characters to prove, as some would say, thesis.  In fact it starts character arcs that never feel fleshed out or developed, and the sheer scope of the film leads to some heroes getting lost in the narrative.  Much of what I find lacking in this film could show up in the sequel, which would be a bummer because I thought this wasn’t supposed to be a two-part movie.  A film’s quality should not be contingent on those that lead into it and those that follow, franchise or no franchise.

Considering that this film has a sequel coming that builds off of it’s jaw-dropping ending, the Thanos saga really should have been a trilogy.  That or the creative team shouldn’t have tried to cram in as many characters as possible.  There’s so much happening in this movie and the inadvertent battle for screen time is a true detriment to an other-wise enjoyable film.

What do you think of Infinity War’s pacing and it’s character development? Do you agree or disagree with my viewpoint?  Either way feel free to leave a comment.