What Kamala Khan’s Ms. Marvel Could do for the MCU

In an interview with the BBC, Kevin Feige has mentioned the possible inclusion of the Kamala Khan incarnation of Ms. Marvel once work on the upcoming Captain Marvel film has finished.  Some project related to the character  — Feige never specified if it was film or TV — is apparently in the works at Marvel studios.  For his exact quote see below.

“Ms. Marvel, which is another character in the comic books, the Muslim hero who is inspired by Captain Marvel, is definitely sort of in the works. We have plans for that once we introduce Captain Marvel.”

Kamala Khan — Ms. Marvel’s real name — is a relatively new addition to the Marvel canon, being part of the push for legacy heroes that the publisher has introduced in recent years.  Created by by editors Sana Amanat and Stephen Wacker, writer G. Willow Wilson and artist Adrian Alphona, Khan is Marvel’s first Muslim hero to feature in their own solo title.  She was one of several characters who discovered that they had inhuman ancestry during the Inhumanity event, and chose to use her powers to emulate her hero, Captain Marvel.  The character has appeared in her own self-titled ongoing series as well as joining the Avengers and later the Champions, a group made up of younger teenage heroes.  Kamala joining the Marvel Cinematic Universe would be a great addition to the growing pantheon of heroes, especially after several heroes will presumably take a back seat following the events of the as yet untitled Infinity War sequel.

Despite recent steps forward, Marvel’s current line up of heroes is not very diverse, mainly because many of their most iconic superheroes were created by middle-aged white men in the early 1960’s.  Now that many of those heroes have been given films, it’s time for Marvel to start looking at their more recent characters like Ms. Marvel for future movies.  Khan’s inclusion in the MCU would make for a more diverse and inclusive cinematic universe, which Marvel’s already been working towards with projects like Black Panther.  Much of Khan’s story has to do with her living in the United States as a Muslim teenager, something that any adaptation would have to include.  Ms. Marvel is an opportunity to feature under represented groups in Hollywood film making, and would be a step in the right direction by Marvel. This opens up new story-telling possibilities for the Marvel Cinematic Universe and — much like Black Panther — would lead to a superhero film that deals with relevant issues.  Escapism is great, but the addition of socio-political commentary has led to the creation of some of Marvel’s most innovative films. 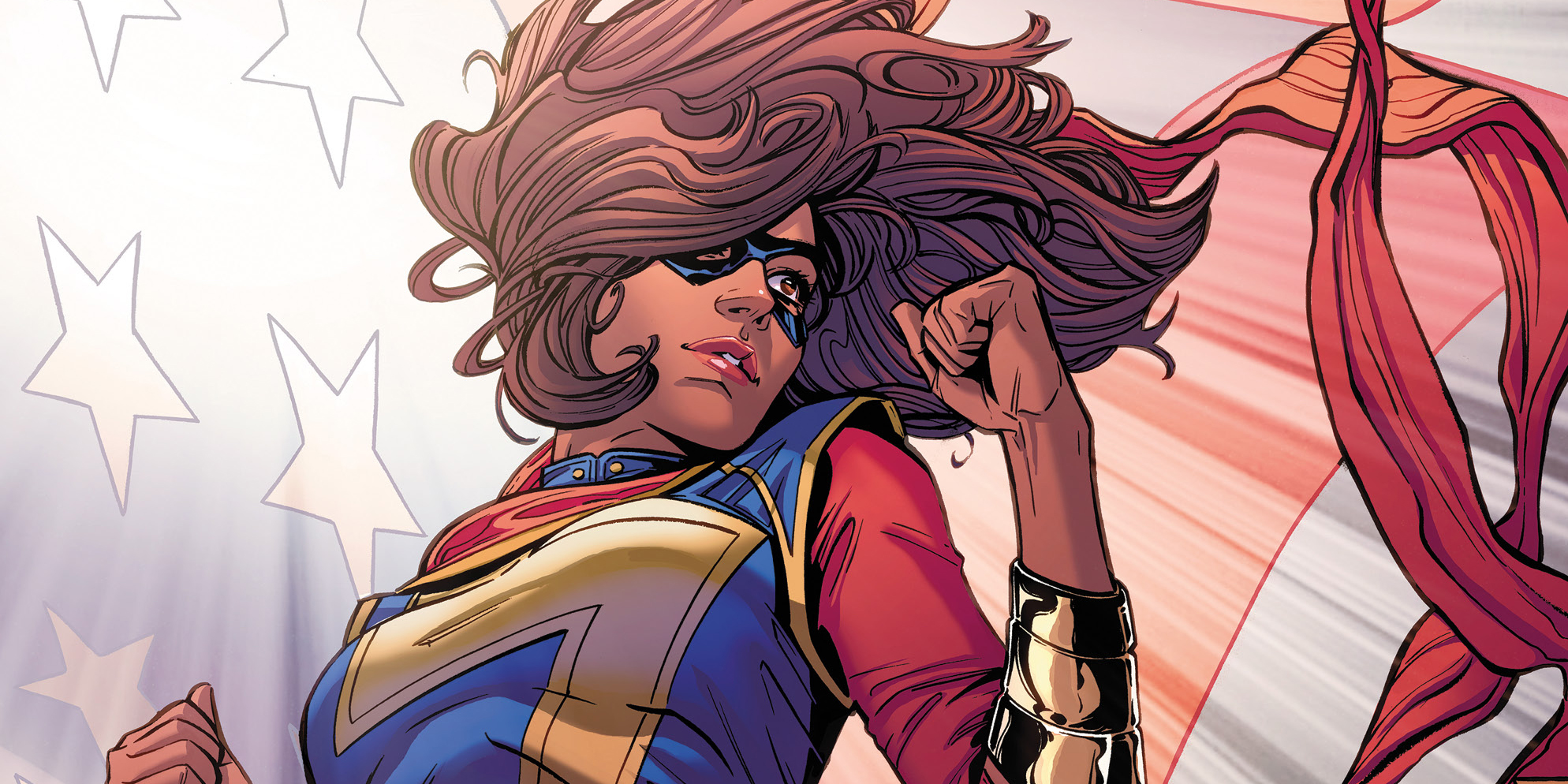 Captain Marvel will — much like Wonder Woman — provide a powerful female role model in the superhero genre of film.  Kamala’s one of those young women who get inspired by characters like that, and would be herself a powerful female role model.  She is the kind of character viewers and readers can identify with, because she was the superhero fan who got inspired to be something more.  She’s a teenager trying to find her place in a world that makes her feels like an outsider, but it’s through the inspiration of Captain Marvel that she finds inner strength.  Ms. Marvel is representative of the impact that films like Captain Marvel can make on the world, and which is another reason why she should be introduced to the now ten-year old franchise.

Including a character like Ms. Marvel brings an well-know element of superhero comics to the big screen for the first time since Batman and Robin, the legacy hero.   As more heroes are phased out of the MCU, the individual behind the masks may be gone but their personas can live on.  Ms. Marvel can be the first example of this, with her identity being inspired by Carol Danvers.  This can be the start of a larger trend that keeps the MCU fresh, while not having to discard established franchises.  Actors age and want to try new things, and Ms. Marvel could help establish a direction that would allow franchises to continue past the actors involved.  Get new characters to assume established costumed roles, because the identities these heroes assume are always bigger than them.  They represent something which shouldn’t live and die with one individual.  It also saves Marvel the difficulty of re-casting actors who have become synonymous with a certain superheroes.  Depending on the success of Captain Marvel and how Kamala is set up in the MCU, she could easily become a flagship character that along with Holland’s Spider-man could carry the franchise forward.

Introducing younger heroes is a great way to keep the MCU moving forward as it loses some of it’s most prominent characters.   They can carry numerous films on their own, as the potential actors who would play the character would all be young — seeing as Kamala’s a high-school student.  Longer lived franchises — beyond trilogies — can lead to the opportunity for the films to depict the growth and maturity of a young hero.  Fans would be able to see Kamala grow into an adult hero, something that’s never happened in a superhero franchise before.  Rami’s Spider-man trilogy kind of had that, but the first film never really felt like a high-school movie and Peter was almost done high-school anyway.  Right now the current Spider-man film series seems to be the first to properly attempt it, and Ms. Marvel should join in the effort.  It would also lead to the construction of a new part of the MCU, with younger characters who are learning how to be heroes.  Tom Holland’s Spider-man is an existing example in the MCU, and including a character like Ms. Marvel will expand this part of the franchise,  which could lead to new crossover stories patterned after Marvel’s current Champions comic series.

The inclusion of Kamala Khan to the MCU would allow the studio to craft stories from perspective not previously seen in their prior work.

What do you think about Ms. Marvel’s potential appearance as part of the MCU? Leave your thoughts in our comments section.