“Despite any problems I may have with the art, this is a good comic book. With a promising story and a script that perfectly balances action with intrigue, Rosenberg seems to be moving in the right direction for the next Punisher classic.”

“The Pike family saga has been brought to and end, one that takes the series back to its beginning – both literally and spiritually. Lemire brings a perfect close to the series by following up the penultimate issue with the aftermath of the various decisions the family members had made regarding their personal demons.” 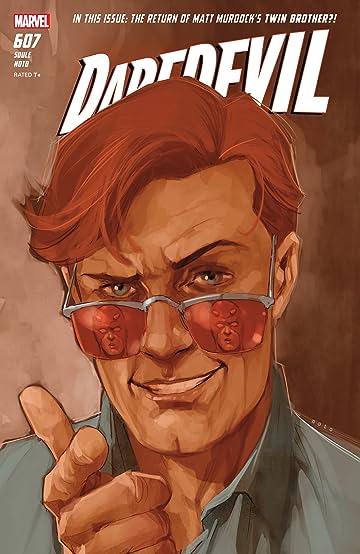 The saga of Mayor Wilson Fisk has been a captivating story arc as Daredevil finds himself battling against his own city to defeat one of his most dangerous adversaries. That makes this issue such an odd direction to take the story as a very obscure and odd storyline from the 60’s run of the character resurfaces. Mike Murdock, Matt’s alter-ego to avoid people linking him with Daredevil, has returned as an actual person with supernatural origins.

Why would Soule revisit such an old and outdated storyline? Based on Matt’s narration he got to engage with the world in a different way while assuming the identity of his fake twin brother, it seems that Soule is using Mike as a mirror to examine Matt’s personality. That idea is interesting and the writer has found on off-kilter way to do such a task, but how this story connects to the whole remains to be seen. At the moment is just appears to be an unnecessary diversion from the larger ongoing story, but hopefully Soule proves me wrong.

Phil Noto is a great addition to the series as no other artist draws faces quite the way he does. His masterful rendering of their expressions subtly conveys the difference between Matt and Mike.

The end of Buffy the Vampire Slayer (at least at Dark Horse Comics) is almost here and despite the epic scope of the story, something is missing. Reckoning has been about Buffy and co. going up against an army of demons with future knowledge, which is an awesome story with great action and big stakes. But that was never what made Buffy or Angel such compelling television shows. Fans loved them because of the characters and the smaller moments in between battling the big bad of that season. Due to the short nature of this season and the movie like structure employed by the scripts, we don’t get to spend enough time with the characters before saying goodbye. Only snippets of the characters are shown to save room for the big battle and it doesn’t feel like the proper send off for the series.

Georges Jeanty’s art is good… for the most part. The action scenes are well choregraphed and he perfectly captures the essence of the characters in his drawings. The sad thing is the character models for some characters are inconsistent at times and those drawings just don’t look good. 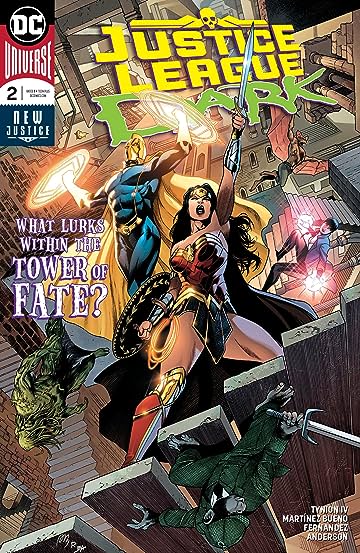 Proving to be the best of the new Justice League line-up of titles, Justice League Dark continues the success of the first issue into a good second outing. Wonder Woman’s new team is facing a threat they no nothing about and the closest things they have to experts don’t particularly like them all that much. The team is positioned on the outside of the magical community, not wanted by those they wish to help. It puts a lot of conflict around the team and not just from their enemies which gives them even more obstacles to overcome to face the coming threat.

Wonder Woman is the perspective character in this issue and it uses her relationship with magic early in life to show that humanity was always interested in these supernatural forces. But they do not fully understand them. Humanity has used something that alien to them and now those actions have come back to haunt them. Swamp Thing has seen the darker sides of humanity that have caused the series events to be set in motion and seems to have given up on the world he has sworn – in part – to protect. He and Constantine have a scene together than brings a pathos to Alec Holland and allows the readers to understand the action of the opening arc’s villain, despite the horrifying results of their actions.

Bueno is the perfect artist for this series, balancing the superhero-ness of the series with the horror elements that feel borrowed from the Vertigo Hellblazer series. The Upside-down man made his first full appearance this issue and is terrifying. A great design from an amazing artist. 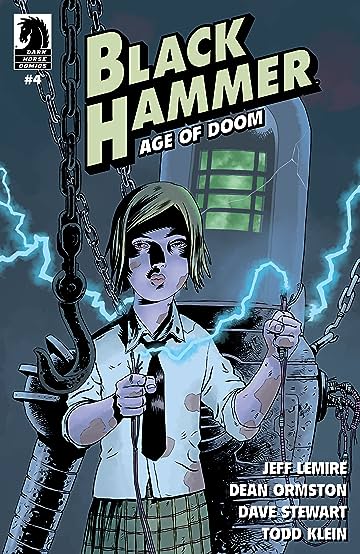 This issue brings the plot forward as the mystery behind the town is finally revealed, though only the tip of what seems to be a very large ice-berg. It leaves more questions than answers, but it left me in suspense waiting for the next issue. It’s still a character focused story and those moments are what make this book so good, not just the big twist. Abraham has fully committed to the world around him, finally opening up in an attempt to truly make the place a home. Seeing that all disappear in the closing pages is heartbreaking, even though the readers is not yet privy to his reaction. Character finding small wins and having them ripped away seems to be a Lemire trademark and it keeps up the tension of his stories. Though, some people do get what they want. Gail’s anger towards being lied to by Dragonfly was a great scene because all of the frustration she’s felt since this series first started has a target. 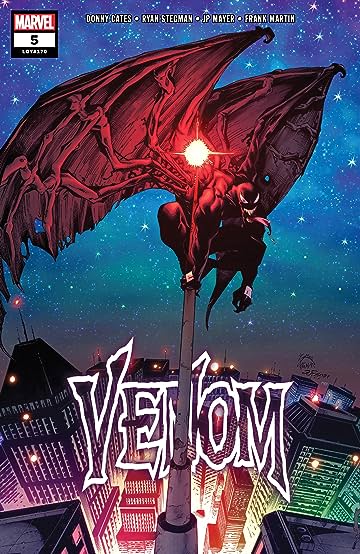 This series has been an unexpected joy, with Cates and Stegman bringing something new to the titular character without deviating from what made Venom so appealing when he first appeared in Amazing Spider-Man #300. Venom is a hulking monster who will do whatever he feels is necessary to do the greatest amount of good. He also is covered in a alien symbiote and is not remotely a grounded character something Cates’ script revels in.

The issue is light on action, but it does continue to expand the mythology that Cates’ is weaving to redefine Venom as a character. Brock was thrown into a conflict he never knew existed and therefore was in the dark for much of this story, which explains the break neck speed of the first three issues. But now Cates is taking the time to flesh out the history of the alien costume and the stake individual characters have on the conflict’s outcome.

Shanghai Red is my new favourite revenge story. Sebela’s story is very simple and it allows him to focus on the characters in depth which proves to be the most engaging part of this series. After two great first issues about Red making her way home, she finally reunites with Katie. Their reunion was realistically presented without any sense of forced drama. Kate ultimately is happy to see her sister return home, but the initial anger of being abandoned felt so real as Kate unleashes a fury on Red that was years in the making.

After that the other reason she has returned home becomes the issue’s focus – her revenge. Red is pretty vicious and knows how to kill, but frequently gets in over her head which leaves a great cliff- hanger for the next issue to resolve. Hixon’s art is great, with his use of colour creating a unique atmosphere for each scene. The linework is simple, yet conveys so much emotion, especially when the sisters are reunited. 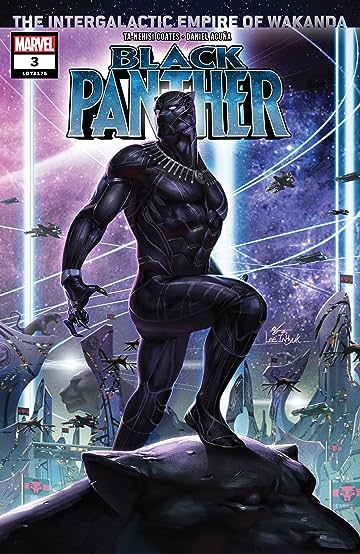 A story that started out with so much premise has started to meander quite a bit. There hasn’t been much plot development since the first issue, nor has Coates given any clear indication of the direction his story is headed towards. Despite the far to slow progression of the plot Coates does introduce some interesting ideas into the series, such as the Empire’s use of people’s memories as power. That does give readers some idea of where T’Challa will go next, but at the same time the larger scope of Coates’ story remains largely unclear.

Daniel Acuna’s art continues to impress with amazing designs and energetic action sequences. With those great illustrations and more plot progression, this storyline could easily rise to the heights of Coates’ first year on Black Panther.

What did you think of this week’s comics? Let us know in the comments!

Mathew ‘JJ’ Simoes is a human being (?) whose existence is dedicated to movies, TV shows, comic books and other associated items of entertainment. He is a Senior Editor for this fine web establishment and studies at a Canadian University. His dreams are typically in comic book format. View all posts by Mathew Simoes