“The Elders of K’un-Lun were right. They showed way too much mercy when they banished the Hand.”

Birthright. In all of its similes and metaphors is a reoccurring but heightened theme throughout the second season of Iron Fist. After then-showrunner Scott Buck’s first season left viewers expressing (sometimes harsh) criticism, new showrunner Raven Metzner is looking to address these concerns in its highly anticipated (and curious) second season. The new season’s crutch lies on the idea of improved fights, as the first season’s primary criticism was in its underwhelming fight sequences, and as a result, in lead actor Finn Jones. Marvel and Netflix brought in fight coordinator Clayton Barber – touted for working on Black Panther, hoping to bring a second wind to the tussles in the second season.

Iron Fist’s first season and the end of ‘The Defenders’ first season left K’un-Lun in ruin, the Hand’s activity unknown, and the formation of an interesting partnership between Joy Meechum (Jessica Stroup) and Davos (Sacha Dhawan).

Davos’ desire for revenge and access to his birthright as the Immortal Iron Fist is a polarizing journey throughout the first half of this season. His mysterious partnership with Joy Meechum screams questions to the viewer on the true modus operandi. We get a very personal and exclusive access to the mind of Davos and the method to his madness throughout moments in the first half of the season, raising his stock in the show the most out of all of the characters in my opinion.

Joy’s pursuit of independence, away from Danny, away from her family, and her attachment to Davos adds a new flare to her persona. Much of her interactions with the characters creates inner conflict with her ideals versus her ambitions.

More excitingly, there is an emergence of a new threat in New York City that looks to hinder Danny Rand (Finn Jones) further. Enter Mary Walker (Alice Eve) – pulling away from her origins from the Daredevil comics. Not much is known about the origin of Mary Walker nor her intentions within the Marvel/Netflix universe, but she is a major antagonist that will have profound impacts on all of the major characters.

Much of the first six episodes of the new season looks at the origin stories of many major characters in the form of flashbacks, similar to the initial episodes of the first season, expressing Danny Rand’s childhood memories before landing in K’un-Lun. Relationships – past, present, and future, as well as the theme of birthright are the focal point and basis of interaction between the characters.

Danny Rand, given the task to fulfill Matt Murdock’s (Daredevil) wish of protecting the city he loved so much also proves to enhance his character development. The added burden of this task, along with his attempts to rebuild bridges fractured and broken in the first season delves in the overall psyche and volatility in the mind of Danny.

Colleen Wing (Jessica Henwick), superstar of the first season returns in her role as Danny Rand’s lover and confidante. Her relationships with Danny, her Chinatown neighbourhood, and that of a certain police detective, carry over through to the second season as a “super-support”. With the Hand out of the picture (for now), Colleen sees herself in the middle of an uprising and growing tensions between Triad factions in Chinatown. 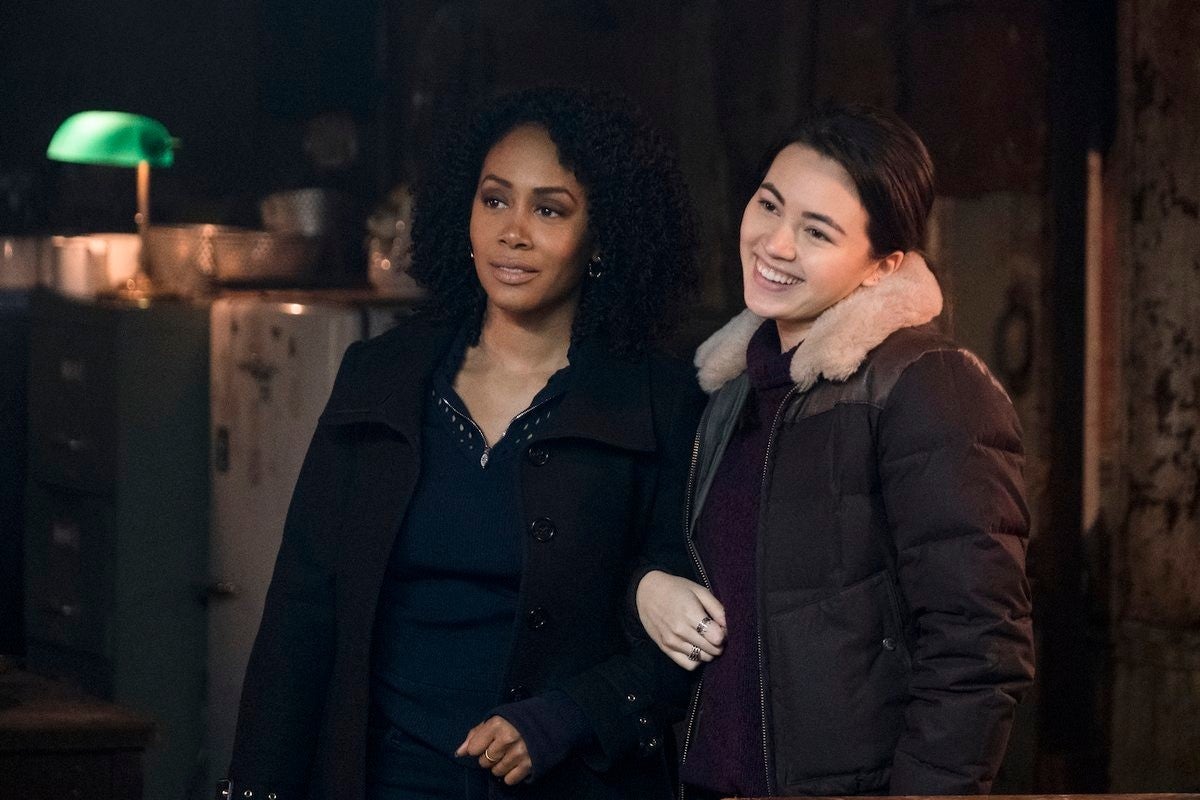 The volatility of Chinatown also puts Colleen’s ability to keep Danny’s ever-growing vigilante mindset in check to the test. The developing in the emerging duo of Colleen and Misty Knight (Simone Missick) gives viewers the same kind of jitters and glee that was portrayed in The Defenders between Danny and Luke Cage (Mike Colter) as well as teased in the second season of Luke Cage.

I feel that the major criticisms in the freshmen season such as the underwhelming fight sequences were addressed during the first half of the sophomore season. Each episode seems to dive you right into the action, giving answers first before expressing the initial questions, in a much needed and refreshing way. The story always had potential to be rich and exciting, and it seems to me that this season is beginning to realize that potential that was teased to us in the first season.

Ironically, the pacing of the show in regard to the fight sequences is one of my criticisms that I will highlight. In an attempt to exaggerate and rectify, some of the sequences seem almost forced, resulting in a reduction of the provocativeness of the more dramatic scenes. The theme of relationships is something that should further be addressed through both sprawling fight scenes with superb choreography, but equally so in the spoken word and the deep emotional and psychological moments.

In my opinion, Ward Meechum’s (Tom Pelphrey) growth was not particularly fulfilling and felt like he almost took a step back from his seemingly omnipresence in the first season. He remains a pillar of support for Danny in the form of his financial ventures, but most of his time his articulated in rebuilding his relationship with his sister.

Iron Fist season 2 in its initial look has definitely rectified criticisms in the first season. Many fans of the Marvel/Netflix universe felt like this series was a broken leg in the Trojan horse with minimal action and no real thump. The second season looks to change that perception, and if the trajectory continues throughout the remaining episodes, I genuinely feel like the stomachs of fans will be satisfied, if not biting off more than they can chew.

Season 2 of Iron Fist starts streaming on Netflix on September 7, 2018.

Drop your thoughts on the upcoming Luke Cage in the comment sections below!