Diving straight into his directorial debut, Jonah Hill delivers a real and true-to-the-time portrait of 90s ‘sk8ordie’ culture. Jonah Hill shows off some of the best of what a veteran in front of the camera can manage to do as a rookie behind it. In a matter of 84 minutes, Jonah Hill manages to curate a film that takes you on a journey with Stevie to help him find his place in the world amidst all the cultural and social volatilities in the 90s.

Mid90s, taking place in Los Angeles, peers into the looking glass of a preteen boy named Stevie (Sunny Suljic) and his journey to find a place amongst his surroundings. The film has all the makings of the 90s skater experience, and the angst felt in the transition from child to teen. Through the use of skater culture in Los Angeles, we as viewers see the necessities in forging adolescence bonds that help us question our core values, but also help us understand them better as well.

Stevie struggles to find peace within his family – a co-dependent single mom, a highly abusive older brother, and a school environment where the wealthy rule and condescend. As a result of a less-than favourable home environment, Stevie finds himself mossing at a local skate shop looking to gain favour with teens that run it. Ray, Fuckshit, Fourth grade, and Ruben all share the same common tie that binds Stevie to them, using skate culture as a way to cope and escape their own internal and external prisons. 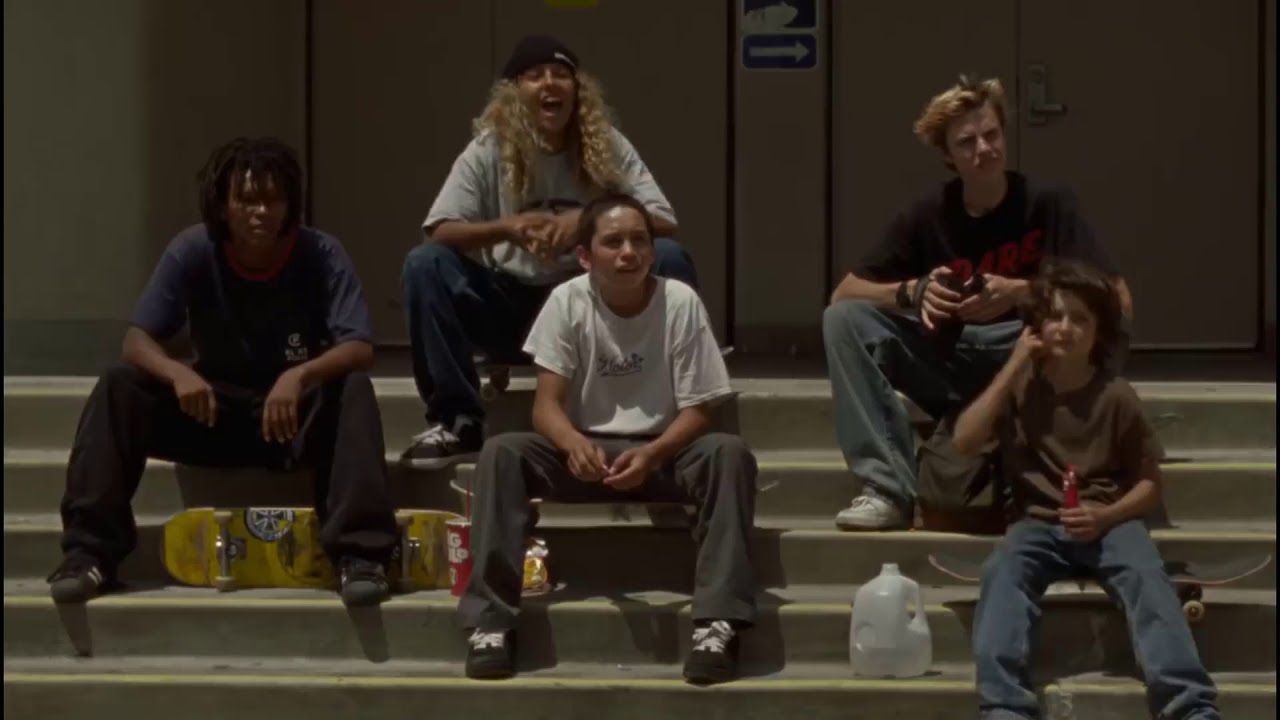 Starting off as merely just a lackey of sorts for the group, Stevie comes into his own with the group of boys, humbling us as individuals that we were once as impressionable of a young person than any one of these boys. Who we are and what we believe in is normally associated with borrowing bits and pieces of other people to help construct our own identity.

As his experiences with his new crew begin to formulate, we see his relationships with his family beginning to change as a result. Ian (Lucas Hedges), Stevie’s older brother, finds himself in a precarious situation between the beginning of the film and the end. We see periods of reflection from Ian from the start of the film to the end as Stevie’s bond with his new friends grow, and the one with his older brother, albeit abusive, begins to dwindle.

Mid90s provides its viewers with a picture-perfect time capsule into life in the 90s, filled with masculine coming-of-age, rebel and defiance. Whether you were a kid growing up in the 90s aspiring to be the next Tony Hawk or Rodney Mullen. We see a glimpse into the soul of Jonah Hill, unlike we have seen in his works in front of the camera. His vision was clearly expressed through his work behind the camera, but in the very real depictions by his diverse cast of characters. As a kid who grew up in the 90s, nothing can better express the desire of maturation and belonging in an ever-masculine time.

If this is an indication of what to look forward to moving ahead with Jonah Hill behind the camera, there is a good chance we have just witnessed the first of many great films.

Creative and tenacious writer with a passion for public affairs, and arts and culture journalism. I will be contributing to the Talkies Network on the basis of arts and culture, and its impact on entertainment and media vices. View all posts by Pran Sathiy