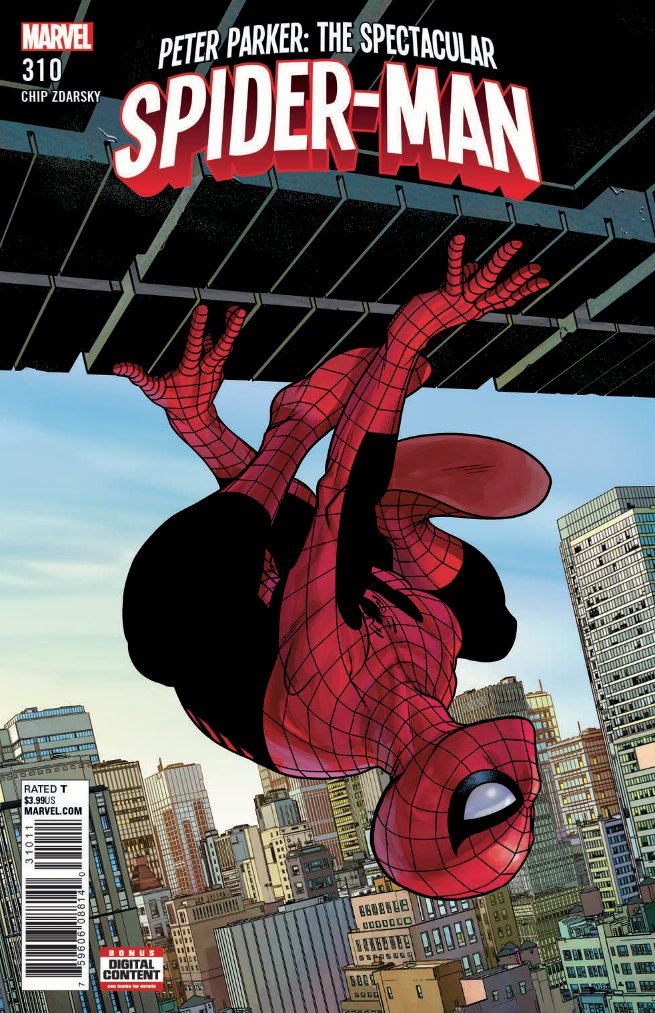 This issue marks the end of writer Chip Zdarsky’s time on the series, and the appropriately titled ‘Finale’ is the perfect cap for his run.

‘Finale’ is about Spider-Man encountering a budding young criminal and trying to help him become something better. Interspersed between the events of that story is interviews with different people about Spider-Man, which are being conducted for an upcoming documentary on the hero. Thematically this comic is very similar to Dan Slott’s final issue of Amazing Spider-Man. That is not a criticism, but this issue resonates in much the same way as Amazing Spider-Man issue 801, though it takes a different approach to the idea.

Spider-Man was always an oddity when it came to superheroes. When he was originally created in the early 60’s he was unlike any hero that came before. Young, awkward, named after an insect people generally hate and most importantly… he does not always win. Peter Parker always strives to help as many people as possible, with his heroic idealism often clashing with the harshness of reality.

The interviews that cut between parts of the main story show the many different views people hold on the wall-crawler. For some people he is annoying, represents some weird superhero version of 1984 or just plain messes up sometimes. Public perception-wise he is probably the most historically controversial hero in the Marvel Universe. No matter how much good he does, people seem to always focus on the bad. The world is against Peter Parker, but he will never stop trying to help others — which is reflected in the more positive interviews. Superheroes do not give up, even if the odds are stacked against them. Zdarsky seems to understand this perfectly and due to that he writes a comic that perfectly distills everything fans love about the character — with a good dose of humor. No writer does gags better than Zdarksy and his Spider-Man banter is always enjoyable.

Zdarsky – the highly accomplished artist of Sex Criminals – illustrates this last issue himself, and that was a smart move on his part. That is because ‘Finale’ relies so much on human emotion to convey its plot and themes. There is not a lot of action in this comic because it is, when broken down, fifty percent talking heads. Regardless of the interviews Spidey does not do much fighting of the villains per say. This is where Zdarsky’s biggest strength comes into play: his ability to draw character expressions that capture the full range of human emotions. Every frown, smile or head tilt conveys just as much information as the dialogue being said. As a result, the silent pages in this comic tend to be the most powerful.

‘Finale’ made me laugh, cry and really contemplate why I love reading about Spider-Man. However, I refuse to finish this review without at least one criticism: this is Zdarsky’s last issue on the title and that is a damn shame. One of the finest writers to spin a Spider-Man yarn in the last decade and a half. If you have not bought this comic already, find it and read it.