*I understand the game is nearly two months old, certain features were released after the games release and wanted to play and cover as much as I could in order to give the most accurate review possible*

World of Warcraft is set to turn fourteen in a few months’ time, yet more recently ‘Battle for Azeroth’ is Blizzards latest installment following 2016’s well-received ‘Legion’. Narrative is as front and center as ever jumping into the new regions of Zandalar and Kul Tiras, as well as new attempts to engage max-level players leave a lot to be desired.

Jumping straight into the leveling narratives, WoW has become more cinematic as the expansions went on and BFA’s levelling questlines are plagued with in-game cinematics in effort to immerse players further into the story, but ultimately doesn’t take away how much leveling is still grindy and repetitive. Carried over from Legion, each continent comes with three zones and allows you to structure your own adventure. I must say, going into an expansion with no clear-cut villain (yet) other than the opposing faction, and watching the general chat in the zones ponder what will occur in the coming year had me reminiscing to a time when the WoW community was more engaged with the lore. Artifact weapons are replaced by Azerite, an upgrade system for gear where the player is given options to which attributes to improve as well as a neck piece with attributes altered for your class and specialization. However, It isn’t until obtaining max level gear that these options become remotely important and half the time I find myself holding out on making my selections because I need to research which is the best for my class.

‘War Mode’ is a breath of fresh air for those looking to spice up their leveling experience. The deal here is turning on world PvP to gain more experience, better world quest rewards, and earning currency for gear upgrades. It’s an amazing middle-ground for those who don’t commit to PvP but want a chance to speed up progression in BFA, while I dare say giving off a ‘Vanilla-WoW’ feel.

Expeditions are smaller objective-based scenarios that attempt to focus on the competition of the Alliance but fall short to being as repetitive and dull as questing. The player is taken literally to the middle of nowhere to farm Azerite with a few other players. Little to no creativity to make this game mode a highlight.

Warfronts were a late addition but caused confusion at the same time, there wasn’t a much direction on how to do one which led to me and my guild just winging it and learning. Timing in particular was the biggest head-scratcher while learning, whether the Alliance or the Horde had control over the Arathi Highlands. Once controlled, it creates an environment similar to the Timeless Isle of ‘Mists Of Pandaria’ a zone of bosses and drops that yield worthwhile gear and resources however the cool-down (or the switching of control between the factions) is suspect as I was able to clear all the surrounding content quickly. Although it’s Battle For Azeroth’s marquee max-level feature and it’s unquestioned potential, it lacks structure. 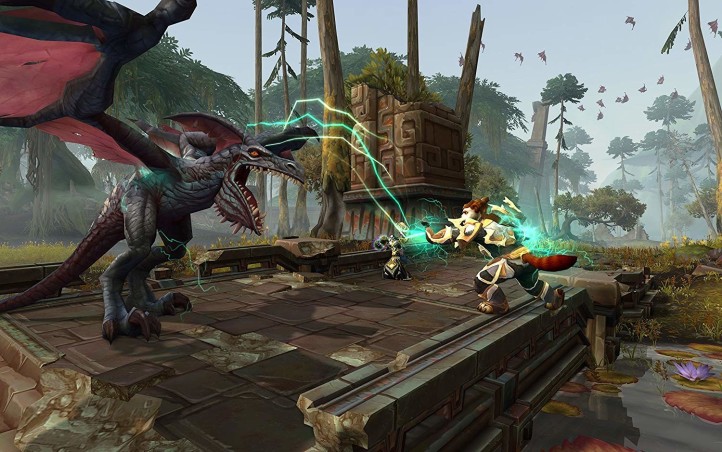 It seems as though every time a new expansion releases the games age immediately pops in the back of our minds and the current expansions must innovate for the future. Battle For Azeroth attempts to do this, but remains a work in progress. The narrative is engaging as ever, War Mode is a personal favourite for me reaching out to the PVE community to further progression. Warfronts and expeditions may give veteran players what they need but may leave newcomers to the game scratching their heads.