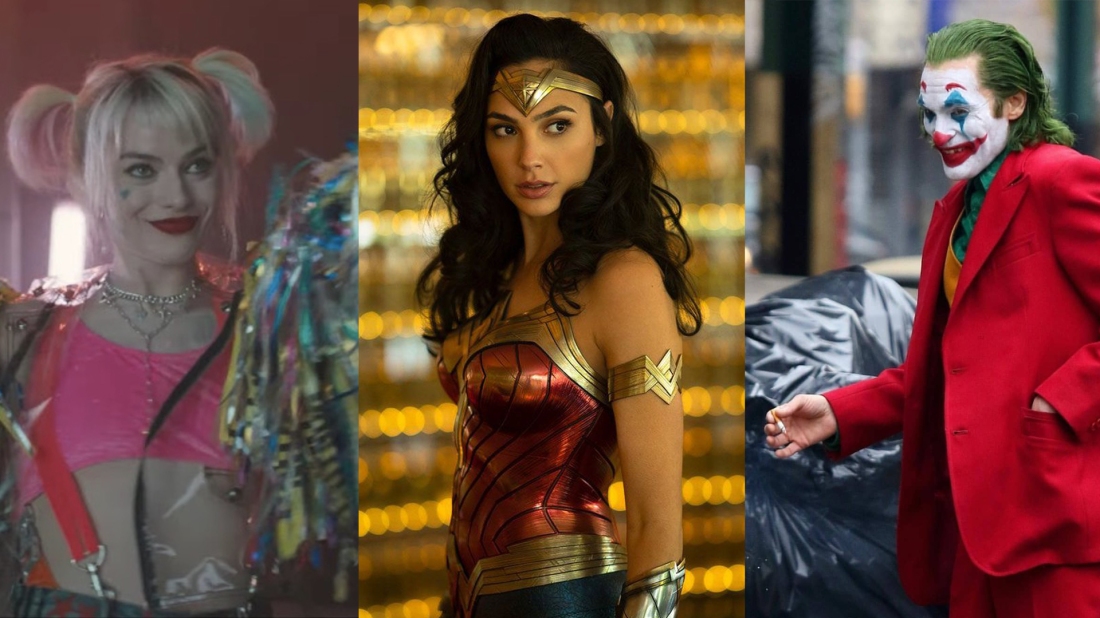 If there is one convention DC Comics own every year, it’s CinemaCon.

2019 and 2020 will be two of the most diverse years for the superhero movie genre, thanks in part to the wide variety of DC Comics films hitting the big screen. Films like Todd Phillips’ Joker, Cathy Yen’s Birds of Prey (and the Fantabulous Emancipation of One Harley Quinn), and Patty Jenkins’ Wonder Woman 1984 are all set to make a splash and today, DC showcased the first footage from each.

Thanks to contact we have attending the event, Talkies Network is able to share what was shown during each film showcase. Starting with Birds of Prey, the behind the scenes look at the still-in-production film appears on the big screen:

“Margot Robbie appears on screen and says ‘February 7, 2020, Birds of Prey is coming. I love long titles. “It’s a girl gang!” Robbie confirms that Harley is not part of the Birds of Prey, but will partner with them. The DC logo then flashes across the screen. Behind-the-scenes footage sees the crew filming in an explosive setting. Harley hangs onto a car while roller-blading behind it. Black Mask aims his gun at something. The group of five women (Harley, Cassandra Cain, Huntress, and Black Canary) walks toward the camera.”

Next up was Wonder Woman 1984. The Las Vegas crowd was treated to a sizzle reel of Wonder Woman in the DCEU, followed by shots from the highly anticipated sequel:

“Wonder Woman jumps across a street. ‘Diana is now at her full powers,’ Wonder Woman 84 director Patty Jenkins says in the sizzle reel. The footage of 1984 begins with Diana walking in front of the Washington Monument, sharing a tender moment with Steve Trevor. She whips her lasso in a mall. Kristen Wiig’s Cheetah will begin as a friend of Diana’s but eventually become her archenemy. It ends with a shot of her jetting down a street at super speed.”

DC ends their portion of the WB presentation with Joker. Director Todd Phillips takes the stage to briefly discuss the project:

“I don’t have a lot to say about the film as it’s still taking shape, but also because I want it to be a surprise,” director Todd Phillips said during the CinemaCon panel. “I supposed that’s to be expected about an origin story about a beloved character who has no definitive origin story.”

He then introduces the first trailer for the film, the same trailer that will debut online globally tomorrow:

Arthur Fleck talks with a social worker who says they are only here to help. He walks alone through the darkly lit streets. “My mother always tell me to smile and put on a happy face,” he explains. “She told me I had a purpose.” He currently works as a sign twirler, whirling them and trying to spread joy in a clown costume. A group of thugs steal the sign from him. When he chases them, they hit him with the sign and beat him in an alley. Cut to Arthur dancing with Zazie Beetz, claiming the world is getting crazy. Bryan Tyree Henry plays a nurse. Arthur, slowly losing his mind, has painted his face, teasing the famous Joker smile with his fingers. Fleck rides a train in his costume, lets out a creepy laugh and gets assaulted by men in suits. “Gotham’s lost its way,” he said. Thomas Wayne appears on TV saying “What kind of coward would do something that cold blooded.” Arthur further descends into insanity. Robert De Niro is a performer on a stage. The Joker says that his life is not a tragedy, it’s a comedy. He is seen walking down the street with flowers in his hands. In fill Joker costume, Fleck walks down a street, and dances on stairs and the curtains close on him.

The trailer garnered rave reactions from the floor, with several comparing the film to a psychological thriller more than a comic book movie.

What do you think of the footage shown tonight? Let us know in the comments down below!