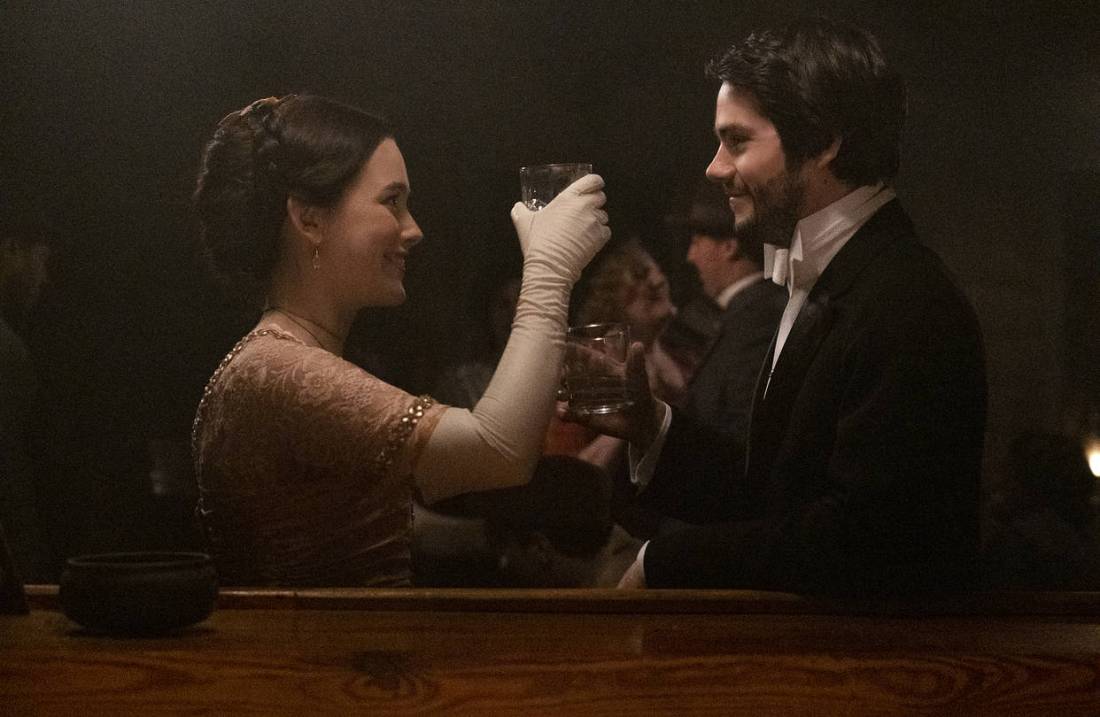 Steven Spielberg’s anthology series Amazing Stories has been re-imagined for the 21st century audience. The episode generously provided by Apple for this review is titled “The Cellar” and is surrounded around young Sam Taylor played by Dylan O’Brien (Teen Wolf, The Maze Runner) who finds himself travelling through time to Prohibition Era United States (the year 1919 specifically) after working on an old house with his brother, a construction worker. He then finds himself biting off more than he can chew as the laws of time continue to bend.

The episode is full of time-travel quips and tropes, such as the discussion of things from the future (phones fit in your pocket?), timeline complexity, and time paradox plot elements. Embedded with this is a love story that transcends time and space. O’Brien provides a solid performance as the young millennial who gets mixed up in this “timey-wimey stuff”, and is backed by Victoria Pedretti’s (The Haunting of Hill House, You) equally-gratifying portrayal of Evelyn, a young musician oppressed in her time.

This plot is not entirely original as it is riddled with many previously-seen elements of the time-travel story as mentioned above. Having said this, it delivers a satisfying story in its 52-minute run-time that wraps itself nicely with a bitter-sweet ending. The episode also tackles important themes such as woman’s rights and the woman’s suffrage movement of 1920. I was rather happy to see these themes and historic moments covered in a time-travel story since these elements of history are often glossed over in stories of this manner. The production value is quite evident as the 1919 set is exquisitely presented. Adding to this were the accurate costumes which enhanced the sense of authenticity to the period.

The show’s anthology structure and premise are proven to be successful and hits the ground running in this episode, as it successfully transports an everyday character into a world beyond their wildest dreams. Edward Kitsis’ and Adam Horowitz’s final product provides a refreshing new anthology series that looks to tackle many dramatic elements through the science-fiction drama. I thoroughly enjoyed the episode provided for consideration and look forward to watching the rest upon their release.

Ryan Guido is a student that has had an admiration for film for many years. He enjoys viewing, analyzing, and writing about film and the many components of it, and has often been called a "movie encyclopedia" by his friends and peers alike. View all posts by Ryan G