The Ten Most Epic Batman Moments of All-Time

Happy Batman day everybody! Today marks the official day to celebrate one of the greatest and most popular superheroes of all time, DC Comics’ own: Batman. Over the course of 79 years, Bruce Wayne/Batman has become one of entertainments most iconic characters, having found success in comics, television and film. So today, the Talkies Network team decided to look back on the long and glorious history of the Dark Knight and rank the ten best moments across all mediums. This was one of the hardest lists to put together, given that there were just so many moments to choose from. But, we managed to craft the ten you see below. So, read on to see our picks for the top then best Batman moments of all time!

When Grant Morrison took over the Justice League in 1997, he sought to focus on making the team the most recognizable, powerful, and long-lasting heroes in DC’s library. This was never clearer with Morrison’s take on Batman. Utilizing the White Martians as the team’s first villains to face off against, Batman, while in his plane, is shot down by the Martians and assumed to be dead. Of course, this is Batman so he survives the attack and begins stalking the villains — even going so far as to leave a threatening note for them. When he finally gets his chance to fight the crew of aliens, they quickly assume that he is no match for them. Big mistake. Batman single-handedly takes them all down using a can of gas and a match. The comic expertly showcases Bruce’s detective skills and the fear he is able to induce opponents.

While most people agree that BTAS is the definitive take on Batman, it is also agreed upon that the series gave fans THE definitive version of classic villain — Mr. Freeze. Heart of Ice was the episode where Paul Dini proved that BTAS was something special. The episode, which won an Emmy for writing, was a poetic tragedy that recounted the origins of Mr. Freeze. Batman investigates a series of ice-based heists and uncovers the sad tale of Victor Fries, who froze his sick wife to keep her alive and is fighting both to keep her in stasis and to attack the corporate executive who put her at risk. When Batman catches him, Freeze is locked up in Arkham. In a heartbreaking moment, Mr. Freeze — snow globe in hand — proclaimed that he failed his wife. He hoped that she can hear him — “someplace where a warm hand waits.”  It may be more of a Mr. Freeze moment that a Batman moment, but the utterly heartbreaking nature of Freeze’s existence earns the #9 spot on our list.

It was the catchphrase that rocked the comic book movie genre to its core. Tim Burton returned Batman to its gothic roots. The 1989 Michael Keaton-led film banished the campy tone of Adam West and embraced the noir-filled world that Batman creators Bill Finger and Bob Kane first imagined. In West’s place, Keaton emerged from the shadows as the newest caped crusader. With an updated Batsuit and a hilariously-restrictive cowl, Batman 1989 spreads his wings and flies onto the scene. Dangling a desperate thief over the edge of the roof, Batman is asked the age-old question, “Who are you?!” He answers with gusto: I’M BATMAN. This sequence alone proves that Keaton — despite all the fear surrounding his casting — was born to play the role as DC’s Dark Knight.

Epilogue in Justice League Unlimited is the ultimate episode for Batman fans. It wraps up the Batman universe, tying together Batman: Animated Series, Justice League, and Batman Beyond. Taking place years into the future, Terry McGinnis, aka Batman Beyond, learns from Amanda Waller that he is the son of Bruce Wayne, who happens to be dying. More horrifyingly, Waller reveals that he is more of Bruce’s clone, causing Terry to look at Wayne as tragic as he doesn’t want to end up like him (he doesn’t want to die alone). This leads to Waller detailing an amazing Batman moment. Ace, a very young member of the Royal Flush Gang, had powerful metal abilities that were killing her, and it was feared her death would destroy the city. Waller makes a special weapon to kill her, and sends Batman to do the job. Instead of killing her though, Batman sits, talks and listens to her, connecting to her sense of loss and lack of childhood, and offers his companionship in her final hours. The empathic and compassionate Batman we see here is very different from who we are used to. Terry, and the audience, discover what it truly means to be Batman and it is a fitting and welcoming closure to an endearing dark character.

Frank Miller’s The Dark Knight Returns is one of the most influential superhero comics of all time, having demonstrated that superhero comics can deepen the mythology of the characters as well as do it in a dark setting. The comic itself is filled with incredible moments but none more so than the opening moments of the climactic battle. Batman has managed to divert a nuclear bomb into crashing harmlessly in the desert, but the resulting electromagnetic pulse has wiped out electricity nationwide. Miller then reminds fans that even without his gadgets, Batman is Batman and so, the hero saddles up on a horse and with his army of reformed gang members at his back, leads them into battle, creating one of DC’s most iconic comic panels ever.

5. Batman and his One Rule – Batman: Under the Red Hood

No one can deny the fact that, when it comes to messing with the mind, The Joker is the best at it. He relishes causing chaos and watching his victims struggle in the aftermath. This reality plays out in the fullest form towards the end of Batman: Under the Red Hood. With Jason Todd having finally revealed his newly resurrected self to Batman, he takes his former mentor to his hideout where he is holding his murderer, The Joker, captive. Todd then goes on a long rant, questioning how Bruce can live with himself, knowing he hasn’t killed The Joker. Batman then immediately cuts all the tension in the air, proclaiming that no matter what happens, he will not allow himself to go to that place; the place he knows he can never return from. Batman is THE symbol of hope to people and Bruce knows that if he were to stoop to the level of his enemies, that would make him no better than them. It is a truly unforgettable scene and one that showcases the true meaning of Batman’s one and only rule.

4. Batman Throws Lois Lane off a Building to Beat (and help) Superman – Hush 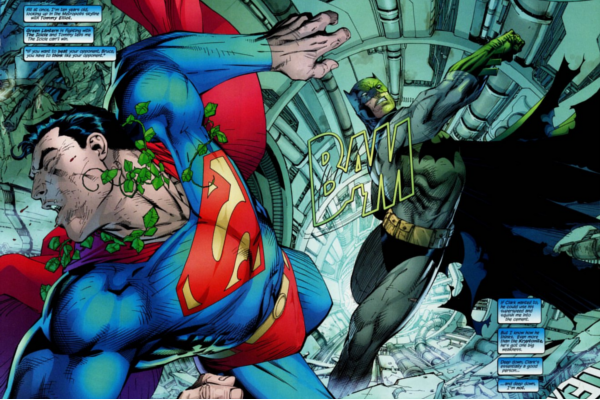 During the Hush story arc, written by Jeph Loeb, Batman discovers that Poison Ivy has taken control of Superman using her mind-control powers and is using her Man of Steel puppet to eliminate the Dark Knight. With Superman hot on his trail, Batman discovers that Superman is subconsciously trying to suppress Poison Ivy’s control, meaning that the real Clark was still floating around in there. Batman then creates the hail-Mary of plans to break Clark out of her control. Wayne instructs Catwoman to kidnap Lois Lane and bring her to the top of the Daily Planet building. Once Catwoman has Lois Lane in position, Batman stops beating the living hell out of Superman and has Catwoman enact the second part of the plan: dropping Lois off the side of the building. The sight of seeing his true love fall to her death is enough to break Supes from the mind control as he catches Lane before she falls flat. While this seemed like an unforgivable thing, Batman’s plan demonstrates that he is willing and able to anything necessary in order to benefit the greater good. 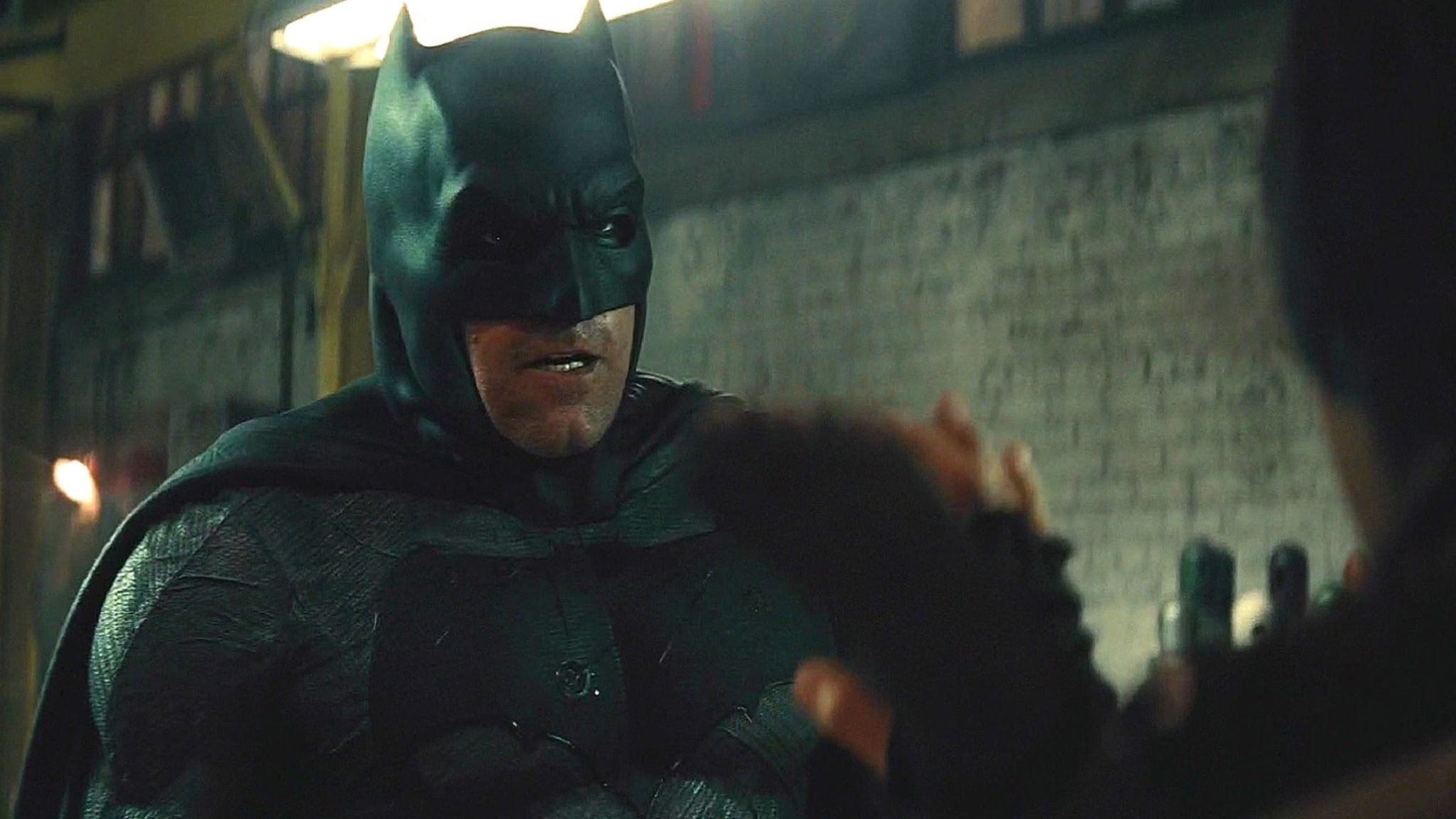 In Zack Snyder’s much-talked-about divisive film, fans finally got the Batman that Frank Miller dreamed of and the kind Arkham Asylum adored. When we first meet Ben Affleck’s Batman, he is a ceiling-crawling vigilante who brands victims with searing symbols of justice. He is at his lowest point and has resorted to outright killing low-level thugs to get the justice he wants. While his battle with Superman showed that there was still some humanity left in Bruce, the thought of letting Clark’s mother die was not going to have him return to being the no-killing hero. In an absolutely stunning sequence, Snyder unleashes the Gotham Bat. Hurling crates that split skulls and whipping jagged-edged Batarangs at his enemies, Batman brutally destroys all of Lex Luthor’s criminals as he fights his way to the KGBeast’s room. When he sees Martha at the end of a flamethrower, Batman ignites the weapon, killing everyone in the room and saving Martha’s life. Say what you will about the movie, but this warehouse sequence is the most brutal Batman we’ve seen yet.

Similarly to Batman 89, Batman: The Animated Series made expert use of the hero’s catchphrase. As Scarecrow’s fear toxin sets in, Batman hangs on to the nose of a zeppelin. His worst fears comes to life as he struggles to hang on for his life. A dark vision of his father inspires the hero to snap out his fear, loudly proclaiming that he is not failure; “I am vengeance, I am the night, I am Batman!” It is arguably the series’ most iconic and inspiring moment, showcasing that Batman is someone who never gives up, even when he’s at the brink of breaking. He climbs from the zeppelin, finds Scarecrow and defeats him once and for all. In a series that has been called the best interpretation of the character, this moment alone is arguably the sole reason needed to back up this claim.

A film that has been hailed as the greatest superhero movie of all time, Christopher Nolan’s The Dark Knight looked to strip both Batman and Joker down to their core. Which brings us to our number one Batman moment ever, the interrogation sequence. When Commissioner Gordon exits the soiled interrogation room, he leaves behind the darker version of himself: Batman in full rage mode. Lit only by a solitary light, the Joker watches as Gordon heads to the door, sniveling, “ah, the good cop, bad cop routine?” Not exactly. Batman immediately smashes the clown’s deranged head into the table, commencing a cross-examination of the most violent order. After an incredible back and forth exchange; one that further pushes Batman down the path of anger, Joker reveals that he not only kidnapped Harvey Dent, but Rachael Dawes as well. This is Batman at the height of desperation and Joker at the peak of his power. The Joker desires Batman’s life (“you complete me”), while the Dark Knight continues to squash his rooted desire to murder him (“you’re garbage who kills for money”). The scene then becomes a race against time, as Batman fails to save Rachael while Harvey has half his body burned from the flames of the explosion. This is a sequence that exemplifies the longest, and most storied rivalry in DC Comics history. It is not a battle of fists but rather of the mind. It embraces the ridiculousness of Batman and his arch nemesis while affirming Gotham’s need for such a protector. It is heartbreaking, pulse-pounding and our pick for the greatest Batman moment in history.

Those are our picks! Don’t agree with them? What is your favourite Batman moment? Let us know in the comments down below!