Right in time for Earth Day on April 22, disneynature is releasing Penguins, a fun nature documentary following a young Adélie penguin referred to as Steve who is embarking on his first mating season and all the trials that go along with it. Directed by Alastair Fothergill, no stranger to disneynature films and director of series such as Our Planet, Planet Earth, and The Blue Planet and narrated by Ed Helms, known for his roles in The Office or The Hangover, bringing you along for a fun ride with Steve.

Penguins hits the nail on the head when it comes to audience accessibility. The film is good for all audiences from young children to their grandparents and everyone in-between. Penguins presents a fun storyline, keeping us entertained with giving Steve a story and a voice that matches the personality he so clearly already has. We meet Steve as he is late, fumbling along the ice to catch up to his colony of fellow male Adélie penguins on their way to prepare for a ~romantic~ mating season. At five years old, this is Steve’s very first mating season and he wants to make sure it is perfect. Not only does he have the pressure to create the perfect nest for his future chicks, but to create an amazing impression on all those single ladies on their way. Without a mate, all of Steve’s preparation is pointless so the pressure is on. With a fun soundtrack to compliment the story, the film is thoroughly enjoyable for all ages.

Along with being fun, Penguins is also educational. Bringing us right into the life of Adélie penguins and their daily trials to survive and provide for their families On top of that, the film doesn’t stop at just penguins, we receive cameos from other animals such as leopard seals, killer whales, and other animals intertwined with the penguins life. However, Penguins is only educational to a point.

The film takes on an almost fairy-tale stance where the negatives that the penguins and animals of the north are faced with are skirted around and almost sugar coated as climate change is hardly, if at all, mentioned. This is surprising because with the film releasing right around Earth Day, you would think they would use this opportunity to discuss issues of climate change and bring awareness to these facts such as series such as Netflix original Our Planet has done with their recently released documentary series.

Ed Helm does an amazing job at bringing the film to life. Helm created a character for Steve and stuck with it, using the visuals of the film to inspire his interpretation of Steve’s innermost thoughts. Arguably, Helm’s personification of Steve the penguin is what sets the film apart from other nature documentaries.

In turn, however, since Helm was the only actor for the film, the general narration of the film overall and his narration for Steve seemed to blend together often, not leaving a distinct difference in voices. Perhaps the film would have benefitted from two separate narrators instead of relying on Helm to do both parts. 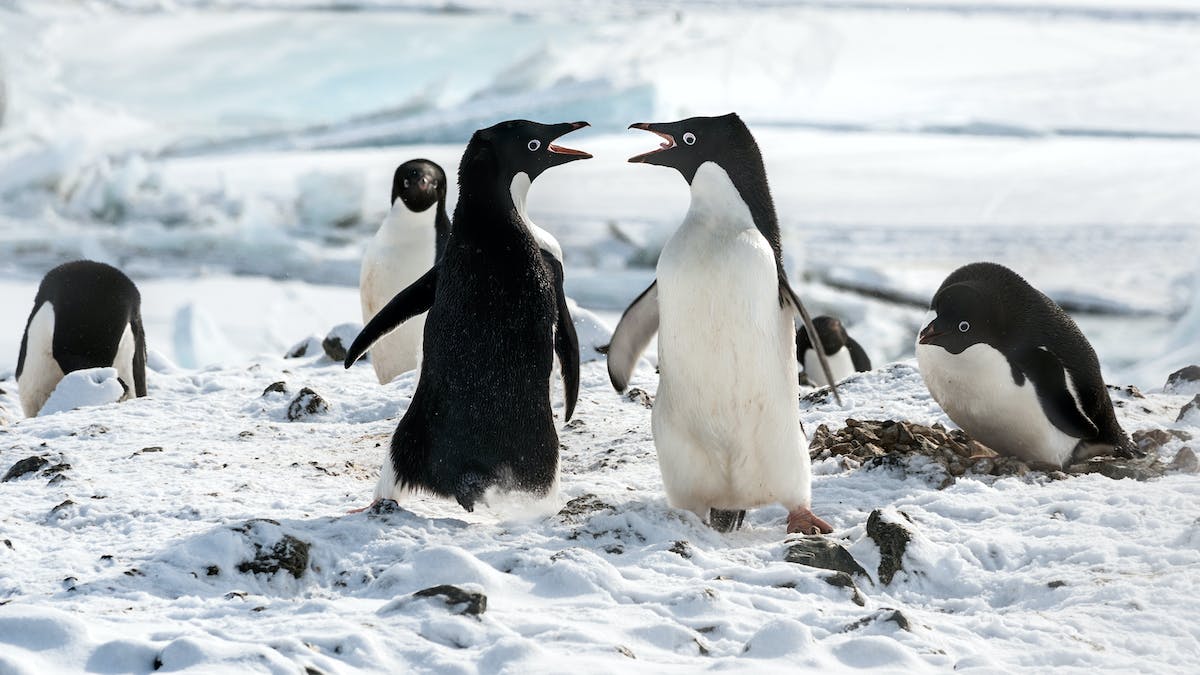 Overall, Penguins is a genuinely enjoyable film that will leave you rooting for Steve and his fellow penguins. With a fun storyline and complimenting soundtrack, Penguins is an amusing and unique addition to the collection of nature documentary films and series that have become popular in the last few years which ultimately brings light to this genre of entertainment and therefore the environment and the changes its going through, even if Penguins itself doesn’t discuss them. And if not for anything else, Penguins is worth watching for the outstanding visuals of the Antarctic alone.