Last night’s episode builds off of ‘The Riddle of the Sphinx’ cliffhanger after a the series took a brief detour in the previous episode to Shogun World.

‘Phase Space’ opens with a reversal of the usual dynamic between Bernard and Dolores, as she takes control of their meeting and runs her own tests on her frequent visitor.  This opening quickly grabs the viewers attention, but it’s also quite perplexing.  How much control has Dolores had before the hosts took over the park? This adds an interesting layer to the series that will probably play out more in the last four episodes.

The previous episode brought the series to a new part of the large theme park, which offered a different setting than the western theme park or its lower levels.  The series knew not to spend too much time Shogun World, so this episode finishes off that plot thread, returning Maeve and her group to their main task.  In terms of plot there is not anything remarkable about the Shogun World story in this episode, which more or less serves as a reminder of the lesson Maeve had learned in last week’s episode.  It covers the same ground as the prior episode, which is a shame considering how much more the series could show audiences of this new area of the park.  That being said, sword duels are always enjoyable to watch and it was good to have one more occur before the Shogun World narrative was put to rest.

This episode spent more time with the Man in Black and delved into his past through the character’s interactions with his daughter.  Their relationship adds more depth to the character as it reveals more about William’s life in the present day.  It paints a very sad picture of a man who holds onto fictional narratives as a way to avoid his actual life.  Their conversation leads to an interesting observation about Westworld, how it’s inherently a child’s fantasy, world without consequence.  You can escape from your responsibilities, my pressures.  The park is like Never-land from Peter Pan, a place static place where you don’t have to grow up, in a way acting a commentary over the appeal of video-games and possible obsessions that can result.  Much like in Never-land, William relives his youth or at least the part of his younger years spent in West World.  One can’t stay there forever as the affects can be damaging mentally, something that is shown through William’s obsession with Ford’s game.

Dolores and company did not get too much screen time this episode, but she’s clearly starting to doubt her decision regarding Teddy’s new attitude.  He may be the ruthless killing machine she needs, but he’s no longer the man she cared for, the man she wanted to save with the altered programming.  Up until this point Dolores has been fairly resolute in her viewpoint and decisions, so seeing this doubt in her eyes implies she will be learning some hard truths by season’s end.  Unless her power-hungry nature gets the better of her, but only time will tell.

The host that Delos has a particular interest in continues to act as a McGuffin of sorts and seems to be what brings many of the characters together for one final showdown.  This series has often taken jabs at corporations and commercialization, but the fact that a company is willing to sacrifice thousands for it’s intellectually property say a lot about where the world could be headed.  A very dark, yet eerily accurate bit of satire. 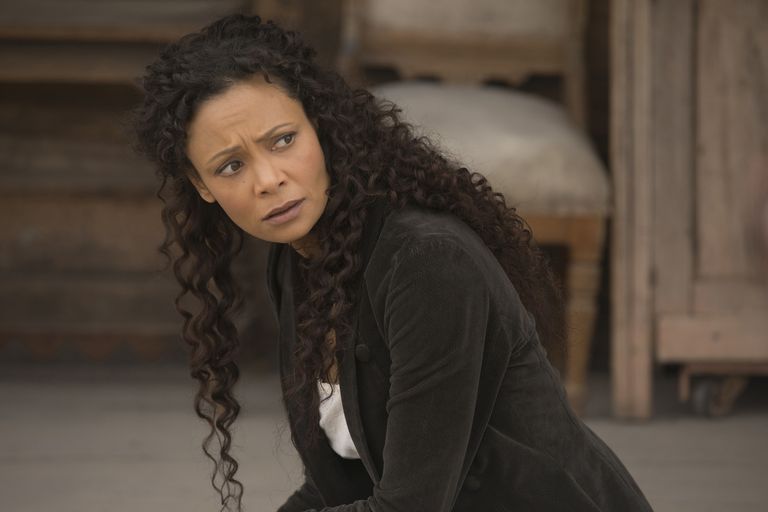 The ending of this episode was not unexpected, but that didn’t make it any less heartbreaking.  Maeve may have been removed from her original storyline in the park, but the narrative lives on without her.  Any chance of autonomy she has is challenged by a system that seems determined to show Maeve how utterly not unique she truly is, much like the previous episode.  The hosts have to battle for the autonomy they possess, and Delos’ theme park – narratives included – represent everything they have to overcome.  This part of Mave’s journey this episode should have been more of a focus, as the characters should have left Shogun World in the opening.

Bernard’s discovery of the almost sentient program blocking any attempt to hack Westworld being Ford was both surprising and fitting.  He helped engineer this host rebellion, and despite being shot in the head, he remains present in some form to keep it going.  Considering that Dolores and her uprising have found their way out of the park, Bernard does not have much time to discover the truth behind one of his creator’s remaining mysteries.

Westworld offers another intriguing episode that continues to build on the show’s themes.